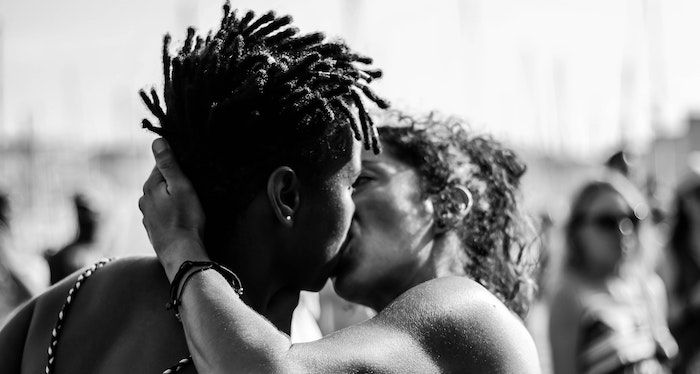 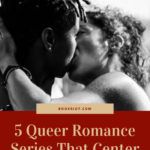 There are two things I love most in romance: a good series that I can sink into and books that celebrate queer family. I love the way a good romance series allows me to really get to know a group of characters. And if those characters happen to be a queer family—whether it takes the shape of a rock band, the denizens of a small town, or a tight-knight group of men helping each other survive in Regency London—even better.

All of these queer romance series celebrate queer family in different ways. Some focus on a small group of friends turned family. Some focus on larger queer communities. The characters are as different from each other as the families they build. What these books have in common is their portrayal of queer family as something vital and precious. These novels remind me that our ability to create family on our own terms is one of the great joys of being queer. And getting to read love stories set in and among that kind of family, romances that are held up and made possible by queer family? Bring it on. 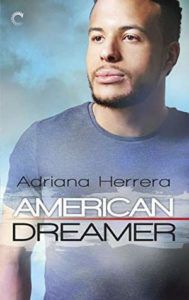 This four book series, beginning with American Dreamer, follows a group of queer Caribbean and Afro-Caribbean men in New York (the romances take place in New York City and Ithaca). There are a thousand things I love about this series. It centers immigrant experiences in real, complicated, and beautiful ways. The characters who make up this queer family of friends are all immigrants and the children of immigrants, and those identities matter. Herrera also brilliantly blends politics, social justice and activism, and romance. Every book in the series has a strong subplot or underlying storyline. And though each novel is about a different couple, this series is also about the importance of queer family and friendship. The romances are the focus, but the queer family the characters have built with each other is just as important in their lives, and it shows in the writing.

The books in this series are all standalones, and mostly feature M/M romances (the last book is M/F). But it is absolutely worth reading all four, and the last book, American Sweethearts, bings the whole series to a lovely conclusion, as all the characters head to the Dominican Republic for the wedding of one of their own. 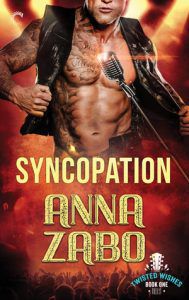 This trilogy, beginning with Syncopation, centers the members of a rock band, Twisted Wishes, who are not merely professional colleagues but also one another’s family. It’s one of my favorite queer families in all of romance, and one of the best things about this series is watching how it grows as members of the band fall in love. The first book is a romance between the lead singer and the band’s new drummer. But in the next two books, band members find love with people outside the band: in Counterpoint, Dom, the band’s guitarist falls for a quiet computer programmer, and in Reverb, the bassist, Mish, falls in love with her bodyguard. One of the tenets of queer family is its expansiveness, and Zabo does a brilliant job of writing that into these stories. They’re also very good at angst, so if you like your romance with a side order of obstacles, these books are for you.

Like the Dreamers series, these are all standalones that have their own complete plots. But you’ll get more from the series if you read them in order. The band goes through a lot over the course of the trilogy, and watching the role that queer family plays, not just in the romance arcs, but in the growth of the band itself, is an utter delight. 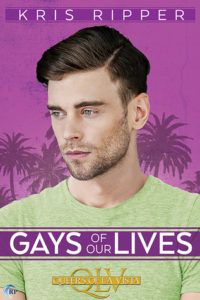 This five book series, beginning with Gays of Our Lives, is a series of love stories set in the queer community of La Vista, California. This series does have an overarching plot: a murder mystery. A string of queer people, mostly connected with the local queer club, Club Fred’s, are murdered, and the case heats up as the series progresses, finally coming together in the last book.

This series is not about one queer family, but several smaller overlapping ones. In The Butch and the Beautiful, the main character, her father, and her best friend form one kind of queer family. In the last book in the series, As La Vista Turns, that best friend falls for her pal Mildred, who lives with her own queer family: her son, and the couple from the first book in the series, Gays of Our Lives. All of these different families connect and interact with each other at the central queer gathering space, Club Fred’s.

One thing I love about this series is the diversity of queer experiences it depicts. There’s an M/M story, two F/F stories, a polyamorous M/M/M story, and an M/F story. The characters are of many races and genders, and they express their queerness in different ways. There’s also a whole slew of queer side characters. The result is a queer romance series that feels like real life: it’s about a queer community that’s messy and imperfect. Divisions between people cause real pain, but there’s also a lot of openness, celebration, and solidarity. 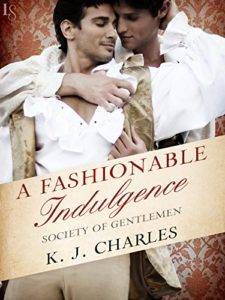 This historical romance trilogy, beginning with A Fashionable Indulgence, follows a group of queer men in Regency London who rely on each other for comfort and support. I love queer family in historical romance. There’s something soothing and affirming in reading about queer people creating space for themselves in a world that deems their existence illegal and immoral. Though many of the characters in this series are aristocrats, it also delves into the class inequities in England at the time. A Seditious Affair (one of my fav romances ever) features a Tory government worker and a radical bookseller. The final installment, A Gentleman’s Position, is about Lord Richard Vane, a wealthy man who devotes his time and money to keeping his queer family safe, and his valet. Charles thoughtfully handles the dynamics of class and power.

This series has the kind of rich historical detail and complex characters that I’ve come to expect from Charles. It also centers physical spaces where queer characters can safely congregate, which is something I always enjoy reading. Though each romance is a standalone, there are several overarching plot points that’ll be more enjoyable if you read the whole series. You’ll want to, anyway; watching this queer family stand by each other through the ins and outs of love and politics is a joy. 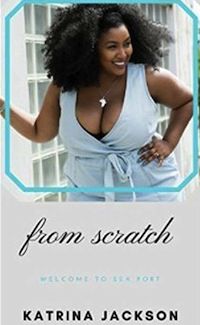 In this four book series, beginning with From Scratch, the queer citizens of the tiny Southern town of Sea Port find love and companionship. The first book is an M/M/F polyamorous romance in which Mary, the newest resident of Sea Port and owner of a bakery, falls for the chief of police and the fire chief, old friends who also fall for each other. This delightful triad features heavily in the second installment, Inheritance, an M/F romance starring the town librarian and a local contractor, and the third installment, Small Town Secrets, an utterly adorable F/F foodie romance between Mary’s baking apprentice and the owner of the town coffee shop.

This series stands out for its representation of queer folks and people of color in small towns. It stars Black and Latinx queer characters enjoying all the quirks of small-town living. These are relatively fluffy books; there’s some small town drama, but its mostly harmless stuff. A lot of the characters move to Sea Port from elsewhere to start over, and part of the joy of this series is watching them all find their place in the small but vibrant queer community.

My favorite book in the series, though, is probably the last one, Her Christmas Cookie, in which Mary and her two partners, Knox and Santos, take a holiday road trip to introduce one another to their families. It showcases the gorgeous diversity of queer families, which sometimes include bio family members and sometimes don’t, and which are by no means limited to queer people. It’s a lovely celebration of a book, full of the exuberance, silliness, and heart that I love about this series.