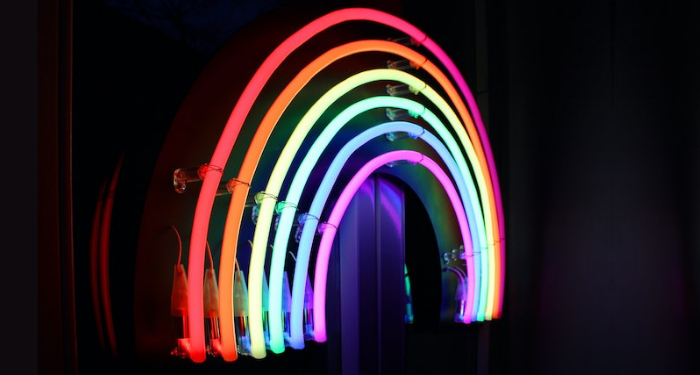 Earlier this month, I wrote about a Texas lawmaker’s attempts to have 850 books, most of them LGBTQ, pulled from school libraries. Unsurprisingly, it was an infuriating list to go through, especially as I became aware that it was clearly including any book that mentioned queer people in the description, even in passing. A small part of me, though, found some dark humor in it. Do you think these LGBTQ 509 titles listed are all the queer YA or kids’ books in existence? You have been misinformed.

I’ve been writing about queer books for more than a decade. I’ve seen the golden age of queer YA dawn. You might have been able to list and try to ban every queer kids and YA book in the 80s and 90s, but you’re too late now. Queer readers and authors have finally wedged a toe into the publishing industry, and we’re just getting started. You can ban 500 books, but more are on their way every week. Queer books are a hydra now: you cut off one head and two more will appear. We can write faster than you can even bother to keyword search. Bring it on.

When I started my queer book blog, the Lesbrary, it was possible to keep up with every traditionally published queer YA book that came out in a year. From 2011-2016, Malinda Lo kept track of them: in 2011, it was about 20 books a year. In 2016, it was almost quadruple that. And it’s only grown exponentially from there. Now, I list LGBTQ new releases in the Our Queerest Shelves newsletter every week, and I know that those numbers have just kept increasing. More exciting is that we’re seeing more trans books, more queer characters of color, more intersectional queer YA. And this is just the beginning. There are so many peoples’ stories that haven’t been told yet.

Looking at that list, I had to laugh. It’s clearly trying to ban every queer kids’ or teen book that exists, but it comes from a place of such ignorance that it can’t possibly be comprehensive. So an author who has published many queer books just has some of their titles banned, and many, many others aren’t mentioned at all. It’s better this way, obviously. I don’t want that list to be comprehensive. But it comforts me that it can’t be. Queer readers and authors know about the huge breadth and variety of queer books out there (not all of which include that in the description), but homophobic book censors don’t.

I know why this is happening now. It’s because they’ve already lost. To continue the mythology reference, Pandora’s box has already been opened. Teens know queerness exists. They’re questioning gender no matter how many book bonfires you build. Your fear already came to fruition; we’re everywhere. Queer people are in cartoons, picture books, Blues Clues, and Sesame Street. The pride parade never ends. Get on board or get out of the way.

Drag queen story hour has barely gotten started. You haven’t even heard about the polyamorous YA books yet. (You know, like the one that became a #1 New York Times Bestseller?) And the golden age of trans books is still ahead of us. This is just the beginning.

Besides, we’ve always been here. Harriet the Spy and Goodnight Moon and Frog and Toad and Where the Wild Things Are are all by queer authors. The queer children’s lit cat is out of the bag(/hat) already. There’s no going back now. We’re just not making a secret of it anymore.

If you want your kids’ lives to be small, start digging a moat. Because we’ve fought too hard and too long to shrink ourselves, hide ourselves, be palatable to a homophobic and cissexist worldview. Your kids’ classmates have queer parents. Some of your kids’ classmates are queer. Maybe your kid is. So spare me the shaming “Think of the children!!” panic, because I am. I’m thinking of queer kids, and I’m thinking about teaching kids to not carry around the hate and fear that you do.

The world is so much bigger and more complicated and beautiful than you want kids to know. They deserve the whole rainbow.