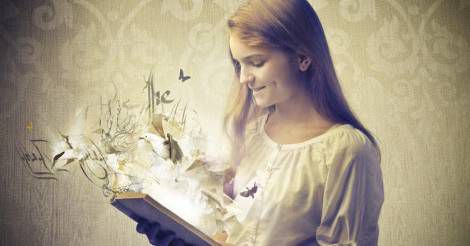 I’m a single mother by choice (yay, modern medical science!), a medievalist by study (medieval holy women rock), and a geek by nature. I will read just about anything you put in front of me, but I especially dig sci-fi/fantasy, historical fiction, magical realism, and mysteries. I’m a 4th gen AZ native, I work with English professors, and I want to write novels when I grow up. I also suspect that instead of blood, there is an odd mix of tea and wine flowing through my veins…

I’m a big fan of reimagined fairy tales. Huge. I’ll read just about any kind of Arthurian legend I can get my hands on. I love a good retelling of Sleeping Beauty or Cinderella. The darker, the better. But a recent NY Times article about the NRA retelling fairy tales sent me from zero to “what the actual fuck?” in zero point six-eight seconds flat.

The premise of the article is that fairy tales are scary and full of monsters who are out to get you. Their solution? Give Hansel and Gretel guns! Blow that witch away. Little Red Riding Hood and Granny won’t have to worry about the Big Bad Wolf if they’re packing heat. They can turn him into a lovely, warm pelt instead.

The author of the article, Liam Stack, eloquently points out the many faults in following that logic, so I won’t go over them again here. Just read the article. However, he doesn’t discuss another underlying problem with rewriting fairy tales in this way. Aside from the problems of telling stories for children which show those very children walking about with loaded guns, looking for things to kill, and not thinking of any consequences at all, fairy tales are supposed to be scary.

What kind of story would it be if Little Red Riding Hood could simply solve her problems by blowing the wolf away? What kind of hero does that? Little Red would be no different from the blood-thirsty, ravening wolf herself if she acted in such a manner. Not only would it teach children that wanton disregard for life is a viable option in real life (here’s a hint, kids: it’s not!), it would also reinforce the idea that we can win through violence. It supports a bullying mentality. More importantly, it utterly fails to teach any kind of critical thinking skills and undermines any inherent morality contained within the story. Fairy tales are supposed to teach those critical thinking skills to children in a way that they can understand and absorb. Part of the fun of Little Red Riding Hood is how she outwits the wolf. Call me crazy, but I don’t think there is a whole lot of wit present when there is a 12-gauge shotgun involved.

Fairy tales teach us that, yes, the world can sometimes be a scary place. Sometimes there are monsters or wolves or witches. Sometimes the bad guys even win. That is life. But, as G.K. Chesterton reminds us (and which everyone misquotes, so I’ll continue that tradition), “Fairy tales do not tell children dragons exist. Children already know the dragons exist. Fairy tales tell the children the dragons can be beaten.”

Fairy tales teach us that with hard work, perseverance, critical thinking, wit, and bravery (and sometimes a little help from our friends), we can overcome just about anything life throws at us. Even dragons. That is a fundamental purpose of fairy tales. To take that message away and replace it with one that teaches children to take the easy way out does an incredible disservice both to the children and to the tales, and it makes me indescribably sad to see these beloved stories being (ab)used in this way.