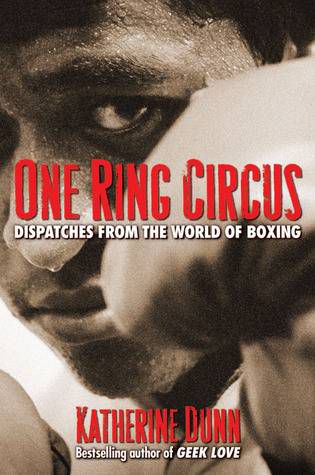 The first boxing book I remember was Lando by Louis L’Amour. Lando was one of the Sacketts, but if memory serves, he was the only Sackett tossed into a horrific Mexican prison. He survived with silver-dollar-bending strength and a hellacious skill-set of the fisticuffs variety. The Sacketts were always hard hombres, but Lando was particularly bad news. I idolized him and he lead me to more reading about boxing.

These days, the more I read, and the more widely I read, the more aware I am that boxing, or “The Sweet Science,” holds an allure for many authors. Sometimes it’s an attempt to understand the sport. Sometimes it’s an attempt to prove that it’s not a sport at all, but a barbaric enterprise: sanctioned brutality and blood for the mob. Boxing gets romanticized, demonized, misunderstood constantly, but so many authors write about it, or at least make the attempt.

I started accumulating boxing books as a young boy, and now I’m finally ready to admit that I’m never going to stop. I couldn’t get enough. Still can’t. And I’m not alone.

Hemingway wrote about boxing and boxed himself, although he may have suffered from romantic delusions. Some of cinematic storyteller Stanley Kubrick’s best work is found in his boxing photography. Norman Mailer was passionate about people hitting each other, but that’s no surprise. Read the Battle Royal opening of Ellison’s Invisible Man—it will rattle your teeth. Joyce Carol Oates wrote a book called On Boxing, and it’s great!

There are so many, but today I want to steer you towards four of my favorites. Here are a few that I would encourage anyone to start with. 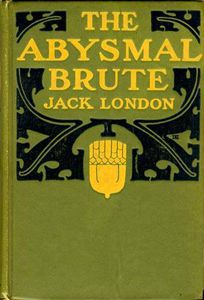 The Abysmal Brute by Jack London

This is a simple, straightforward story about a hulking (but sensitive and literate!) farmboy who comes to the big city and begins to dominate the world of boxing. He winds up fighting against the sport’s rampant corruption when he realizes that even though he’s winning his fights, (and he’d win regardless, he’s the best boxer) the fights are fixed to make money for other men. En route to the happy and inspiring conclusion–something you don’t get often with London–there’s a love story, some skillful writing about boxing itself, and a great underdog story. I’ve never heard anyone else talk about this book. Please read it. I’m very lonely. 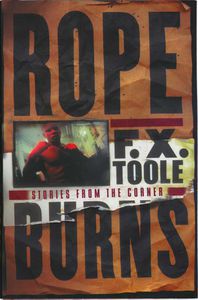 Rope Burns: Stories From The Corner by F.X. Toole

This brilliant collection of boxing stories, which houses the story Million Dollar Baby, is one of the best short story collections I’ve ever read, period. And it’s definitely my favorite collection of boxing stories. Toole was a professional cut man. He knew boxing and it shows. When someone says a book is “gritty,” I usually think of Rope Burns and wonder if they know about it. If you don’t find Toole’s writing persuasive, I fear you are simply beyond persuasion. The story of the book’s publication is pretty cool, too. 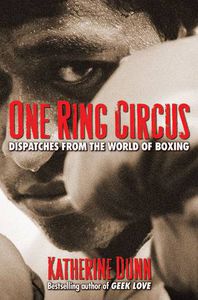 One Ring Circus: Dispatches from the World of Boxing by Katherine Dunn

Did you read Geek Love, also by Dunn? Please do. Ir you read Geek Love, would you have expected its author to write a book of boxing essays? Me either. But I’m happy to report that One Ring Circus was every bit as unputdownable for me, if less perverse and insane and obscene and with fewer mutilation-based cults 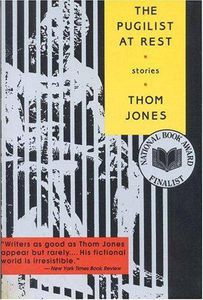 Besides Rope Burns, these two collections by Jones are as close to the visceral craziness of boxing/fighting as anything else I’ve read. Jones writes well about anger, men, mania, fists, addiction, and people edging ever closer to their limits. The stories in these books aren’t only about boxing, but they contain some of the finest boxing fiction I’ve ever read. Read Dynamite Hands and tell me you weren’t tempted to go try the isometrics exercises against the nearest brick wall. If you like these two books, Jones’s Cold Snap will also delight and/or repulse you.

And that’s that. If you have any additions to this list, please tell me. I’ve got space on my shelves for approximately one thousand more books about boxing.