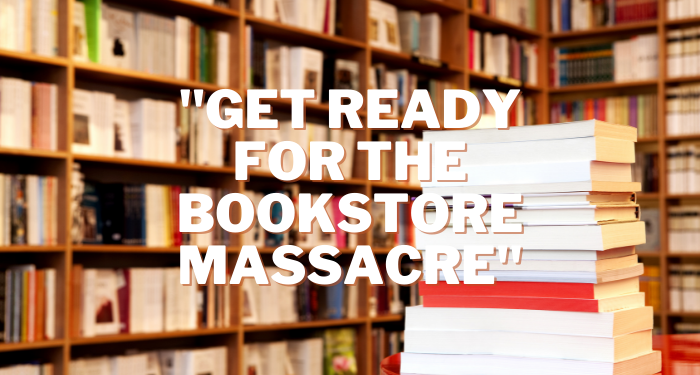 When Fifty Shades of Grey became a global phenomenon in the 2010s, publishers took inspiration and dressed their erotic books in a similar fashion. Then when The Hunger Games was adapted into film, many other young adult dystopian books followed suit, including Divergent and The Giver. Publishing, as it seems, relies on the whims of consumers to survive. It’s unpredictable at best and volatile at worst. Like other industries, it’s a business after all. Whenever a book gets hyped, publishers would chase the trend and be on the lookout for predictions. And there are many publishing predictions that never came true for the most part.

When Amazon and their Kindle entered the picture in late 2000s, everyone in publishing was worried about the future of books, the print format, bookstores, and the industry in general. Various predictions from industry professionals were published. Many would turn out to be true, and some would become total hogwash years later.

So let’s look back at the 2010s and get into some of the publishing predictions that never came true. This list doesn’t include every prediction that missed the mark because it would be a long recount of events; different people from different parts of the industry made their own wild guesses. But rather, this includes widely believed or popular forecasts.

When Amazon’s Kindle ereaders came out in 2007, many publishing professionals predicted print’s death. The future is ebook! People will stop buying print books. Print will be obsolete.

The 2010s also brought a kind of hysteria to the industry. Unsure of the future of their businesses, the Big 5 publishers were threatened by Amazon’s control of ebook prices. Before, ebooks were really cheap, and publishers didn’t like that. To wrestle control from the ecommerce giant, four of them illegally colluded with Apple.

The great ebook scare also brought this prediction that ebooks will evolve by incorporating multimedia and/or interactive content. Though these features certainly exist these days, especially in academic content, interactive ebooks have not caught on in trade publishing.

I’m a digital publisher, and aside from writing, I code ebooks for a living. Developing interactive ebooks, whether as an ePub or a standalone app, is so damn expensive. Imagine doing that for every single book. Aside from being demanding for the publisher, this is one of the reasons why, I think, they didn’t latch onto this format.

Nowadays, a regular ebook contains walls of texts and a few images here and there. For image-heavy books like comics and manga, it’s just pictures and nothing more. Even embedded videos and sound clips are rare in an ebook, except for some select children’s books. When you buy an ebook on Amazon or another popular online retailer, you won’t usually see interactive content.

They got it all wrong.

The boom of ebooks also made the publishing industry assume that Amazon would eventually adopt the ePub format. This file format is the industry standard in digital book publishing. When you download a non-DRM ebook in online stores, this is what you would usually get.

For the unaware, Amazon started out with its proprietary mobi and azw files, but switched to KF8 and KFX later on. Likewise, Amazon’s Kindle Direct Publishing, its self-publishing platform, dropped the use of mobi and adopted ePub in 2021.

Still, it doesn’t distribute ePubs to the public, like other ebookstores do. I think that Amazon is so stubborn in using its own format in order to maintain control.

Wrong. Barnes & Noble started to decline with Amazon’s continued dominance in the market. This prediction emerged sometime in 2012, when Amazon was starting to become aggressive. A year later, in 2013, Barnes & Noble’s CEO resigned because of the poor sales of the flagship NOOK ereader.

The bookstore was also plagued with many problems and controversies in the past few years. Many of its locations closed at the height of ebook’s popularity, and it plans to close more stores this year. In 2020, B&N was heavily criticized for reissuing covers of white-authored classic books that reimagine the characters as people of color.

The bookstore is now in a downward spiral.

“The End of Bookstores” and “Get Ready for the Bookstore Massacre”

Amazon and ebooks indeed disrupted an industry so used to its own ways. Many publishing professionals were scared of the increasing ebook sales at the time and of Amazon selling more ebooks than print.

But though many bookstores eventually shuttered in the following years, the prediction about all independent bookstores eventually closing turned out to be wrong. Nowadays, bookstores foster community relationships despite Amazon’s dominance. And though some didn’t survive during the COVID-19 pandemic, many are also thriving. So did bookstores end? They definitely did not.

After Amazon and ebooks, publishing will continue changing in the future. Along with these changes come the industry predictions and trends. The rise of audiobooks, virtual book events, podcasts, and AI are just a few of these. As the market shifts, though, it’s too early to tell if these really carry weight. But which do you think aren’t likely going to survive a few years from now?