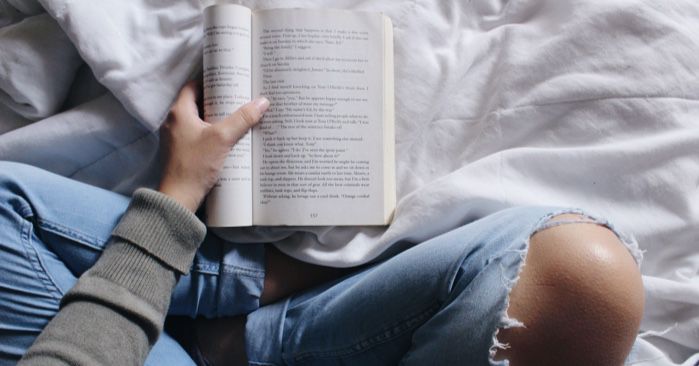 When a poet writes a prose book, it’s worth paying attention to.

Poetry has a reputation for being beautiful. That’s not to say that all poetry is “beautiful” (and it completely ignores the total subjectivity of what’s considered beautiful). It’s just got that reputation.

Why? Probably because poetry takes a skilled wordsmith to craft it. After all, poetry is (generally speaking) shorter than prose. Where prose books tend to be crammed full of words — words filling every page, sprawling from margin to margin — poetry often features a lot of white space.

It’s pared down. Editorial. Distilled to perfection. When you don’t get to use a lot of words, you have to choose each word you do use with care. There’s a level of thought and intention that goes into making poetry that’s just different than what happens with prose. Don’t get me wrong, prose is typically crafted with just as much care and attentiveness — but the sheer quantity of words involved in writing prose makes it a different beast altogether than poetry.

With that in mind, I always think a prose book written by an author who usually writes poetry is a special kind of creation. It is, as I mentioned earlier, something to notice.

So here’s a list of some prose books written by poets. They’re all wildly different from each other, from subject matter to genre. Hopefully you’ll find something on this list that calls to your readerly heart! 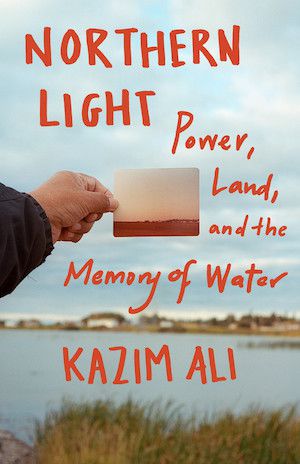 Northern Light: Power, Land, and the Memory of Water by Kazim Ali

If you thought Kazim Ali’s poetry packed a punch, just wait until you read this book. Northern Light is Ali’s writerly effort to grapple with his and his family’s history in a remote community in Canada. He recounts the formative years he spent on Indigenous lands as the child of Indian immigrants, learning about the impact of his father’s work on a dam on both the people and the environment in Jenpeg. The story he tells — of beautiful people, a unique community, and settler colonial dynamics — is an important and powerful one. The poet’s voice is evident in some of the most resonant passages, shaping the story Ali tells in wondrous ways. 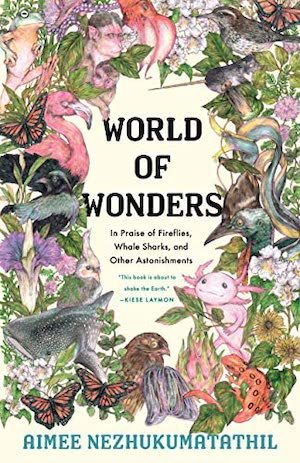 This book is part nature writing, part memoir, part cultural criticism…and every bit of it is rendered in thoughtful and striking prose. Oh, and did I mention Fumi Nakamura’s incredible illustrations? There’s something magical about the combination of personal storytelling and naturalist information. Essays like “Peacock” will have you near tears on behalf of the child Nezhukumatathil, whose closed-minded teacher does such terrible damage over a simple drawing of a bird. Others, like “Axolotl,” will immerse you in fascinating details of the unusual amphibian’s wondrous abilities even as it infuriates you about the impact of racist microaggressions. And while such a culmination of ideas could easily feel contrived, World of Wonders is as natural as the amazing creatures that populate its pages. 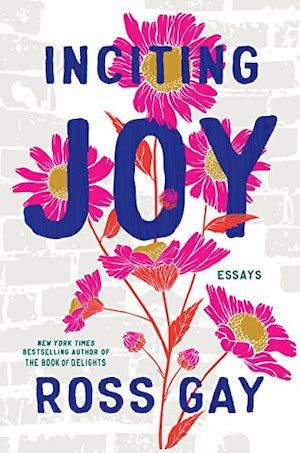 Ross Gay opens this surprising and insightful book of essays by asking “what happens if joy is not separate from pain? … What if joy, instead of refuge or relief from heartbreak, is what effloresces from us as we help each other carry our heartbreaks?” Going against conceptualizations of joy as antithetical to critical thought or at odds with pain, Gay invites readers to lean into sorrow and pain in order to create space for conversation, exchange, and (perhaps) even healing. The essays range in focus from athletic endeavors to emotions to nature and more, covering a rather impressive amount of ground even as they manage, somehow, to come together to form a cohesive set of ideas. It’s as philosophical a book as it is political, and ultimately it feels simply essential. 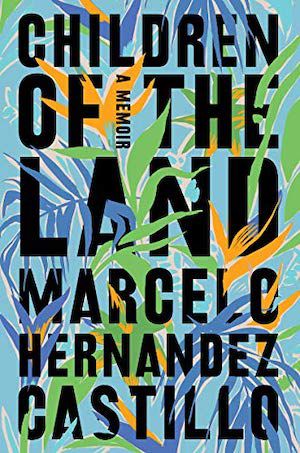 Children of the Land: A Memoir by Marcelo Hernandez Castillo

With the ability only a poet can possess, Castillo lets readers into his journey as an undocumented immigrant to the U.S. His experiences (and those of his family members) not only expose some of the realities at the core of immigration policies, but they also render in robust, living prose the impact of such policies on real people. By sharing experiences like the time the teenaged Castillo was hit by a car and his mother declined to press charges out of humble fear, he gives voice to the complex emotional and legal landscape so many undocumented immigrants walk every day. Even though Children of the Land includes its fair share of trauma and pain, it also holds space for love and hope in that special way that is so often the purview of poetry. 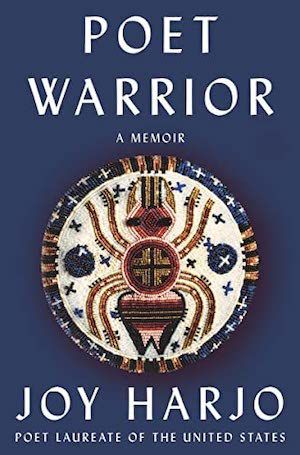 Crazy Brave, Harjo’s memoir from about a decade ago, was about the poet’s journey into the world of art and language. Poet Warrior delves into the work of the poet — not only how she came to poetry, but what she hopes and dreams her poetry can accomplish for other human beings. The prose is compassionate and caring, tending to the reader even as Harjo recounts the personal traumas and triumphs that were formative to her development and aims as a poet. It’s a special kind of memoir in that it is without a doubt about Joy Harjo’s life and work…but it’s also about poetry, about politics, about the art of the poetic craft, and about being a human creature in this vast, complex world of ours. 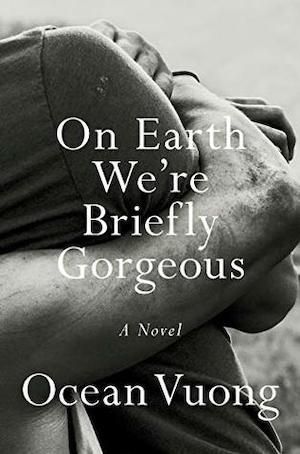 Vuong may have just published another brilliant poetry collection, Time is a Mother, but if you haven’t read On Earth We’re Briefly Gorgeous then you should definitely do so ASAP. Understood to be loosely autobiographical, its premise alone is enough to make it stand out: the novel is composed of a series of letters from the unnamed narrator to his mother, who can’t read English. The letters are lyrical and poignant, tracing connections across generations. It’s largely about the narrator’s queer sexuality and general outsiderness as a young Vietnamese American in a largely white community. It’s about love and loss, grief and family, colonialism and race. And it’s pretty much everything you might dream of in an epistolary novel by a poet. 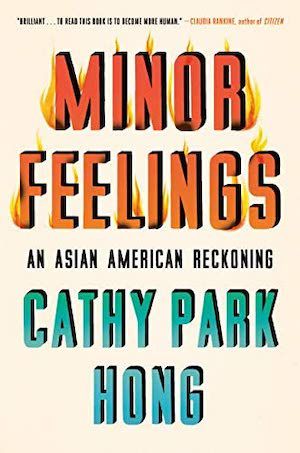 This book leaves an impression — after all, it’s not subtitled “An Asian American Reckoning” for nothing. In a series of essays, Cathy Park Hong tackles an ambitious array of social issues in what I can only describe as an effective and memorable way. In “Bad English,” for instance, she theorizes about the subversive possibilities afforded by intentionally engaging in “bad” English as an Asian American. Conversely, in “United” she explores histories of Asian exclusion in relation to contemporary instances of anti-Asian hate. As I mentioned before, the focus of each essay runs the gamut, but throughout it all there’s a blend of humor, insight, and sensitivity that will have you unable to stop reading. 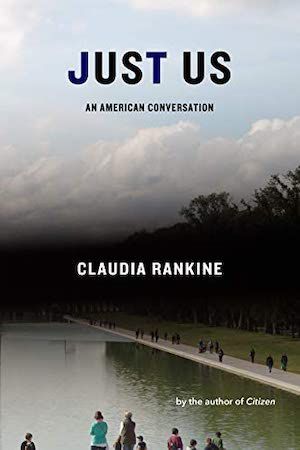 Just Us: An American Conversation by Claudia Rankine

Rankine is perhaps best known for her poetry collection Citizen, but in Just Us she tackles racism from a different angle. The title’s play on words (just us/justice) cuts right to the heart of the book: it’s about having the necessary conversations about race and racism (past and present) in the United States in service of being better as a nation. The most powerful thing about Rankine’s prose, for me, is that she models for all readers what it means to have these conversations: what it costs her, what it feels like to be a Black American woman speaking her truth, what it’s like to come up against various walls (like white rage), and why she keeps on trying to talk about the myriad dimensions and impacts of race. The form is a little unusual and extremely engaging, including photographs, data, cultural criticism, and more. 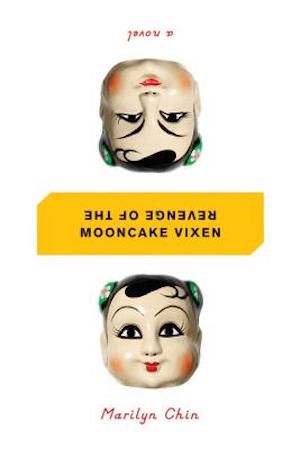 Revenge of the Mooncake Vixen: A Manifesto in 41 Tales by Marilyn Chin

Chin’s 2009 novel isn’t as new as the other books on this list, but it’s a wild ride! A little raunchy and a lot irreverent, Revenge of the Mooncake Vixen follows Chinese American twins Moonie and Mei Ling Wong on their larger-than-life misadventures from adolescence to adulthood. It’s episodic in nature (as you may have guessed from the subtitle), but reads as a novel. One of my favorite characters in this book is their grandmother — an erstwhile revolutionary, immigrant, and badass caretaker who I’d literally pay money to meet if she was a real person.

Perhaps all this talk about poetry has whetted your appetite for, well, poetry. If that’s the case, check out the suggestions on some recent lists for contemporary Black poets, poems about coming out, and poetry to get you through the winter.

Just for funsies, if you enjoyed this list, you’ll probably find this essay on the “Notes” section in poetry collections pretty engaging!