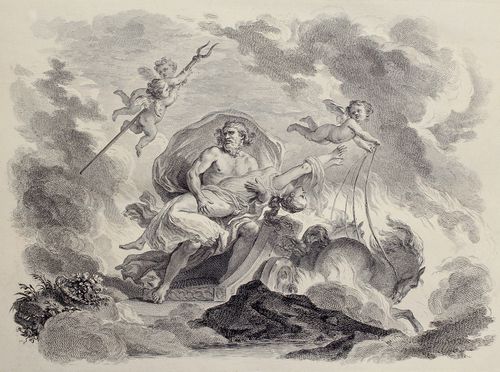 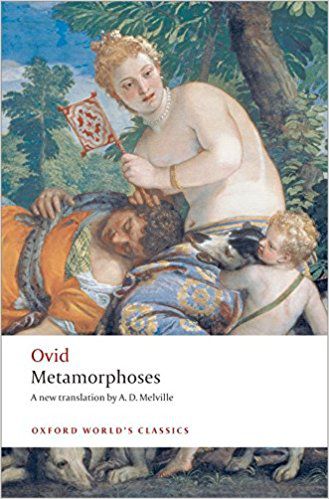 I was studying Ovid my senior year in college. It was an appallingly cold winter, I was about to graduate, and I was in an abusive relationship, the last of which infected everything in my world. Without going into details, it was a traumatic experience that made me a stranger in my own body, without my own words. I was living on a nightmare planet: objects and people that looked familiar could actually be disguised monsters who wanted to hurt me. I didn’t recognize myself or my world anymore, and I clung to anything that might give me the language to describe what was happening to me. To this end, in my hours of studying, I repurposed Ovid’s Metamorphoses to interpret myself. This exercise was an anchor that held me to the earth and quelled my instinct to crawl out of my body and run away screaming.

Make no mistake: Ovid is not kind to women. Metamorphoses is narrative poem depicting myths involving physical transformation, and women, in these myths, are denied control of their own bodies. Gods turn them into animals. Men and gods rape and kill them. They are transformed into plants and objects. They are the subject of so much violence, and I recognized myself in them.

I want to focus on one myth in particular. The god Apollo is in love with the nymph Daphne. She is frightened of him and runs away while he chases after her. They run for ages, and she is exhausted, and she prays to the gods to rescue her by changing her body so that Apollo is no longer interested in her. The gods acquiesce and turn her into a tree. Apollo approaches the tree and picks her leaves to create a wreath for himself.

I saw myself in Daphne’s desperate search for safety and how she tries one tactic after another to throw Apollo off her path. She realizes that only way to escape her terrifying situation is to get rid of her body entirely. I understood her logic immediately: no body, no problems. I already didn’t feel like a person in my abusive relationship; if I could just get rid of everything that made me a human, too, then all of this would go away. But even then, Apollo steals pieces of Daphne with which to adorn himself, and she can do nothing about it, because she is a tree and cannot run anymore. It isn’t fair. Daphne does everything she can think of to protect herself, and it isn’t enough.

When I read this myth, I felt sad for Daphne, and angry, which gave me the capability to feel sad and angry for myself. I was in a place where I did not know how or what to feel. Daphne offered me her hand and gave me some options.

I like to imagine Daphne’s story after the myth ends. Maybe she rips herself out of the earth and walks with her dirt-crumbling roots to settle, thousands of miles away, in a lush forest filled with other trees. They protect one another and play tricks on travelers who wander in their woods. Maybe she returns to her human form and enchants a river to prevent anyone who wants to claim her without her consent from crossing to her side. Maybe she fills the river with knives, for good measure. Since I can imagine a life for Daphne after her traumatic experience, maybe I can imagine a life for me after mine.

This isn’t an essay about how a book inspired me to make more healthy choices or get out of my relationship, though I did both those things eventually. Connecting with literature isn’t always about feeling inspired or hopeful. Sometimes, it’s about recognition. It’s about the power in forging the language necessary to see your life a little more clearly, in all of your pain and fear and anger, and begin imagining a future.