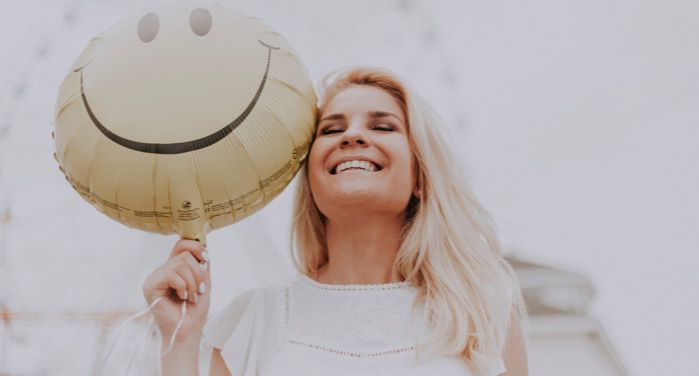 Aside from the appropriating and infantilizing use of the word “girl” in the women’s business coaching industry, the problems with Hollis as outlined by Buzzfeed are tone-deaf and many. She attributed a well-known quote by Maya Angelou as her own. The New York Times charitably called her “relaxed about crediting her sources.” She claims to be inclusive and avoids alienating her audience through politics, while heavily critiquing fat people and those who take medication to manage mental illness in her books.

But despite the public vitriol directed at Rachel Hollis, she is far from the only self-help author guilty of this toxic advice and these hypocritical behaviors. In a mostly white, mostly female, mostly American industry, the heaviest and dirtiest expectations thrust upon us by society are more present than ever, couched in the language of empowerment and inclusivity.

The most glaring source of this dichotomy is in Hollis’s relationship with the multi-level marketing (MLM) industry. Hollis is frequently called out for speaking at conferences for MLMs, where she often charges six-figure speaker’s fees. (For those unfamiliar with MLMs or why they’re harmful this article in Quartz is an excellent overview.)

It’s only natural that Hollis would speak at MLM conferences, given the parallels between the narrative of success in the influencer/personal development industry and MLMs. This narrative of success that is marketed almost exclusively to women. Both the digital marketing/influencing space and the MLM space have aggressively co-opted the term #GirlBoss into a “term of oppression.” It presents the ideals of success as easily attainable, when in fact they are reachable by only the very privileged and the very lucky.

Hollis is far from the first self-help author to make her living on the MLM circuit. Bestselling Author of Unfu*k Yourself Gary John Bishop got his start in the U.S. with Landmark Forum, a self-help seminar and likely MLM. Alleged sexual assaulter Tony Robbins sells a course on how to be a better network marketer. (Note: network marketing is a business-building strategy, but the term has been co-opted by the MLM industry as a way to mask their intentions and business model). According to The Dream podcast, Barack Obama is the only president since George H.W. Bush who hasn’t been paid to speak for Amway.

Despite the very male power structure of the MLM industry (every single top “MLM Trainer” is a man), men like Robert Kiyosaki and Warren Buffet remain largely free from criticism in comparison to Hollis. In fact, Hollis is not even listed among the top 20 “Network Marketing Trainers” (all of whom are white, 19/20 of whom are male, and two of whom are deceased). Though Hollis makes a significant portion of her income through speaking at MLM conferences, she is far from the only person to do so, and in fact is not one of the most prominent speakers at MLM conferences.

Rachel Hollis’s entire brand is built around the narrative that she is just like you. She rose to viral fame after posting this mom-bod bikini photo. She lets her audience in on her morning routine (preparing a pre-made breakfast smoothie full of inexplicable ingredients in a gleaming white kitchen bigger than an apartment I lived in for three years). Her blog is full of un-spicy posts like, “How to Style a Graphic Tee” and “Loaded Baked Potato Soup.”

Often Hollis’s advice is banal at best, and damaging at worst. In Girl, Stop Apologizing, she tells women to “ask for help” like she has — by hiring a nanny, personal assistant, and full-time housekeeper. Even before the COVID-19 pandemic, the United States was suffering from a massive childcare crisis. Most working parents are lucky to be able to afford decent daycare. When every parent you know is drowning under the stress of the pandemic (and let’s face it — women bear the brunt), a sharp, mirthless laugh feels like the only appropriate answer to Hollis’s message.

But the self-help genre is positively stuffed with thin, well-to-do white people giving bland versions of the same meaningless rah-rah advice. In her book Everything is Figureoutable, Marie Forleo pays lip service to those suffering from racism and poverty, and mentions her frequent work with nonprofit organizations. But, importantly, she speaks to her audience as if they are not. By writing to a presumptive healthy, wealthy, privileged audience, Forleo alienates those who would benefit from real help and advice.

Jen Sincero does the same thing in her bestseller, You Are a Badass. Despite Sincero’s brand being anchored on her pseudo–Riot Grrrl, punk rock lifestyle, Sincero grew up in a wealthy community in New York, and graduated from a private, out-of-state college — with no student loans.

Having privilege doesn’t mean you’ve never met with hardship. Hollis talks openly in her newest book, Didn’t See That Coming, about discovering her brother after he completed suicide and its devastating effects on her family. These revelations only make it more frustrating that Hollis refuses to acknowledge her position of privilege. Even those typically critical of Hollis (like McNeal and this blogger) concede the power of Hollis’s writing on her past. She could use these events as a chance for introspection about her wider connection to others, and her relationship to trauma.

And yet, the line the self-help “guru” walks between vulnerability and imperfection is a tenuous one. Those in the self-help genre often own up to their past trauma — but rarely dig into how it’s affected their life moving forward. They rarely acknowledge their privilege, yet use their past hardships as bargaining chips to gain credibility with their audience.

Perhaps the most unsettling anecdote in the Hollis-verse is the slogan “3%.” According to Hollis, when she told her now ex-husband about her plans to start her own business (circa 2004), he gave it a 3% chance of success. When her business made its first six figures, she gloated by buying herself a gold bracelet with “3%” stamped on it.

This story perfectly outlines the dynamics in the Hollis marriage, and by extension, Rachel Hollis’s unhealthy relationship to rejection writ large. Instead of examining why she would be content with a partner who was so unsupportive as to be practically nihilistic, she set out to prove him wrong.

By focusing only on her triumph in the 3% story, Hollis sells a neat narrative of success — and completely ignores the reality that her partner was blatantly unsupportive. This type of narrative — one which completely glosses over the ugly, messy facts of life, is shockingly common in self-help.

Marie Forleo (of Figureoutable) has a similar anecdote in her book, only in Forleo’s case, she is the unsupportive partner. When Forleo’s then-boyfriend expressed that he felt ignored in their relationship because of her crushing work schedule, she squeezed in a four-day trip to Barcelona for him. On the morning they were scheduled to fly out, she squeezed in work meetings and they had to sprint Home Alone–style to their flight, shedding much of their luggage in the process.

Forleo holds up this story as breathless proof that “you really can have it all!” But a different reading of this story shows her disregard for her partner. Instead of honoring her partner’s time by keeping their travel sacred, she scheduled some last-minute work for that day and almost made them miss their flight. A lesson laid buried in this frantic anecdote — and Forleo couldn’t see it.

There is medical evidence to suggest more positive health outcomes are correlated with positive thinking. Optimism is good for your cardiovascular health, stress level, and longevity. But when does it go too far?

Positivity that ignores real challenges and emotions is referred to as “toxic positivity.” It has a long history in the U.S. starting with the publication of the book The Power of Positive Thinking by Dr. Norman Vincent Peale. The Trump family are some of Peale’s most famous devotees, and their dedication to their own version of the truth has been glaringly on display for the last four years. An influential minister, Peale’s legacy and philosophy has trickled down to famous devotees like Joel Osteen, Tony Robbins, and Oprah. Raised a protestant evangelical, there is almost no chance Hollis escaped Peale’s legacy in church — even if it wasn’t direct exposure.

Hollis, Forleo, Bishop, and just about every successful self-help author trades in toxic positivity. Ignorant to privilege, to trauma, even to their own emotions and needs, positivity and success at any cost are the name of the game. Posts such as “stay on the lookout for goodness” are rampant on the social media pages of self-help aficionados. Yes, positivity can be healthy, but on the other hand, positivity at the expense of physical needs has devastating consequences — and Hollis is far from the only prominent figure guilty of promoting this thinking.

The impulse to read self-help is an old and storied one. Writers like Rachel Hollis, Neale Donald Walsch, and Marie Forleo will continue to make lots of money giving us banal advice on how to live our lives, and new writers will continue popping up (though let’s hope the next iteration doesn’t involve lots of swearing). The problem isn’t the impulse — the problem is who we choose to advise us. Hollis is a perfect poster child for the self-help industry and its myriad problems. She is a thin white woman who has never not benefitted from thin privilege, comes from a strict evangelical background, married an executive at a powerful company, and moved her business to her audience.

In the years since the publication of Girl, Wash Your Face, Hollis’s empire has only grown — and she’s only become more controversial. About her newest book, Stephanie McNeal of Buzzfeed wrote, “In 2020, her dogged insistence that all we need to do is choose joy, be strong, and do the work seems delusional at best and toxic at worst.” It seems Hollis, and others of her ilk, have no intention of stopping.