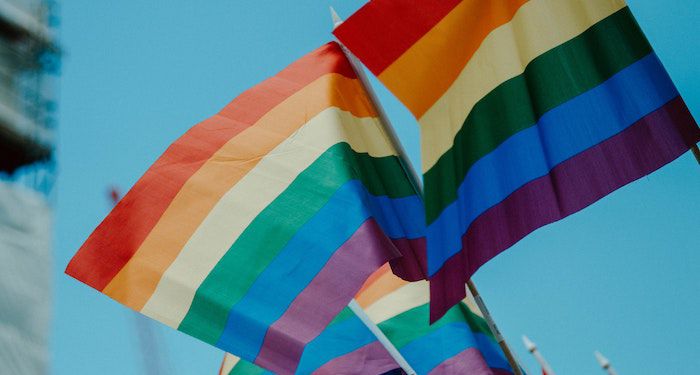 Reading comics or graphic novels has recently become somewhat difficult for me, due to what I fondly refer to as my “old lady eyes.” In physical form, sometimes the print is too small to read. And while I can zoom in digital form, sometimes you miss something important happening in the background.

So I do most of my comics reading via the Webtoons app on my phone. I can’t even remember what comic initially drew me to the app, but once I got in, I was hooked. I really love how much easier it is to read, because one panel takes up the entirety of my screen and allows me to really focus.

Now this isn’t to say that the small print problem isn’t still an issue there sometimes. I’ve had to give up on a few because of this. But for the most part, it’s a much better experience. And, surprising no one, I’m sure, I tend to gravitate towards the romance ones. Sure, there are a few horror Webtoons I like, such as GremoryLand or Witch Creek Road. But if you were to look at my subscribed ones, you would see mainly romance. Because I’m always a sucker for a good romance.

In the Kissing Books newsletter, I’ve waxed poetic about my love for the Hades and Persephone myth, and, by extension, Lore Olympus and Punderworld. But today I want to highlight a few of the LGBTQ romance comics that I’ve found in the app. This is by no means a full list, since there are tons of comics there, but here are few of the sweeter ones that I’ve enjoyed over the last few years.

The Doctors Are Out by Blau

When Fernando Guevera’s vet clinic moves in next door to Matias Guevara’s clinic, a romantic comedy of errors and misidentification occurs. The two men are as different as night and day, and this shows in their initial interactions. However, as they continue to work and live near each other, they find their feelings changing a bit.

This one is just too cute. The set up is enemies to lovers, which you know is totally my jam. But there is also a second-chance romance spin on this for both men which is sweet to see. Plus, the constant references to things being like a K-Drama is the type of fourth wall breaking I love. It’s still in the relatively early stages of the story, so you have time to catch up this one.

When Bea summons demon Laz to be her fake date to her sister’s wedding, she has no idea what she’s getting into. She intends for it to be just one night just to save face in front of her ex-girlfriend, but the contract that she didn’t read states otherwise. So, she ends up with a demon roommate until she can find a way to fulfill the terms.

Bea is a completely relatable character with her anxiety about her perceived short comings, as well as her quest for love. I also love how proudly bi she has, since we all know there has been a lot of biphobic tendencies as of late. Laz is also very charming with his 1940s speak. I don’t know what it is about a man who speaks like he walked out of a noir movie, but it just does it for me. There is also a lot of representation with the other characters, but the joy is in the Bea and Laz’s journey. The second season for this one just started a couple of weeks ago, so it’s the perfect time to jump in.

So, heads up that this one is only two seasons and is currently on hiatus. However, don’t let that deter you from starting it. The bi representation here is strong as well with main character Joanna. After getting tired of the abysmal dating scene, she ends up swiping right on a dating app and gets matched up with seven gods and goddesses. Each of them have their own plan to make Joanna their queen and reclaim their powerful position in their own pantheon. At first she tries to just get rid of them, but ends up developing her own set of feelings for each one.

This one is romcom meets mythology. Each of the gods and goddesses have their own story and personality that you can’t help but love. Like Joanna,  you’ll find yourself wanting the help them get back to their home and find their own happy ending. Again, it’s on hiatus and it’s been almost two years since the last episode. But it will be well worth the wait, I know.

Four college friends move into a former sorority house and find that they have a ghost for a roommate. Tara is chock full of wisdom and advice for all of them as they start walking across that first year from girls to ladies.

There really isn’t a linear story here. While there are a few connecting storylines, overall it reads more like vignettes. But the representation is amazing, as it has an asexual character, which we don’t see too often. I really liked that storyline, bittersweet as it was, because I appreciate how honest it was. And speaking of honest, Tara is the best sex ed teacher ever. The nuggets of wisdom she give are practical and humorous and you’ll love her. This one is completed with a total of 96 episodes, so you can marathon it in an afternoon if you wanted. And then go back and read it again.

And there you have it. These are just a few of the Webtoon comics that bring me joy and I really love their representation. Hopefully, if they’re new to you, they will bring you hours of entertainment and happiness like they did for me.