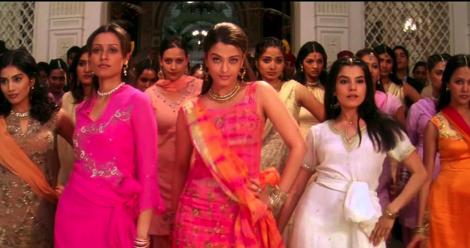 It is a truth universally acknowledged that a fine novel must be in want of a film adaptation. (Yes, I’m groaning at that, too, but I couldn’t help myself.)

Pride and Prejudice is perhaps Jane Austen’s most well-known and most-beloved novel, and the number of film adaptations reflects that. There are straight period pieces, modern updates, and even one with zombies! But which ones are the best?

Below is my personal, definitive, and highly subjective ranking of Pride and Prejudice adaptations. In making my rankings, I kept two criteria in mind, with the first being the most important. (1) How enjoyable is it? (2) How faithful is it to the source? (And by faithful, I’m thinking in terms of the style and spirit of the original.)

1. Pride and Prejudice (1995). Is there any other choice? This extremely faithful television adaptation has Austen’s wit and banter, a wonderful look, and great performances from everyone involved. It is exactly everything that an adaptation should be.

2. Bride and Prejudice (2005). This Bollywood-style musical is tremendous fun. It captures most of the high points of the plot and has a great sense of humor.

3. The Lizzie Bennett Diaries (2012). Much to my surprise, I was absolutely charmed by this modernization of the novel and eagerly awaited each new installment on YouTube. The handling of Lydia’s story was especially moving and sometimes hard to watch.

4. Bridget Jones’ Diary (2001). This romantic comedy is based on the novel by Helen Fielding, but she took the bones of her plot from Austen’s Elizabeth/Darcy/Wickham love triangle. I love this movie, but Bridget, as much as I like her, lacks Lizzie’s wit and confidence, which nudges it down a spot or two as an adaptation.

5. Pride and Prejudice (2005). I have no complaints about this adaptation. Other than finding the final scene a little over the top, it’s fine. It looks good, and the performances are mostly successful. But it also doesn’t thrill me like the novel or the more highly ranked Pride and Prejudice adaptations.

6. Pride and Prejudice (1940). I love lots of films of this era, but my feelings about this adaptation are similar to my feelings about the 2005 film. As a movie, it’s a perfectly adequate but not thrilling. As an adaptation, it falls short of 2005 in that it makes too many changes to the plot, and it attempts period costume and gets it wrong. It’s not Pride and Prejudice, but it’s not a bad movie.

7. Pride and Prejudice: A Latter-Day Comedy (2003). There’s a lot to like about this film modernization. The lead actors, especially those playing Elizabeth and Jane, are charming, and the script makes some clever tweaks to the story. I also appreciated the way the characters’ Mormon faith was seamlessly integrated into the story. But the dialogue lacks Austen’s wit and subtlety, and the plot is sometimes far sillier than it needs to be.

8. Pride and Prejudice and Zombies (2016). The joke behind this adaptation starts to wear thin about halfway through, but when it works, it’s a pretty good joke. There were some changes to Austen’s dialogue that I found unnecessary, but the fact that I noticed them shows how closely the script follows Austen. The biggest trouble is that this Darcy has the charisma of a wet dishcloth.

9. Pride and Prejudice (1980). This television miniseries suffers from being almost too faithful. I had my copy of the book nearby as I watched, and it is almost a scene-by-scene adaptation. If strict faithfulness is what you’re after, this is the version to watch. However, I felt that it was faithful to the letter and not to the spirit of the novel. The performances are competent but flat, especially among the lead characters.

10. Lost in Austen (2008). I know many, many people who are fans of this miniseries in which a modern-day Jane Austen fan ends up in the world of Pride and Prejudice. The performances and production value are perfectly fine, it has a good sense of humor. The speculation involved is fun, and I can see why others love it. But these weren’t Austen’s characters, and I couldn’t suspend my disbelief enough to appreciate it properly.