“What else can one do when he is alone in a narrow jail cell, other than write long letters, think long thoughts, and pray long prayers?” -Martin Luther King, Jr. in Letter from a Birmingham Jail

I grew up with the story of the Ten Boom family – Dutch Christians who sheltered Jews during World War Two and ended up in a concentration camp because of it. Not regular fodder for ten year old readers, maybe, but it was a story I loved. I wanted to be like Corrie & Betsie Ten Boom – strong and courageous even in the face of the Gestapo.

I recently picked up another book by Corrie Ten Boom – In My Father’s House, which tells the story of her life before the war and before the events of The Hiding Place. Reading it reminded me of how much I love to hear her stories. And it also reminded me of so many other good stories of faith behind bars… people who held on to what they believed in spite of the consequences.

Here are a few of my favorites. 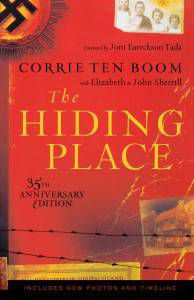 My mom read this book aloud to my sister and I when we were kids. We were basically raised on stories (from Number the Stars to Anne Frank’s Diary to Twenty and Ten) of World War Two, suffering, hope, and the importance of standing up and helping people when the chips were down. The Hiding Place was even turned into a movie back in the seventies. I rehearsed the story over and over as a kid. 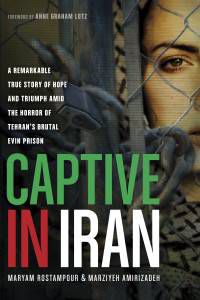 I read this book last year and it somehow just got under my skin – I still can’t stop thinking about it. Maryam and Marziyeh were held in Evin, the notorious Iranian prison, because they’d been talking with neighbors and friends about their faith in Jesus. I found this book page-turning and heartbreaking and so hopeful. 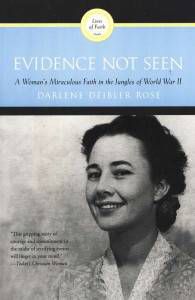 This is another book I read as a kid – Darlene Deibler Rose was held in a prison camp during World War Two. One story I always remember from this book involves a potassium deficiency caused by her nasty prison diet, which was cured when a surplus of bananas were delivered unexpectedly to her cell at just the right moment.

Dietrich Bonhoeffer’s Letters and Papers from Prison comes highly recommended, although I haven’t read this one myself yet.

And a new one: Penguin Press recently sent me For the Glory: Eric Liddell’s Journey from Olympic Champion to Modern Martyr by Duncan Hamilton. It’s the true story behind the ’80s Oscar-winning film, Chariots of Fire; but it goes beyond the more well-known story of his gold medal in the Paris Olympics to talk about his many years in China, and finally his life and death in a work camp during the war. I haven’t read it yet, but I’m always intrigued by Liddell.

Also: a quick little shout out to the New Testament, which is packed full of people being put in jail for their faith.

Ok, those are just a few of my favorites. If you have more suggestions, I’d love to hear them in the comments. In the meantime I think I’ll go reread The Hiding Place for the umpteenth time…