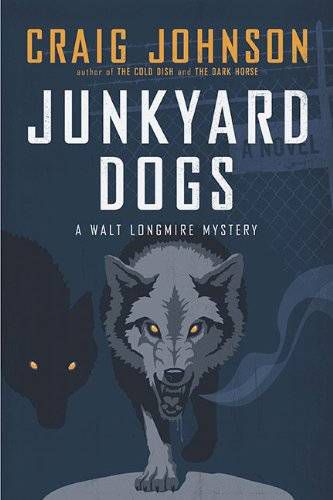 Growing up in a tiny village in the South East of England there weren’t many places you could buy comics. The village shop didn’t stock them and our nearest big town certainly didn’t have a comics shop. So my reading of them was limited to the odd copy of a childrens’ comics magazine like Bunty or the odd Judy or Mandy Annual from the 1970s gleaned from a car boot sale or church fete in the summer holidays. Until I was sixteen when a school friend loaned me her brother’s trade paperbacks of Preacher. And so I was plunged from the earnest world of The Four Marys to the slightly less wholesome one of Jesse, Tulip, and Cassidy. These two introductions to comics could not have been more different and yet they fostered an interest that has stayed with me ever since.

At the time I was obsessed with films and the cinema, I watched films all the time and when I wasn’t watching films I was reading or writing about them on the Internet. But Preacher was even better than a film, it was intense, dramatic, and really, really dark. With hindsight, and upon rereading Preacher as an adult, there’s a lot I don’t like about it and would critique fervently. But as an introduction to the form, it was an ideal way to be plunged into the world of comics. I quickly saw just how much comics could do and why they weren’t just different from films and television but that there were stories they could tell so much better.

The comics I had read as a child had a certain charm; they were full of school stories, enterprising young women, and improbably intelligent ponies, but these new comics I was reading were so very different. In Preacher I saw a story extending out over dozens of issues, not just a few pages, the characters were complex and nuanced and I found myself rooting for unarguably horrible people who did terrible things, because in Preacher everyone is ghastly. I spent hours trying to think of who I wanted to play these characters in the oft-rumored television adaptation until I realized that what makes this comic, and so many others, special is the way in which the comic book form is the only way these exact stories could be told. Unspeakable levels of violence unfold in almost every page of Ennis and Dillon’s book, violent acts that would cause untold outrage in any film or television show, and yet in this book, in this form, they do not stop the progress of the story and are not the sole focus of the narrative.

Despite my enjoyment of Preacher I remained a fairly casual comics fan for the next few years. I read a lot of superhero comics and dabbled in the odd autobiographical one alongside the classic standards of Maus and Persepolis. I enjoyed almost everything I read and have returned to Maus in particular on numerous occasions since then. However, nothing provided me with that same sense of awe I had felt upon reading Preacher for the first time. That is, until a lecturer loaned me his copy of Julie Doucet’s Journal. From the very first pages I loved this woman. I loved the way her voice seemed to jump off the page, I laughed at her jokes and fist pumped her passionate anger. I realized that comics didn’t have to look glossy, perfect, and shiny, nor did they have to be stylized and black and white. Instead they could be made from letters cut from magazines and the artwork could occasionally disintegrate into squiggles whilst still being powerful. Comics provided a space where a woman could talk about sex, her body, and her artwork in the same chapter without having to offer any sort of caveat. Julie Doucet could be furious without having to make it funny and she could be funny without having to be self-deprecating. Instead she was radically honest and her work was a revelation to me because of it. I still read fiction comics but it is peeks like this into other people’s lives that draw me in every single time.

Comics aren’t perfect, there are of course massive issues with the industry and the content of comics themselves, I only have to skim through the pages of Preacher to be reminded of that. But I will forever be grateful that my friend borrowed her brother’s books for me, because that twisted, angry, violent comic opened my eyes to a new world of comics and has helped me realize that comics aren’t just a cool way to tell a story, but that they are the only way to tell some stories.