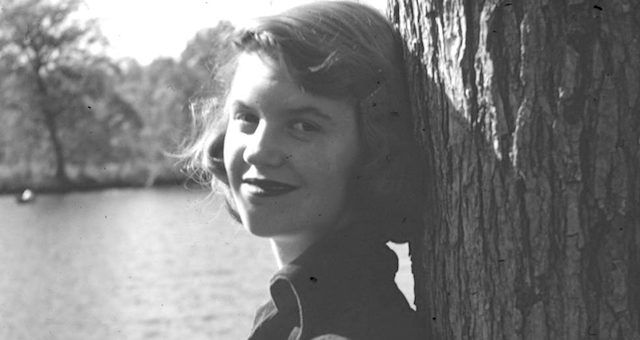 Sylvia Plath requires no introduction. In her short life, she left a rich literary legacy for all of us. Happy Birthday, you genius! Enjoy these powerful Sylvia Plath poems.

“You gave me a forever within the numbered days, and I’m grateful.”

This has to be one of Plath’s most confessional poems. She wrote this a month after her separation with Ted Hughes. The tone is dark and intensely real. She has referred to her absent father to refer to the universal victimization of women by men. The Holocaust metaphor brings out the legacy of trauma the male of the species leaves behind. There is a reference to her husband as well, whose affair with another woman triggered her suicidal thoughts.

This Sylvia Plath poem is written in the form of a villanelle (all the Killing Eve fans just got excited). The boundaries between reality and fantasy are pretty blurred here, making it difficult to decipher what is nothing but a part of the narrator’s fertile imagination. A spurned lover talks about her unrequited love, which is to some extent obsessive. Plath wrote this poem when she was in Smith College, before her first suicide attempt. It reflects the pervading theme of her poems—depression and schizophrenia. The latter was one of the leading facets of postmodern Literature.

This poem is one of Plath’s last works. It reflects the theme of resignation and hopelessness that every person who gets suicidal thoughts will be able to relate to. The adjective “perfected” is used to describe the woman. This points out how women are expected to do nothing but fit into societal standards of perfection and die. A tone of detachment all throughout the poem makes it bleaker.

This poem also talks about Plath’s multiple suicide attempts. Plath hints at attempting suicide for the third time. She is 30 years old now and in every decade of her life, she has tried to kill herself. She has been pulled back into life. However, she doesn’t feel good about it. For her, this recovery is a defeat. Now that mental illness has become an epidemic, every person who gets intrusive suicidal thoughts will be able to relate to her. It is a part of her poetry collection, Ariel.

This poem was written in 1960; in it, Plath is addressing her yet-to-be-born child. Frieda was her first child with Ted Hughes. It takes the readers on a visual journey through the womb. Even though she has a love-hate relationship with the concept of motherhood, this poem is a stark contrast to her darker poems. Plath has once mentioned how she is physically apprehensive about the process of childbirth. However, this poem captures her in her playful best.

“THE MOON AND THE YEW TREE“

In this poem, the irony lies in how Plath experiences so many beautiful sights yet finds a sense of dejection in everything. The poem revolves around the underlying theme of Plath’s strained relationship with her mother and the untimely death of her father. The moon is personified as her mother and the yew tree is personified as her father. This poem makes Plath’s strong urge to connect with nature, to put an end to her isolation, pretty obvious.

This poem was written on Plath’s last birthday before her death. She has described beautiful poppy flowers that do not bloom in October. She has also talked about a bleeding woman, whose wound is always unasked for yet she has to live through it. Poppies symbolize death and sleep. Choosing poppy flower as the primary imagery of her poem, Plath might be hinting at the deadly act she will execute upon herself in her upcoming future.