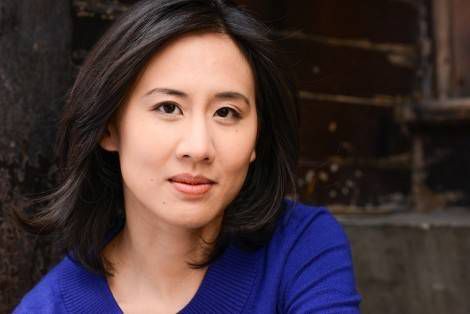 As Tolstoy so famously wrote in Anna Karenina, “All happy families are alike; each unhappy family is unhappy in its own way.” Being an avid reader, especially of literary fiction, I’ve consumed a plethora of books that revolve around unhappy families. Sometimes the families are not blood relatives. Sometimes they’re a group of individuals linked together by a common secret, sharing the silent weight of some destructive burden. Yet as a reader who is not considered to be a member of the “mainstream” demographic of a big publisher’s target audience, i.e. not white, I can count on my hand the number of novels that featured characters who looked like me. The current literary landscape may have experienced a few steps forward in the name of diversity, but progress is far from satisfactory. 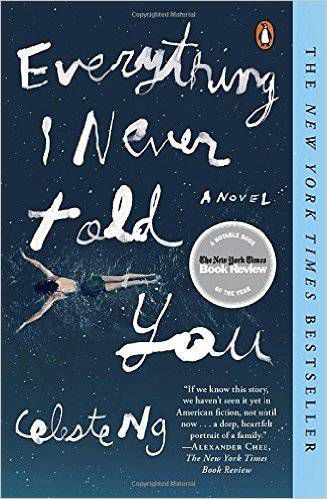 When novels such as Celeste Ng’s Everything I Never Told You hit the scene, we take notice not only due to the exceptional writing, but the fact that the family in question is not the expected status quo. I’ve been told that novels about race, devoid of whiteness at its center, are a “hard sell.” I’ve been told that characters of color need to be “relatable,” as though de-centering whiteness turns a novel into a foreign, untranslatable object. Novels that explicitly cast characters of color, especially black characters, must be “accessible” to white readers. What does accessible mean? Novels that speak to the lives of minorities must not spend too much time talking about the realities of being the Other. Unless the novel offers the compromise of a white savior, the writer risks “alienating” all those white readers and their awaiting stacks of cash. In other words, dear black writer, you must coddle your white readers unless you want to part with profits.

Ng takes the familiar elements of Tolstoy’s aforementioned quote and filters it through the lens of a Chinese-American family in 1970s Ohio. Not only must the family deal with the typical tensions that occur within a nuclear family, they must constantly battle the microaggressions and outright, ugly racism of their overwhelmingly white suburban town.

At the beginning of the novel, fifteen-year-old Lydia, the North Star of the Lee family, drowns in a nearby lake. Was it an accident or was it suicide? Who knows the truth? And what is the town’s chain-smoking bad boy down the street hiding? What does he know about Lydia’s last days alive? In his review for the New York Times Sunday Book Review, author Alexander Chee notes, “This is familiar territory, but Ng returns to it to spin an unfamiliar tale, with a very different kind of girl from the ones we’ve been asked to follow before. If we know this story, we haven’t seen it yet in American fiction, not until now.”

Ng’s narrative is expertly layered, using whiteness not as aspirational, but a ruthless, insidious destroyer of worlds. Whiteness is a catalyst for tragedy. Racism and the prevailing institution of whiteness prevents James from securing a job at Harvard. Marilyn’s whiteness is the reason why her mother cannot accept her marriage. Whiteness is the elephant in the room within the Lee family, the silent judge and jury. During an argument, James lashes out at Marilyn and accuses her of harboring the same resentments of her mother. He says, “I’m too different. Your mother knew right away…You’ve never been in a room where no one else looked like you. You’ve never had people mock you to your face. You’ve never been treated like a stranger.” Marilyn and James are both outsiders, but James realizes that Marilyn’s whiteness gives her a certain amount of privilege that he’ll never experience.

Even though the novel is based in the 1970s, the attitudes about race, racial identity, and interracial marriage felt relatively timeless. As the daughter of a Black man and an Asian woman, I’ve intimately known racism since I first started school. The white kids at my school didn’t think I was “black enough,” as though my blackness could only be determined by its juxtaposition to whiteness, determined by the so-called authority of white kids who moved through spaces that were nothing but white. Although I was certainly black enough to be teased and mocked with racial slurs and insults, I wasn’t straddling two worlds. Instead, I was told that I was too strange, unusual, and undesirable to fully belong anywhere.

Similarly, the Lee children are as American as any of their peers. Yet no matter what they do, they’re still not American enough. As Chee says, “James finally starts to see his family as the town does: a living exhibit on the question of whether an Asian man and a white woman should marry, and the children he had hoped would be accepted as third-generation Americans seen instead as immigrants at birth, arriving from an America his neighbors can’t yet imagine is possible.” For readers like me, who have always existed in that “other” America, Everything I Never Told You is a searing reminder that our voices and our stories are not an anomaly.