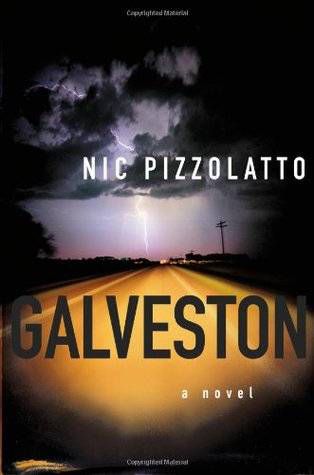 In a sense, though, it is Galveston‘s raw plot, and relatively underdeveloped themes, which Book Riot readers will find interesting. It’s fascinating to see what can happen to a set of idea when they are allowed to germinate (and strengthen) over a period of two years – not least as a way of tracking Nic Pizzolatto’s odd artistic journey. Reports suggest that Galveston is headed for the big screen. This is great news – the novel is a screenplay waiting to happen – but it will intriguing to see how the creators handle it, after True Detective. This novella about the insomnia epidemic that sweeps future-America and the team of people (The Slumber Corps) whose job it is to recruit people who can sleep to donate some of their sleep to insomniacs is Karen Russell at her weird and wonderful best. I listened to on the drive between Tennessee and Texas. It’s the story of the 12th expedition into Area X. It’s an area that was once inhabited, but that has long since been devoid of human life. The goal of each of these expeditions is to find out why. No group has ever succeeded.  This group is made up of four women – the psychologist, the anthropologist, the biologist, and the surveyor. They quickly realize that there is a bigger mystery than they could have imagined, and the biologist wants answers. The story doesn’t feel finished, which is okay, since there are two parts to come. And I have to say, I’m pretty pleased that they are coming soon. I’m beginning to think all trilogies should be saved up and printed in 6 month intervals.

–Cassandra Neace, The Best Books We Read in March 4. The Time Traveler’s Almanac by Ann VanderMeer and Jeff VanderMeer

All I needed to see here was the name “VanderMeer” and I nearly jumped through my computer screen with anticipation. That would be because I recently read and loved Jeff VanderMeer’s Annihilation (though I still have day-mares about it). This anthology of stories about time travel looks flippingly wonderful! I don’t care what the naysayers claim about time travel being impossible, blah, blah, blah, whatever. Here, the VanderMeers have collected ALL the time travel stories (ok, maybe not all, but close I’m sure), written over more than a century, including works by Adams, Asimov, Wells (of course), Bradbury, Le Guin, Martin, Gibson, and many more. Think I’ll just hop on into my time travel machine and jump to March 18 so I don’t have to wait to get my paws on this book.

–Rachel Cordasco, 5 Books to Watch for in March This is a masterfully creepy retelling of Snow White, set in midcentury New England. It’s not your usual fairy tale retelling with all the morals and characters updated to have iPhones, though–Oyeyemi takes the idea of the “evil” stepmother and the beyond-beautiful step-daughter and uses it to explore issues of race, vanity, and female relationships. The prose is deceptively simple- you’re not going to work hard, but it’ll punch you in the gut more than once. And added bonus: lots of plot twists.