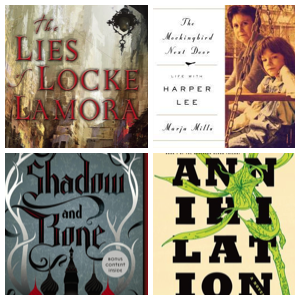 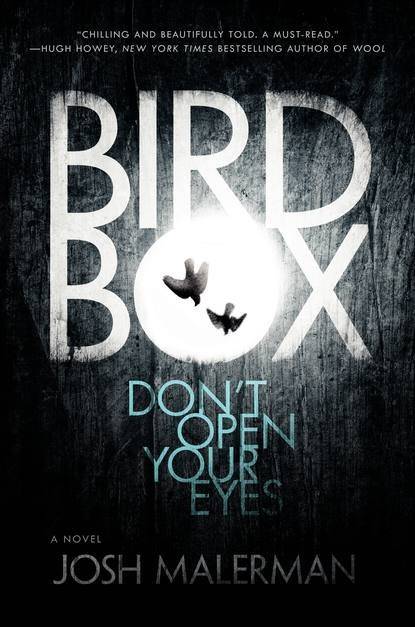 This is a perfect summer night read – you’ll scare yourself senseless! It takes place in the not-so-distant future, when Something (capital ‘S’ because no one really knows) has forced people to take shelter inside their homes and cover all the windows, lest they see…Something. Because if they do see Something, well, it isn’t pretty what happens to them. This book is so awesome. And Josh Malerman has the coolest gimmick for his events – he has people wear blindfolds while he reads! Since the moment this book came out, I’ve been shoving it into the hands of everyone I know, hell, anyone who can read! Annihilation is a short novel, but it’s as dense as the swamps and thickets of Area X, with a delicious sense of dread and wonder that twine themselves throughout the tale. A character study of our narrator, the Biologist, while simultaneously casting light on a strange new world that rings of ancient intent, Annihilation asks questions of us, of both a personal nature and of Mother Nature, while building to a climax mired in horror and truth of self. 3. Shadow and Bone by Leigh Bardugo

-Becky Cole, Why Alina Starkov Is A Badass Lady Hero You Need To Know 4. The Mockingbird Next Door by Marja Mills

The Mockingbird Next Door is the story of Mills’s friendship with the Lee sisters. It is a testament to the great intelligence, sharp wit, and tremendous storytelling power of these two women, especially that of Nelle. Mills was given a rare opportunity to know Nelle Harper Lee, to be part of the Lees’ life in Alabama, and to hear them reflect on their upbringing, their corner of the Deep South, how To Kill a Mockingbird affected their lives, and why Nelle Harper Lee chose to never write another novel. 5. The Lies of Locke Lamora by Scott Lynch

It tells the story of clever thief/con man Locke Lamora who, along with his gang called The Gentlemen Bastards, rob the rich of the city of Camorr. One day he gets a visit from a man who wants him to do one simple thing for him, but of course things never go as planned. There is mystery, swordfighting and a lot of very clever lies. It’s a sort of Ocean’s Eleven/Sopranos mix-up that takes place in a fantasy setting. Great stuff.

-Johann Thorsson, 3 Books That Will Ruin Your Summer Vacation (In A Good Way)