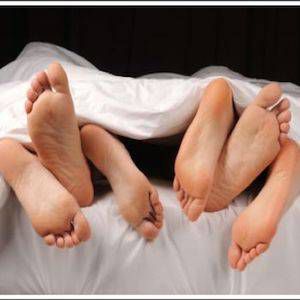 In the early days of polyamorous romance, plots focused on how to get an inexperienced heroine to accept and understand the heroes’, erm, unusually cooperative lifestyle. Often a virgin, the heroine would experience her lifetime quota of sexual partners in her first go, a strategy which gained in efficiency what it lost in plausibility. The heroes were very alpha — cowboys and assassins and such — possibly to stamp out any whiff of homosexuality. Because everyone knows that macho guys are not gay. Ahem.

A new historical romance by Megan Mulry, Bound to Be a Groom, is set in the summer of 1808. Four partners, including an English duke, a Spanish soldier, and two lovers who met at a convent — because what good are convents if not for learning how to give awesome oral sex? —  cavort their way through Spain and England while trying to figure out how two dominants and two submissives fit together in a harmonious quartet. This one is light in tone and plot, but surprisingly tender.

It seems a little counter-intuitive to me, but if contemporary fiction is anything to go by, there’s nothing like an apocalypse to produce a rigidly organized society. In Kit Rocha’s “Beyond” series, Eden is a righteous city beset on all sides by slums divided into sectors and ruled by ganglords. In Beyond Jealousy, when a crime boss’s daughter ends up in brutal Sector Four, known for booze and sin, she embarks on a sexual and emotional journey that ends in a loving relationship with two men who also love one another. Sector Four, run by the O’Kane gang (think Sons of Anarchy crossed with J. R. Ward’s “Black Dagger Brotherhood”, with bootlegging and alphabet soup orgies in place of gun running and bloodsucking) is so pansexual that it’s hard to even know which groupings are polyamorous unions and which are mere sport.

Erotic romance is not known for wasting a lot of pages outside the bedroom, but some attempt to explore the challenges of negotiating polyamory in a monogamous world. In Kelly Jamieson’s Rhythm of Three, book two of a duology set in contemporary Chicago, we see the consternation a wedding invitation provokes when “plus one” is one too few. And in Solace Ames’ The Submission Gift, set in present day L.A., explores the aftermath of a car accident that has nearly ruined Javier and Adrianna’s marriage. Jay’s ongoing health challenges lead them to hire a professional Dom (you’re just going to have to read the book to trace that causal connection), and get way more than they paid for.

Have you read any novels that explore polyamorous relationships lately? Can you recommend any polyamorous romance?