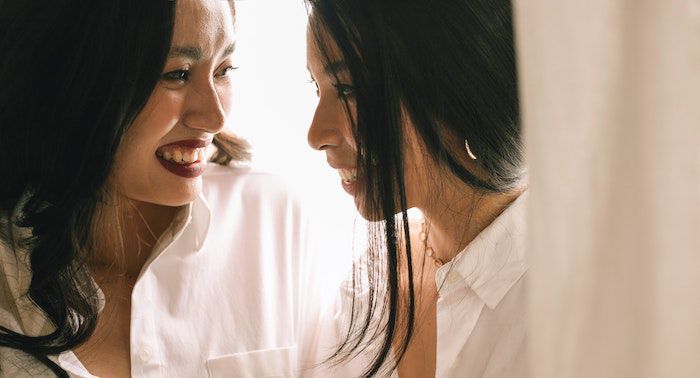 Every author makes a conscious choice to write from a particular point of view (POV), but that choice has tremendous weight in romance in particular. When I say POV, you might first think of whether the writing uses first or third person pronouns, “I/we” vs. “he/she/they.” Within third person writing, however, whose thoughts and feelings the narrator communicates is variable. Third person narratives can be omniscient, shift between close perspectives on different characters, remain static on one character, or be objective and provide no inside knowledge at all.

That last option would make for the least romantic romance of all time. Characters’ inner lives are everything in romance. We already know through genre conventions that characters are getting together in the end. So delving into their thoughts and feelings helps readers understand the actions that delay that happy ending all the way until the end, even if those actions frustrate us. I think of Courtney Milan’s The Duke Who Didn’t, an utterly charming historical romance about two reunited childhood sweethearts. They adore each other but are truly in their own way, all inside their heads. Readers have the front seat view to both of their internal dilemmas with alternating third person writing. That interiority is what makes the romance so compelling.

A related joy of reading romance is admiring what’s left out and why. It’s like appreciating the negative space in a work of visual art, or the rests in a piece of music. What’s unseen and unheard by a reader can be just as important as what is on the page. A puzzling aspect of real-life relationships is that no one can be inside someone else’s mind, understanding their motivations or hidden emotions. Romances that occasionally deny the glimpse inside can skillfully stir up the frustrations that mirror real world desires to crack the tough nuts in our lives.

Note I said “occasionally.” I know I may be somewhat alone in this camp, but I tire of single POV romances that deny readers the viewpoint of the character who is the more taciturn, stolid character. I get further annoyed when the characterization paints this character as the one who is more “left-brained.” To me, it plays into stereotypes that portray people who have a more scientific or technical bent as cold and unfeeling, when that is very often far from true. My kingdom for a romance starring a smooshy theoretical physicist!

Helen Hoang’s debut The Kiss Quotient makes a great counterpoint to novels playing into my above complaint that I’ll decline to name. The pitch for The Kiss Quotient is “gender-bent Pretty Woman.” Aren’t we so glad to have the rich characterizations of the alternating third person? Stella’s choice to seek out a sex worker to help her with physical intimacy is a bold one. For Michael, her chosen escort, developing feelings for his client is a fraught situation. A reader can really benefit from both points of view. We can sense we’re in safe hands with an author who will treat the characters with the care they deserve. And two perspectives is twice the feeeeeelings.

I could simply say that alternating third person, as seen in The Duke Who Didn’t and The Kiss Quotient, is the best choice. But as with anything in romance, I’m convinced of my stance until some author comes along and proves me wrong. It’s why I generally refrain from saying there are any sub-genres or tropes I don’t like. Someone inevitably writes something I will love despite my professed tastes.

But First Can Work

I’d been waiting for a romance with a single first person perspective where I was satisfied to never have the love interest’s perspective. I have gotten exactly that this year. This longed-for read was Second First Impressions, by Sally Thorne. I had some quibbles with this book overall, but I adored the choice to let us inside the head of the more timid character while letting the bold one speak for himself. Ruthie is an old-before-her-time employee at a retirement village owned by human disaster Teddy Prescott’s father. When Teddy has to work to earn his keep in order to crash at the village, he bumps into Ruthie. Turns out, the two have completely adorable chemistry.

We never get Teddy’s point of view because we don’t need it. He so clearly adores Ruthie from the jump, which is a romance mode I personally adore. He’s clear, expressive, endlessly flirty, and a generally externalized person. Meanwhile, Ruthie’s something of an unreliable narrator, because she can’t always believe what she’s seeing and hearing. As I read, I screamed, “LET HIM LOVE YOU.” Honestly, that’s one of my favorite things to scream while reading a romance. Right up there with “NOW KISS” and “[sexually explicit material redacted by author].”

An Oldie but a Goodie

Another book that dazzled me for its interesting POV choice is The Blue Castle by Lucy Maud Montgomery. Anne of Green Gables fans, get on this one! It’s the sole adult romance written by the legend herself. It’s written in third person with only a view into the mind of Valancy Stirling, the main character. Her love interest is the gruff Barney Snaith, and the plot entails a marriage of convenience that lets Valancy escape her meddling family.

I ought to roll my eyes at the mystery of Barney Snaith. Not only do we not get his viewpoint, he intentionally makes himself scarce to Valancy. He explicitly keeps parts of his house and his life off-limits to her. I generally bristle at these kinds of depictions of men. However, because Montgomery is such a master storyteller, astute readers will find Barney much less mysterious than Valancy does. Montgomery’s distinct authorial voice lends this extra consciousness to the story. It also provides all the purple prose I could ever want (and I want it all!), making the choice of singly-focused third person perfect. After all, a first person perspective that rhapsodizes at length about the beauty of Canadian wilderness would strain credulity, wouldn’t it? Is anyone’s inner monologue that florid? Maybe Lucy Maud Montgomery’s!

So what’s your POV on POV in romance? Dare I ask how you feel about tense choice? That’s a topic for another day, by someone with a stronger opinion than mine, which amounts to: they’re all fine. If you haven’t spent much time thinking about the mechanics of romance, perhaps embrace a slow read to give yourself time to process. If you have examples of books in which the POV choice lends an interesting quality to the romance, I’d love to hear about them!