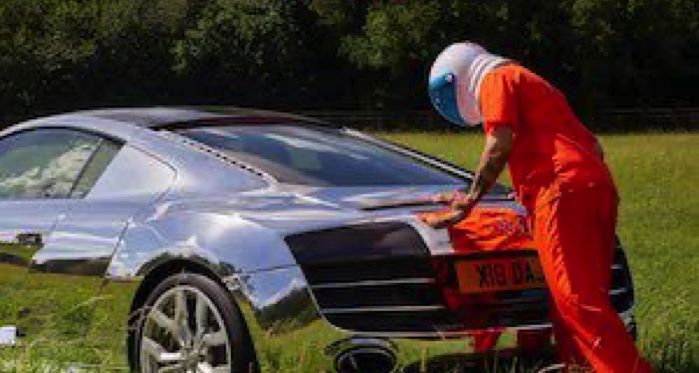 I don’t know about you, but for me, the winter months are when I most crave the particular emotional and intellectual nourishment poetry provides. Allow me to present my case. Here are a few of the reasons winter is the perfect season for poetry (in my humble opinion):

Alright, so reason #3 is pretty silly, but the gist of it is that poetry is a unique and special genre that’s perfect for the dark, pensive winter nights. So this winter, treat your heart to some poetry. And did I mention that, according to Writer’s Digest, poetry is good for you? True story.

So here are some phenomenal new poetry collections for you to sample this winter. Just to be clear, these aren’t poetry collections about winter, they’re just great options to take in during the winter (or anytime at all, really). 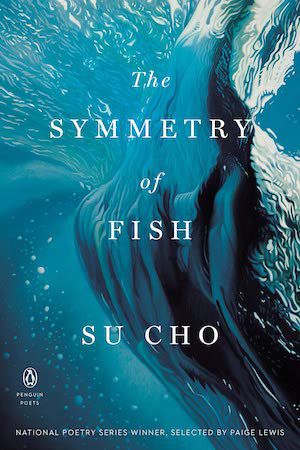 The Symmetry of Fish by Su Cho

Cho’s debut collection is a mesmerizing mélange of wondrous imagery and sharp irony. So much of the book’s beauty comes from its thoughtful treatment of language. In several poems, Cho incorporates Korean language words (sometimes playing with how those words can be mistranslated or confused for others) in her exploration of growing up in small-town Indiana as a Korean American. As such, the poetry is full of ups and downs. At times, The Symmetry of Fish captures the poignancy of the mundane, as in the lines, “some don’t understand that we can miss people next to us / how space disappears by sitting with someone in a car not saying / anything.” At other times, Cho’s pointed irony bubbles to the surface, which is evident in poems such as the one entitled “Ode to Wanting to Run Over Other People’s Children in the Church Parking Lot.” It’s an introspective collection that, for this reader, was best encountered slowly for maximum enjoyment. 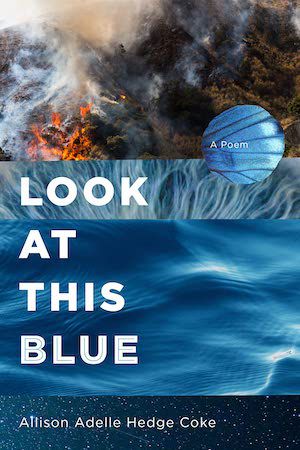 Look at This Blue by Allison Adelle Hedge Coke

In some places, Hedge Coke catalogs the vast array of endangered and extinct flora and fauna; that these lists include only species indigenous to California only amplifies the overwhelming sense of devastation. That they’re delivered between and alongside lists of atrocities (such as massacres) fosters a connection between the environmental destruction humans have wreaked and other consequences of human violence and discrimination. Even as Look at This Blue reads as a love song to California, this is no starry-eyed Disney love song. It’s a battle-worn love song that exposes the damage and trauma, acknowledging small moments of healing alongside damning evidence of harm. Near the center of the collection, Hedge Coke writes, “Not breaking this up for comfort.” And it’s apt: her poetry is relentless, but in its relentlessness is a call to action — an insistence that we can do better, be better. To this end, a five-page-long section titled “Do the Work” containing contact information for a wide array of environmental and social justice organizations follows the poetry, providing a direction for some of the intense feelings the collection calls forth. 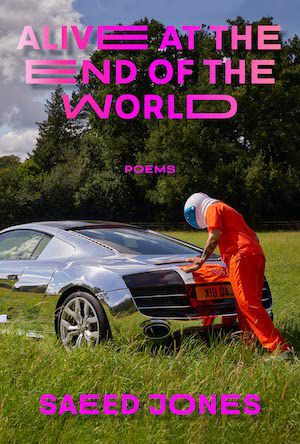 Alive at the End of the World by Saeed Jones

Alive at the End of the World is a poetic onslaught of raw emotion — in the best kind of way. It’s one of the more intense collections I’ve read in a while, as Jones simultaneously explores his grief over his mother’s passing, widespread violence in the U.S., and the latest iterations of racism — as well as the pasts they tap into. In one poem, Jones introduces a robot-boy character and writes, “The end of the world is a boy who feels all the pain we give him but never bruises, never has a history to show for who happened to him. The end of the world is a boy all alone in an electric dark telling himself a story to keep from crying without tears.” Oof. The whole book is full of powerful moments like that, each composed of carefully curated words set against a backdrop of the repeated refrain that this is the end of the world. This book feels absolutely necessary right now. 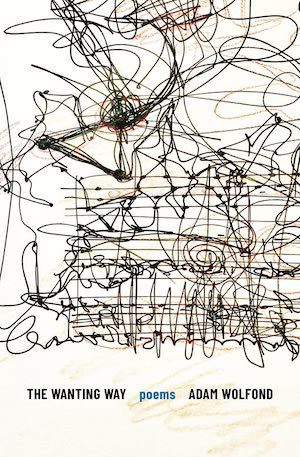 The Wanting Way by Adam Wolfond

The Wanting Way will feed you for an entire season, if not more. Part of Milkweed’s series by neurodivergent writers, the collection uses language in a distinctive and memorable way. There’s something about Wolfond’s images that just captivate. Additionally, the sparing manner in which the words are arranged on the page creates a sense of quiet that complements wintertime perfectly. For example, in “The Ways of Yearning” he writes, “I must follow the thread to the end I ask others to unravel with me / It’s not about me / it’s us / we / unravel / unball.” It’s the kind of collection you can return to again and again, and each time it’ll speak to you in a new way. 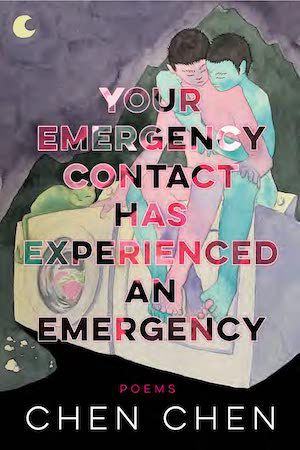 Your Emergency Contact Has Experienced an Emergency by Chen Chen

Chen Chen’s second collection feels urgent. It grapples with the experience of being queer and Asian American in the current moment with its attendant pandemic, Trumpism, and rampant gun violence. The focus of the poems rove just as freely between anti-Asian hate, homophobia, and political rhetoric as they do across surprising visions of the world we live in. Lines such as these spring up throughout the collection like unexpected flowers composed of words: “Some of my favorite sunlights / include those that arrive in December / like gasps, like they’ve walked into a surprise // party, & they are the party, & it / is a ghost party.” There were moments where I laughed out loud — such as the opening of a poem called “Doctor’s Note” that reads, “Please excuse Chen Chen from class. He is currently dead. He came in last Thursday, exhibiting clear signs of dying, such as saying in a clear voice, I am nothing except the desire to listen to Coldplay” — and others that made me pause for days to consider what I’d read and contend with the emotions that lie always just below the surface of this collection. 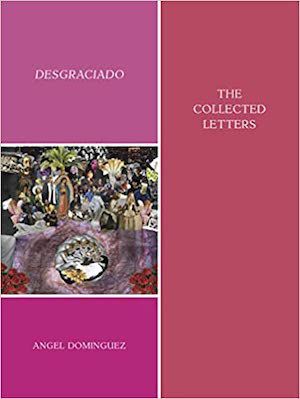 In this series of epistolary prose poems to 16th century friar Diego de Landa — a figure described as a “Spanish murderer, pillager, and rapist” in the book’s introduction — Dominguez writes with a profound intensity. Each poem is self-contained even as it connects to others in the collection. Common themes of colonization, racism, and homophobia permeate the collection and descriptions of violence sit uncomfortably alongside images of flowers and nature. But this discomfort is vital to the collection’s impact. Take these lines as an example: “My mouth sprouts mimosa flowers and I begin vomiting acres of rain. I get so sick when I enter language without my body. All of my talismans of self crumble under the weight of whiteness which demands acquiescence: the colonizers require you to colonize too and be colonized over and over and over again until you forget how to pronounce your name.” Need I say more? 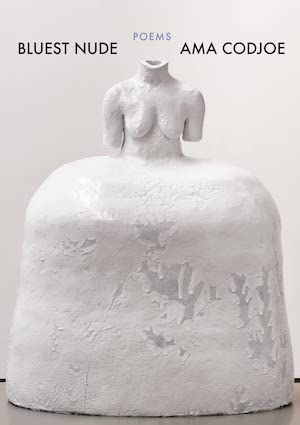 Bluest Nude is populated by women — strong women, young women, literary women, queer women, knowing women, hungry women…you get the idea. For instance, near the end of the titular poem “Bluest Nude,” in which Codjoe crafts a mini-epic tracing specific aspects of the narrator’s experiences as a woman, the poem reads, “The women and I walk / a tightrope of night. Our eyes adjust to growing / darkness. We make of our vision: knowingness. // It’s love the women and I make.” While women are present throughout the collection, there are also many poems that explore the role of the artist. In “On Seeing and Being Seen,” which is as much about an erotic night as it is about an artist’s vision, Codjoe writes, “On the lit-up hotel bed, / I remember thinking, My body is a lens / I can look through with my mind.” It’s moments like these that stick with you. Deceptively simple turns of phrase and striking images that leave a mark, returning long after you’ve set the book down. 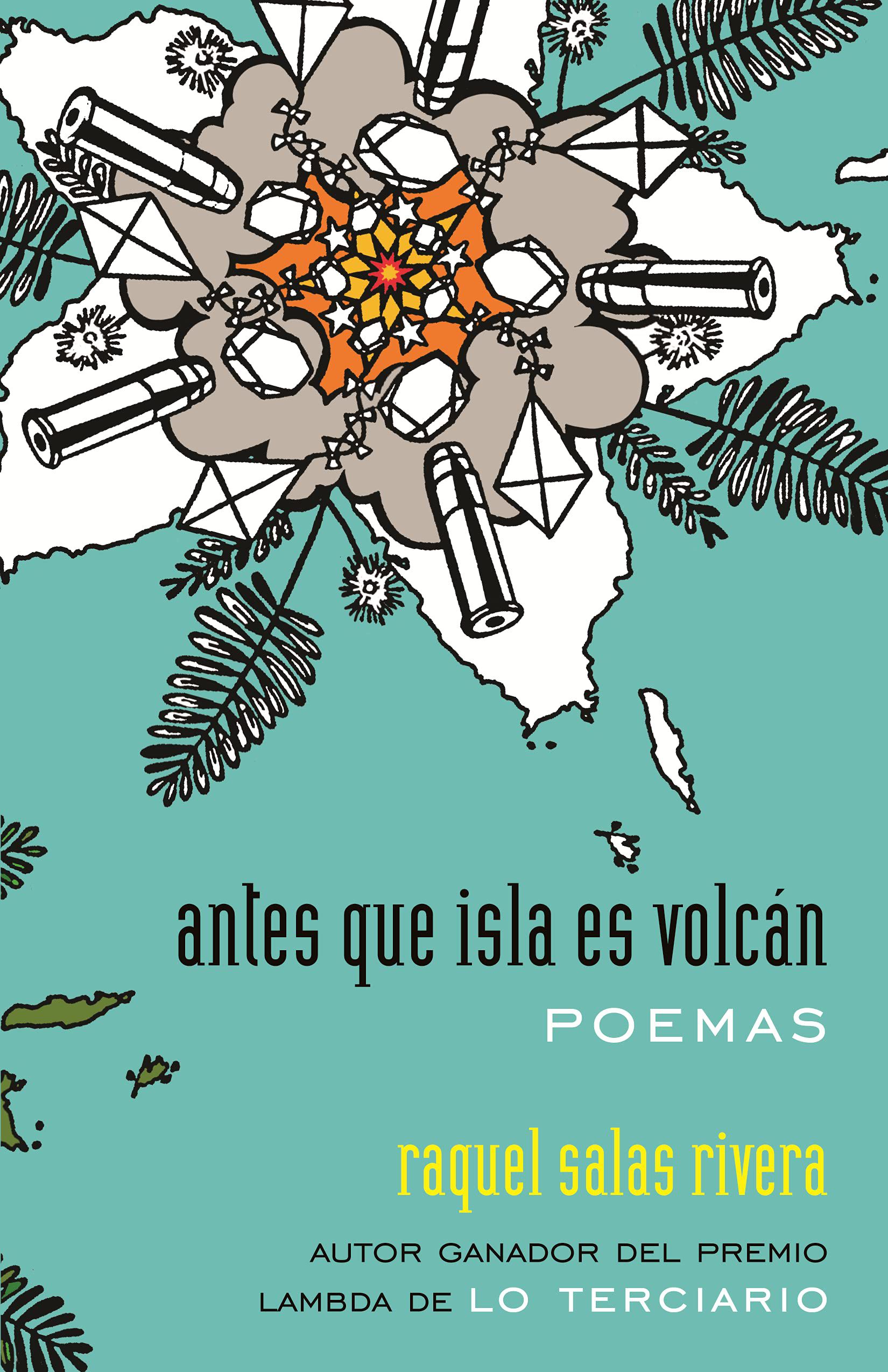 The poems in this bilingual collection are powerfully evocative. Described as being poems about a decolonial Puerto Rico, Salas Rivera’s poems feel almost tangible in their sensorial and fast-paced rhythms. Take these lines from “the right to burn one’s mouth”: “how pretty the sea that consumes. / how astounding the pain, if stunning.” Obviously I’ve taken these words out of the context of the poem, but even on their own, they illustrate the curvature of Salas Rivera’s poetry. Reading Antes Que Isla es Volcán is an immersive experience that will plunge you straight into a pensive place.

Broken Halves of a Milky Sun by Aaiún Nin

Broken Halves of a Milky Sun is full. It’s full of love and heartbreak, women and death, queerness and despair. Nin drives the collection straight into the aftermath of colonialism — in this case, in Angola — and they do so unflinchingly. For example, the poem “The Sound of it is ‘Waweh'” breaks open the agony mothers experience upon losing a child, opening with the lines, “There is a story…well…there are many stories…but there is one in particular that echoes. In my country, this story, it echoes everywhere. The sound of it is ‘Waweh.‘” In some ways, this is a difficult collection to read — but only because it challenges readers to contend with hard histories, both personal and collective. Perhaps because of this, it’s an extremely beautiful collection, especially in the way it offers queer love as an antidote, or at least a balm, to the devastation. As Nin writes in the poem “Language must be adequate”: “And now / there is no shame / I have learned / silence is a prison / and so is fear.” 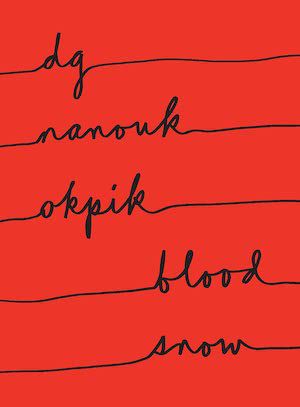 dg nanouk okpik’s poetry is transformative. Not only does it change the reader, but it’s also full of elements that are always transforming in surprising ways. Take these lines from the poem “Early Morning Sky Blue Pink,” in which the narrator sits rolling ice silt clay: “I bundle beat an Inuit drum; / … / I see in my head daily this drum and this song: / Sky blue pink sky blue pink sky pink blues. I realize the silt / is not clay, but quicksand, in which I’m neck high.” The collection as a whole is, on one level, preoccupied with the threats to Indigenous ways of life caused by industrialization and climate change. In its inspection of these dynamics, okpik’s collection dredges up histories that require reckoning with.

To help you ponder your way through poetry this winter, you might consider reading this essay on poetry’s ability to ground one reader in moments of hopelessness. Alternately, you could check out this list of 10 poets or this extensive list of the most influential poetry collections of all time.