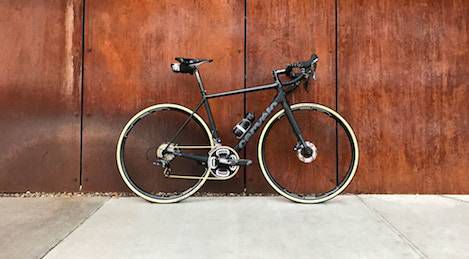 This is a guest post from Bradley Davies. Bradley studied literature at King’s College London and now lives in London spending his free time reading, rereading and writing about books. Follow him on Twitter @bradjdavies_. 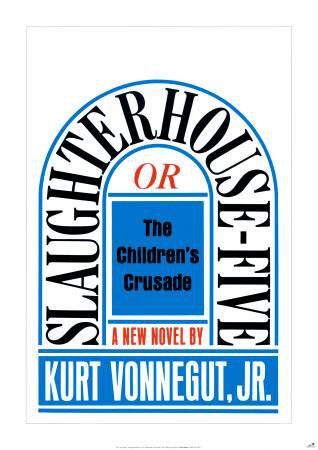 Towards the end of Slaughterhouse 5, as the Allies are firebombing Dresden into the ashy moonscape that inspired the novel, Vonnegut’s protagonist Billy Pilgrim falls asleep and drifts into dreams of Kilgore Trout, the lowlife author of Billy’s favourite science fiction novels.

Trout is (by his own admission) an awful novelist. His books provide little in the way of a steady income and so, for the sake of sustenance, he directs a fleet of newspaper couriers, which proves a lucrative enterprise for a while as he “bullies and flatters and cheats” his way to wealth. One day, however, one of his newspaper boys threatens to quit, an alarming prospect for Trout because the boy’s departure would mean he’d have to deliver the papers himself. To thwart the boy’s ambitions Trout resorts to his tried and tested method of bullying the kid back into his job—a fruitless undertaking, as the narrator relates:

Trout lost his argument with the boy who wanted to quit. He told the boy about all the millionaires who had carried newspapers as boys, and the boy replied: “Yeah—but I bet they quit after a week, it’s such a royal screwing.’’

By happy coincidence, I was rereading Slaughterhouse 5 just as I was starting my new job as a courier in London about two months ago. I came across this passage on the first or second day of the job, when payday was still dim and distant, and started to worry that maybe I’d be subject to a similarly royal screwing. I wasn’t, you’ll be happy to learn, as I discovered that among London couriers I was one of the fortunate few to snag a job that’s paid per hour rather than per job. The courier’s workday can be filled with several idle hours (which is why getting paid hourly is a must) and after a few days of sitting around in parks and cafés waiting for a job, I started to think of ways to occupy my copious spare time and settled, for some reason, on memorising poetry.

Before moving to London to study literature a few years ago, my formidably well-read granddad told me that I’d have to memorise some poetry, and that if I didn’t I’d be ridiculed in lectures and seminars. My granddad can recite dozens of infuriatingly well-preserved fragments of the Shakespeare he learned in boyhood and he assured me that poetry is easy to learn by heart. I wasn’t convinced, but I tried—starting with Wilfred Owen’s “Dulce et Decorum Est,” a poem I’d already half committed to memory. I somehow managed to memorise the whole thing during the walk to and from the supermarket (five minutes each way).

Obviously when I came to university I discovered that, contrary to my granddad’s prophecies, not everyone carried around huge mental caches of poetry—so I slacked off for three years. It was only when I began working as a courier in August that I bought a pocket-sized sonnet anthology and started learning Shakespeare’s Sonnet 18. It took about twenty minutes, after which I moved onto Sonnet 19, then 30, then 100, then Percy Shelley’s “Ozymandias,” then Siegfried Sassoon’s “They,” then some longer poems—Auden’s “As I Walked Out One Evening,” and “September 1, 1939”—and then I stopped.

Two of my literary heroes, George Orwell and Salman Rushdie, have written and spoken about memorising poetry. At a literary festival last year, Rushdie said that schoolchildren should be made to learn poetry by heart as a way of enriching their “relationship with language” (a surprisingly controversial suggestion that prompted some back and forths in newspaper columns). George Orwell’s discussion of the mnemonic side of poetry was more personal and casual than Rushdie’s—in his review of T. S. Eliot’s poem The Dry Salvages, he describes, or flaunts, the enviable ease with which his mind soaked up verse:

I know a respectable quantity of Eliot’s earlier work by heart. I did not sit down and learn it, it simply stuck in my mind as any passage of verse is liable to do when it has really rung the bell.

OK, fine—that happens. Every reader’s mind clings to disparate bits of verse (and prose for that matter), but Orwell goes on: “Sometimes after only one reading it is possible to remember the whole of a poem of, say, twenty or thirty lines, the act of memory being partly an act of reconstruction.” OK, that, of course, is a simply freakish aptitude for recollection—but Orwell was right about the reconstruction part: you read the poem, you break the poem down, stanza by stanza, line by line, even down to syllables, and then stitch the thing back together, the result often being a disfigured piece of work, with lots of dodgy syntax and misplaced monosyllables that you spend most of your time fixing (with Shakespeare sonnets I found myself hopelessly muddling things like the –st in “you forget’st so long”).

Now that I have it down to the comma, I have to wonder whether the sparkly and flawless version of “Ozyamandias” in my mind is any better than the fuzzy half-remembered version I had before. When you read a poem like “Ozymandias” that really rings the bell (as Orwell would have it) the bits that immediately stick in your mind tend to be the best. Before I set myself the task of memorising Shelley’s sonnet word by word I already had some of the best and most evocative lines—”Half sunk a shattered visage lies,” “The lone and level sands stretch far away”—securely tucked away. The hardest, most time-consuming and least enjoyable part of memorising “Ozymandias” was the monotonous mental editing—shifting syllables and pronouns about—that puts you off poetry more than enriching your relationship with it.

Was any of this fun? No, obviously not—and, what’s more, most of the poems I learned during my brief courier career have already started to decay. My memory’s version of Larkin’s “Aubade” is now such a mangled mess that I couldn’t in good conscious recite it to any willing listener (not that anybody has ever asked). Anyway, memorising poetry probably wasn’t the best thing for me to be doing as a courier. Cycling around London is dangerous enough as it is without me trying to remember if I’ve missed a thee or thou, –st or –eth.