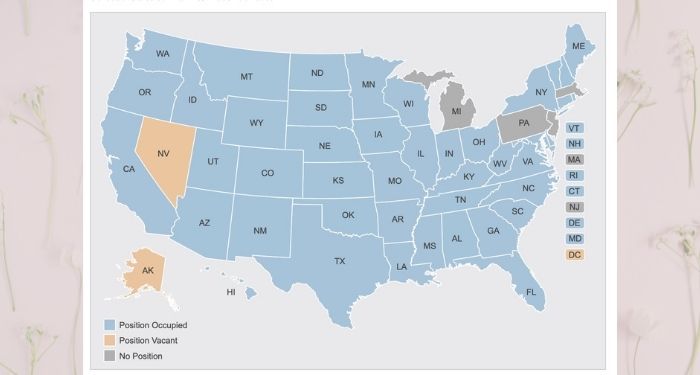 What do Rita Dove, W.S. Merwin, and Louise Glück have in common? Other than being renowned American poets, all three were U.S. Poet Laureates at some point. Given America’s long history of poetry, it is unsurprising that there are official roles dedicated to celebrating and promoting this revered art form.

Appointed annually by the Librarian of Congress, the Poet Laureate usually engages in a community-oriented project with national reach. The current Poet Laureate, Joy Harjo — the first Native American to hold the position — has worked to shed light on Native American poetry and how it adds to the overall tapestry of American poetry. She has worked on the first historically comprehensive anthology of Native American poetry in When the Light of the World Was Subdued, Our Songs Came Through. Her signature laureate project, “Living Nations, Living Words,” is a digital compilation of samplings by 47 contemporary Native poets from across the nation.

Brief History of the Position

As of now, 44 states have a poet laureate position. Instead of the State Poet Laureate position, Alaska has a State Writer Laureate, while Idaho has an official Writer-in-Residence. Forty-three of these 44 positions are occupied, with Alaska having a vacancy.

Alaska’s State Writer Laureate position was established in the early 1960s, with Margaret Mielke being the first poet to hold the position in 1963. Since then, the state has had 14 more poets take the mantle, with Nora Marks Dauenhauer as the last poet to occupy the position, serving from 2012 to 2014. The post has been vacant since.

There are four states — Pennsylvania, Michigan, Massachusetts, and New Jersey — which do not have a state poet laureate position at all. Other than Massachusetts, which never had such a position, each of these states has varying histories.

Pennsylvania’s state poet laureate position was established in 1993, with the appointment of Sam Hazo. Hazo — the first and only Pennsylvania State Poet Laureate — served this position till 2003, when he was told his services were no longer required. This put an end to the position in Pennsylvania.

Michigan’s story is akin to Pennsylvania’s. Appointed in 1952, Edgar A. Guest was State Poet Laureate until his death in 1959. There hasn’t been an officially appointed state poet laureate since then, although Will Carleton is often cited as the first Poet Laureate of Michigan. The Library of Congress writes that they couldn’t find any records of Carleton’s appointment, and posits the possibility that Carleton held an unofficial, honorary position as the state’s Poet Laureate due to his widespread popularity.

A bill to bring the state laureate position back in Michigan was passed by the Senate in 2005 but did not emerge from the House of Representatives.

Created in 1999, the poet laureate position was first occupied by Gerald Stern from 2000 to 2002, when Amiri Baraka became New Jersey’s second poet laureate. Baraka came under heavy criticism for his poem “Somebody Blew Up America,” which was considered to have antisemitic sentiments in the wake of the 9/11 attacks. Baraka read his poem at the Geraldine R. Dodge Poetry Festival in September 2002, after which Jim McGreevy, New Jersey Governor at the time, called for him to resign. When Baraka refused, McGreevy found no legal basis for the removal of a state poet laureate. A bill was hence introduced to the New Jersey Senate to eliminate the state poet laureate position in October. It passed and came into effect on July 2, 2003, marking the end of both Baraka’s term and the entire position of New Jersey State Poet Laureate.

Poet Laureates in Other Countries

Aside from the U.S., there is the post of Poet Laureate of the United Kingdom. The position dates back to the 17th century when John Dryden was given the title by Charles II. The current British poet laureate is Carol Ann Duffy, who was appointed in 2009. She is also the first female poet laureate.

Canada also has a Parliamentary Poet Laureate position, established in 2001. The current poet laureate is Louise Bernice Halfe – Sky Dancer, the ninth poet to occupy the position. She was appointed in February of this year.

It goes to show that the work poets do is important, not only at a personal level but also when it comes to marking national moments, history, and identity. Honoring poets with positions like the poet laureate helps keep alive a long and cherished tradition of poetry.