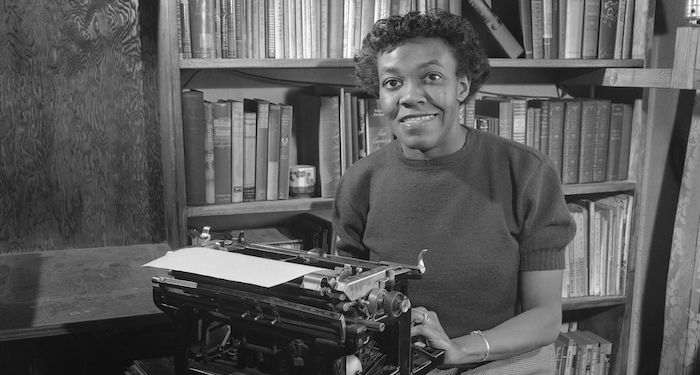 I remember the day well: an outstanding 7th grade English teacher read “We Real Cool,” one of the best poems by Gwendolyn Brooks.

Mrs. Levin read the poem “We Real Cool” in a soft monotone, in a dull thud of a voice that hit the listener hard: all the better to see the men portrayed in this masterpiece of a ten-line poem.

The power and the beauty of poems by Gwendolyn Brooks has been a constant companion of mine the many decades since that day of introduction. If you’re a new reader, this is where to start.

Who Was Gwendolyn Brooks? 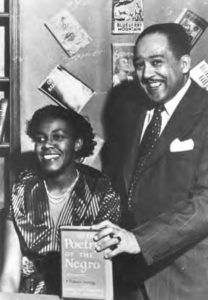 Simply put, Gwendolyn Brooks was one of the most influential and most recognized poet of the 20th century. She was the  known for her consummate craftsmanship of the written word. She was the first African American to win the Pulitzer Prize in 1950 and one of the first poet laureates recognized by the Library of Congress. Brooks was known for her generosity to younger poets and for using the power of her pen to work for social justice.

Gwendolyn Brooks was born on June 17, 1917, in Topeka, Kansas, but her family moved to Chicago when Brooks was young. Her father was a janitor and her mother a schoolteacher; both parents were strong supporters of their child’s love for reading and for writing poetry.

By the time Brooks was 17, her poems were often published by the Chicago Defender, the newspaper that served Chicago’s African American citizens. She attended junior college and worked with the Chicago chapter of the National Association for the Advancement of Colored People (NAACP).

However, the poetry and writing workshops that she attended in the 1930s, funded through the Works Progress Administration of President Roosevelt and often taught by Langston Hughes and Countee Cullen of the Harlem Renaissance, are when Brooks realized she was a poet.

But she would not just be any poet. Brooks distinguished herself with her astounding portrayals of the African American people of her South Side of Chicago neighborhood. Brooks knew and respected and loved the people of Chicago’s South Side—it is through the lives of Brooks’s subjects that we can comprehend the historical and cultural transformations of the last century.

THE POOL PLAYERS.
SEVEN AT THE GOLDEN SHOVEL.

We real cool. We
Left school. We

A Song In The Front Yard

I’ve stayed in the front yard all my life.
I want a peek at the back
Where it’s rough and untended and hungry weed grows.
A girl gets sick of a rose.

I want to go in the back yard now
And maybe down the alley.
To where the charity children play.
I want a good time today.

To Be in Love

To be in love is to touch with a lighter hand.
In yourself you stretch, you are well.

You look at things Through his eyes.

A cardinal is red.
A sky is blue.
Suddenly you know he knows too.
He is not there but
You know you are tasing together
The winter, or a light spring weather.

She didn’t leave a tangle in
Her comb found every strand,
Sadie was one of the livings chicks
In all the land.

A Sunset of the City

Already I am no longer looked at with lechery or love.
My daughters and sons have put me away with marbles and dolls,
Are gone from the house.
My husband and lovers are pleasant or somewhat polite
And night is night.
It is a real chill out,
The genuine thing.

The Lovers of the Poor

arrive. The Ladies from the Ladies’ Betterment League
Arrive in the afternoon, the late light slanting
In diluted gold bars across the boulevard brag
Of proud, seamed faces with mercy and murder hinting
Here, there, interrupting, all deep and debonair,
The pink paint on the innocence of fear;
Walk in a ginelrgly manner up the hall.

What are your favorite poems by Gwendolyn Brooks?