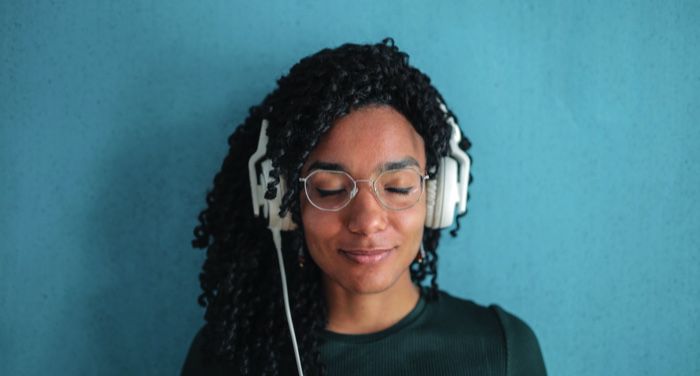 I leaned back, sighed, and savored the beautiful feast of characters, setting, and storylines I’d just finished. It’s an emotion I always have after finishing an incredible novel. But on that day, I wasn’t closing a cover or swiping the last page on my Kindle app. Instead, I was listening to the outro music of the seven-episode podcast S-Town.

By the time S-Town came out in 2017, I was far from a podcast newbie. Hooked on narrative-style podcasts, I’d built up a healthy episode playlist on my phone. But never before had I felt this way after listening to one of them — or listening to anything, actually.

I’ve never been an audiobook listener. I prefer to consume not only books, but also TV shows and films in their original forms. It makes sense to me. Authors and screenwriters create stories with different tools, so a brilliant story that was conceived as a book doesn’t translate as well to screen and vice versa.

S-Town, however, blurred the lines between mediums, leaving me with a strange and wonderful sensation that I’d just turned the pages of a podcast. It turns out I wasn’t the only one who felt this way. Articles about this very thing popped up all over the internet. In an interview with TIME Brian Reed, the producer and host of S-Town, described the making of the podcast this way: “With S-Town, we were really thinking of novels. While S-Town is completely nonfiction, the story itself had a very novelistic feeling, just in the details of it and the richness of the place. We were trying to make something that feels like a book you can listen to at your leisure. You can put it down in a middle of a chapter, and it kind of wedges itself in your brain as you go about your day.”

After S-Town first aired, I was hopeful I’d begin to discover more podcast series that felt like literary novels. When I didn’t, I was a little disappointed, but I forgot about it over time and continued to listen to other narrative-style podcasts that I loved.

But in recent weeks, I’ve found myself craving something like S-Town again. It occurred to me that since I’ve been looking for something that feels like a novel, I should probably give fiction podcasts another chance. Years ago, I’d tried listening to one, but was quickly put off by that particular show’s overacting and melodrama. I decided it was time to take another look through the plethora of constantly premiering podcasts to see if I could find a fiction version of S-Town.

What I Was Looking For

After taking some time to figure out exactly what it was that gave S-Town a literary, novelistic quality, I decided I was looking for a story that:

A tall order? Maybe. But again, S-Town did all of that.

My research led me to these three promising podcasts:

As I do with books, I always look for podcasts that are created by women and/or BIPOC. So, I was excited to find this historical fiction series based on the real life of Stephanie St. Clair, a well-known “numbers queen” during the Harlem Renaissance. I’d previously read a bit about the numbers game and was intrigued to learn more.

Homecoming (created and directed by Eli Horowitz and Micah Bloomberg)

I chose this series, described as a psychological thriller, because I’m already a fan of Gimlet Media podcasts, which are always thoughtfully written, well-edited, and well-produced. Plus, I hoped that the experienced and somewhat diverse cast of experienced actors would result in a good performance.

Also from Gimlet Media, Sandra made my list for a couple of reasons. So many of the fiction podcasts I found fell into the category of sci-fi, so it seemed right to include one from this genre even though I don’t generally read sci-fi novels. AI is a concept that interests me and I liked that the protagonist was female.

I spent the next couple of weeks dedicating most of my podcast listening to fiction. I let myself get swept away into the sounds and settings of worlds I’d never visited, from the bustling streets of early 19th century Harlem to an advanced AI tech company located in quiet middle America. Overall, it was an interesting and enjoyable experience. Each of the stories captured my attention from the beginning and remained entertaining through the end. All were well-produced and well-acted.

But, after all of that, have I found a fiction podcast that feels like a novel? I must say that I have not. That said, all three of the series I listened to have some of the elements I was seeking. They each take place in a unique setting that helps shape the story. Harlem Queen balances a couple of compelling storylines. Sometimes, the podcasts are told from different perspectives, but only to move the stories along — not in a way that challenges the truth. A few of the characters had complicated personalities that could have been explored more deeply, but I got the impression that these stories were driven more by plot rather than by character.

I will say that all three podcasts inspired me to mull over the complexities of life, including the challenges of racial identity that have endured for more than a century, the dilemmas around soldiers rejoining civilian life, and the problematic nature of AI On the other hand, the desire to mull as a result of the stories, didn’t stay with me in a meaningful way, like it did — and still does — after listening to S-Town. This, in my opinion, is because none of the stories, as S-Town’s Reed put it, “wedges itself into your brain” the way his podcast does.

In the end, listening to fiction podcasts felt more to me like watching plot-driven TV shows, which is not at all a bad thing. I enjoy the way sound effects can enhance a story and appreciate when actors use their voices to bring emotions to life. It just wasn’t quite what I was hoping to find this time. Still, I’m hopeful. If the creative team at S-Town could craft a nonfiction audio story in a way that feels like a novel, someone out there can do the same with a fiction audio story.

Until then, I’m happy with the different ways books and podcasts satisfy my senses and my love for good storytelling. And maybe one day, I’ll find myself listening to outro music and wondering if I’ve just listened to a novel or read a podcast, or maybe that magical something in between.

On your own hunt for fiction podcasts? Book Riot has recommendations for superhero fans, epistolary fiction enthusiasts, and everyone in between.