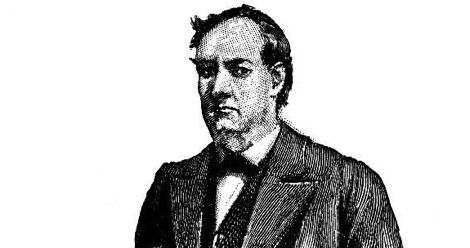 I treat Sherlock Holmes the way other people treat Pokémon: gotta watch ’em all! From the big names like Rathbone and Brett to the obscure ones like Whitehead and Howard, I can’t get enough of seeing Holmes on screen.

But the more Sherlock Holmes adaptations I watch, the more I begin to see patterns. Not all of these patterns are good ones. Take, for instance, the case of Mycroft Holmes.

For the non-Holmesians, Mycroft is Sherlock’s older brother. He is much smarter than his more famous sibling, but in every other way, he is Sherlock’s opposite. Where Sherlock is energetic, Mycroft never leaves the sanctuary of his club if he can help it. Sherlock enjoys getting to the bottom of things; Mycroft often knows he’s right, but isn’t willing to go out and prove it. And of course, Sherlock is slender while Mycroft is heavyset. When Watson first meets Mycroft in The Greek Interpreter, he describes the elder Holmes as “absolutely corpulent” with a “massive” face. He also rather rudely adds that Mycroft has “a broad, fat hand like the flipper of a seal.”

So yes. Mycroft is fat. I say this not as an insult—there’s nothing wrong with being fat—but as a simple statement of fact.

Until recently, Mycroft hasn’t shown up in many adaptations, or if he does, his role is brief. That’s understandable, given that he only appears three times in the canon. My personal favorite on-screen Mycroft is Charles Gray from the Granada series. 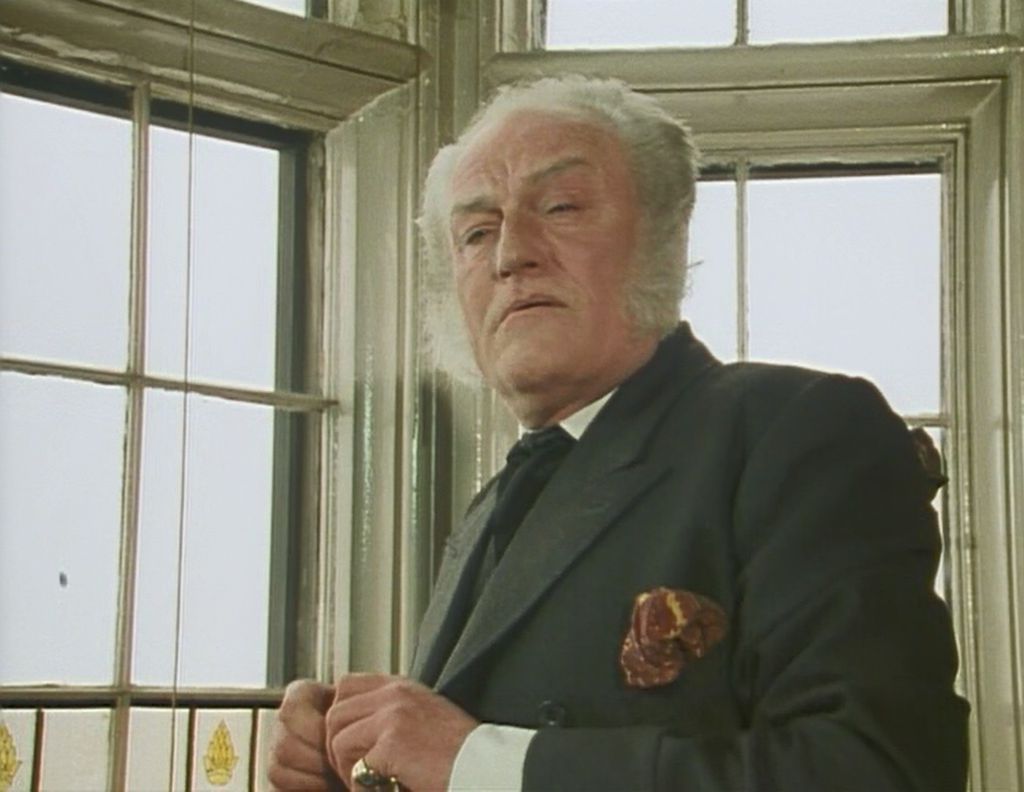 Gray gave us a Mycroft who was lazy yet cheerful. He and Sherlock merrily exchange deductions and solve cases together, with Mycroft even reluctantly agreeing to do some footwork now and again. Gray’s Mycroft is a delight and I recommend him to everybody.

But again, it’s not like we have a whole lot of Mycrofts to choose from pre-21st century. That’s starting to change now. We’ve had a spate of new Sherlock Holmes adaptations lately, each more daring than the last in its willingness to reinterpret the canon.

A side effect of all this is a Mycroft renaissance. Sherlock’s mysterious sibling has gone from a very minor recurring character to an adversary, a rival, a secretly loving protector, and even a hero in his own right. Unfortunately, as his role has expanded, his waistline has shrunk.

Let the Parade of Mycrofts Begin 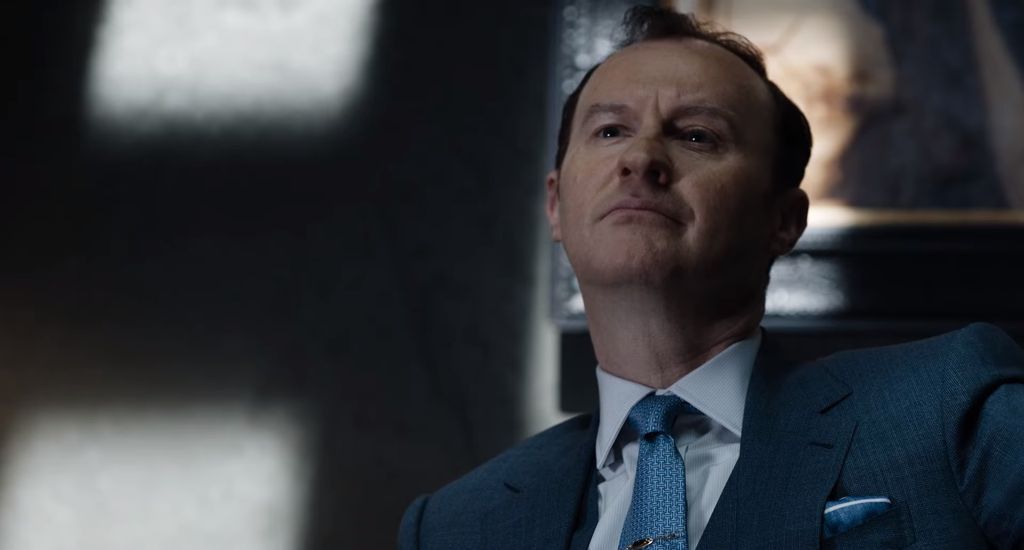 Not pictured: a fat person.

There is one caveat here. The Christmas special, The Abominable Bride, is set in the Victorian era and features a morbidly obese Mycroft who makes bets with Sherlock about how much he can eat before he finally keels over. That’s rather less than flattering. And anyway, most of this episode takes place in Sherlock’s imagination, so it doesn’t really count.

Meanwhile, Elementary cast Rhys Ifans as their Mycroft. He did a good job, and I liked him, but… 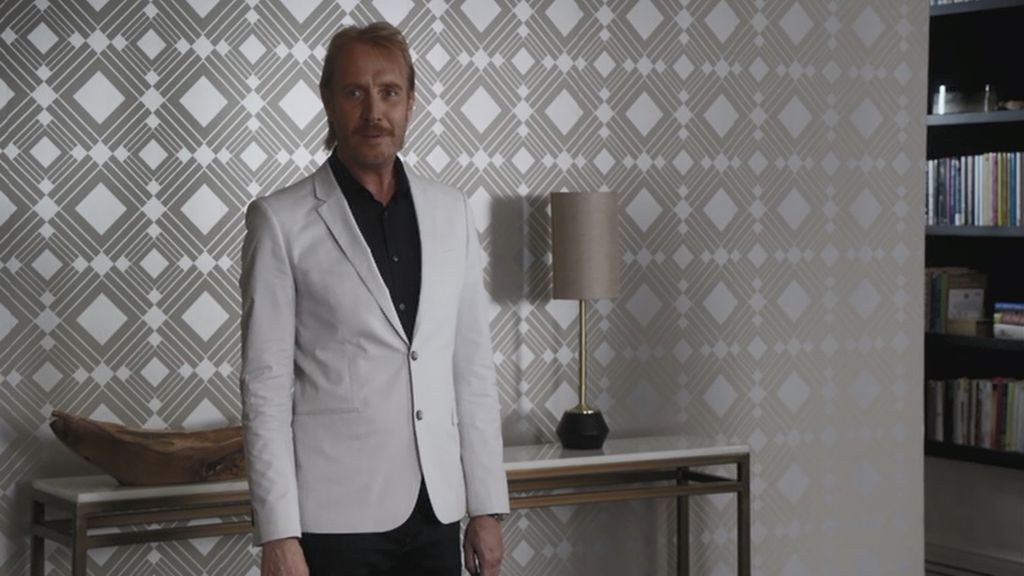 They hand-wave Mycroft’s appearance as the result of an illness that caused him to lose a lot of weight. Sounds to me like they wanted an excuse to avoid portraying a fat Mycroft. People can get sick and not end up looking like this!

Then there’s Miss Sherlock, a Japanese adaptation where both Holmes and Watson are women. The Mycroft character is named Kento Futaba, and he’s played by Yukiyoshi Ozawa. Here he is with Sherlock. 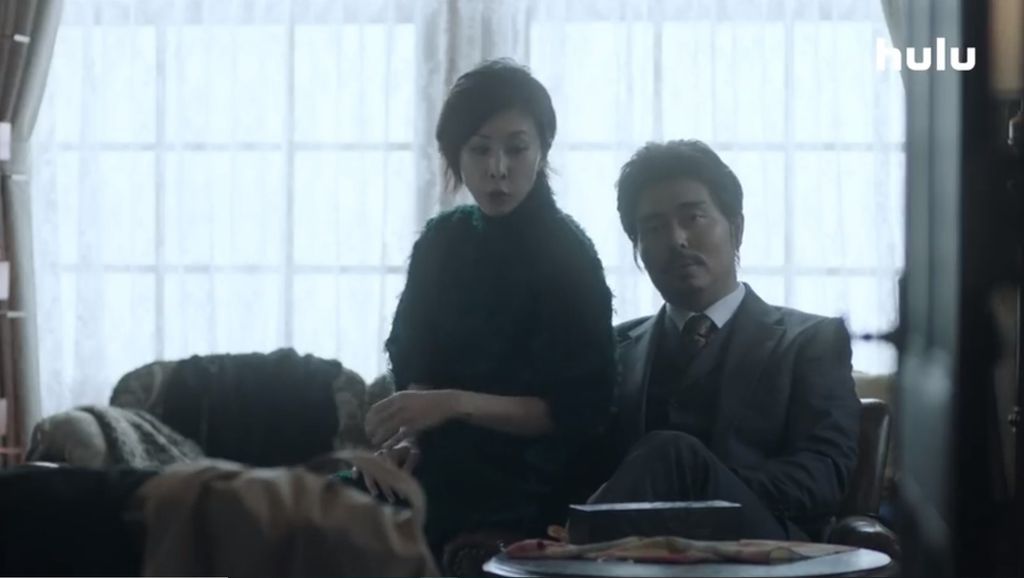 He’s…sturdy, I guess? Honestly, I don’t know enough about Japanese culture to be able to say how this character is perceived by a Japanese audience.

The only modern adaptation I can think of where Mycroft stays fat is Sherlock Holmes: A Game of Shadows, where he is played by Stephen Fry.

You’ll note this is the one adaptation I’ve mentioned thus far that takes place in the 1890s, not in the present day. But don’t worry, Mycroft has been put on a completely unnecessary diet in Victorian-set stories as well. Let’s look at the Russian miniseries Sherlock Holmes, where both Sherlock and Mycroft are played by Igor Petrenko. The main difference between them now is Mycroft’s facial hair. 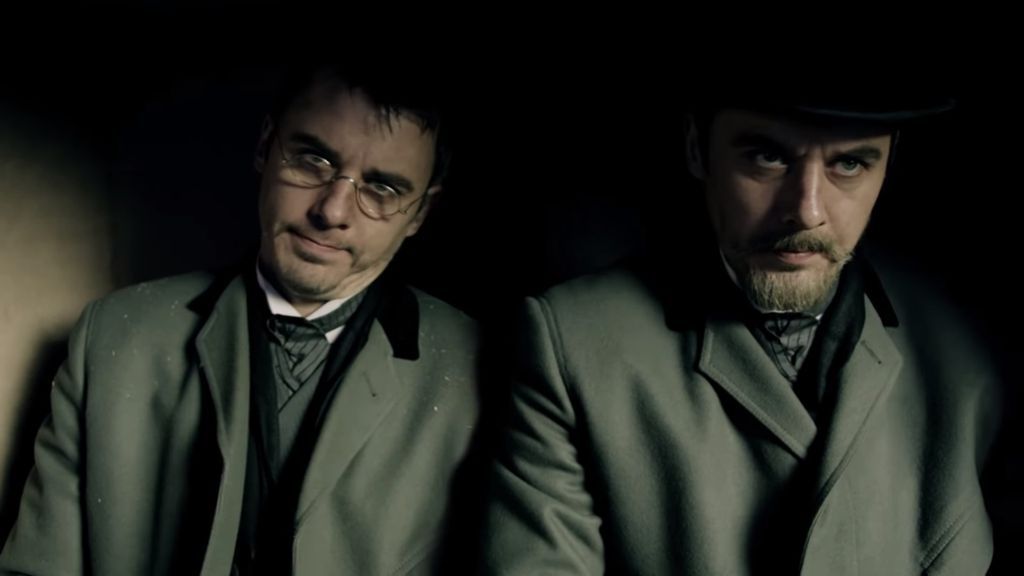 Personally, I think they did this just so they could have a gag about Sherlock disguising himself as Mycroft and fooling everybody (except Watson, who is not amused).

Even print media isn’t immune to this phenomenon. Kareem Abdul-Jabbar’s graphic novel, Mycroft Holmes and the Apocalypse Handbook, is a prequel tale about a young, energetic, womanizing Mycroft. 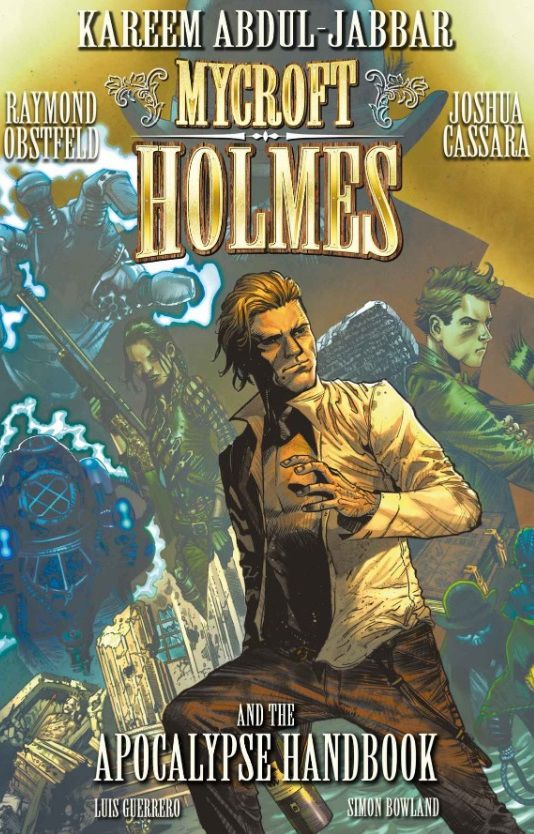 Because making him young, energetic, womanizing, and still fat would have stretched credulity.

Finally, in the interest of fairness, I should mention that the concept of a thin Mycroft did not originate with any of the examples I’ve listed here. It goes back at least as far as 1970’s The Private Life of Sherlock Holmes, where Mycroft was played by Christopher Lee.

So 21st-century adaptations didn’t start the trend of forcing Mycroft to slim down; they just perfected it.

What does all this mean, exactly? I’m guessing it’s an extension of Kelly’s observations regarding fatness in YA: it’s okay to have been fat, past tense (especially if that past was in another century), but to be fat, present tense, is unacceptable. In addition, it’s okay if a minor character is fat, but the second he starts to get depth and character development, he has to lose weight. Now there’s a logic that Sherlock Holmes himself would be proud of.

(I typed that as sarcastically as possible, in case it wasn’t clear.)

This is all speculation on my part. I don’t know what these folks were thinking when they cast and wrote their Mycrofts. Maybe they were just trying to subvert the canon as much as possible and got carried away.

We have so few decently depicted fat characters in the media. Mycroft could be one of them, if someone would just let him be fat.