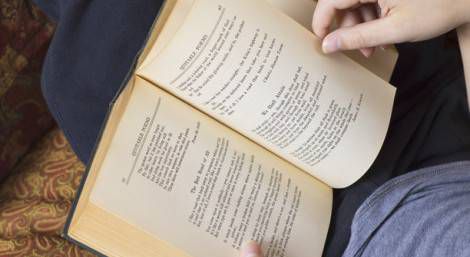 A prize-nominated poet’s debut collection has been cancelled and her work removed from online publications after multiple writers accused her of plagiarising their work.

On Saturday, Ailey O’Toole, an American poet who was nominated for a Pushcart prize for the poem Gun Metal, was publicly accused by Rachel McKibbens of taking lines from her poem, three strikes, and using them in Gun Metal. McKibbens’ poem, which draws on her childhood trauma, reads: “Hell-spangled girl / spitting teeth into the sink, / I’d trace the broken / landscape of my body / & find God / within myself.” O’Toole’s Gun Metal reads: “Ramshackle / girl spitting teeth / in the sink. I trace the / foreign topography of / my body, find God / in my skin.”

I can’t imagine anyone being able to get away with plagiarizing with the existence of the internet.

Michelle Obama had sharp criticism on Saturday for Lean In, the 2013 book about gender differences in the workplace written by Facebook chief operating officer Sheryl Sandberg.

Speaking to a sold-out stadium at the Barclays Center in Brooklyn on a tour stop to promote her new memoir Becoming, Obama minced no words on why she thought the mantra’s time had come and gone.

“Marriage still ain’t equal, y’all,” Obama stated, at the start of a withering and unguarded takedown that reportedly left the crowd highly animated.

“And it’s not always enough to lean in, because that shit doesn’t work all the time.”

What I wouldn’t give to know the uncensored Michelle Obama.

But a good literary podcast that is not hosted by a white man — or, even more typically, a trio of white men — is not so easy to find. More often than not, literary podcasts are offering a pretty pale literary landscape; the hosts and of the writers they interview rarely celebrate diversity in the literary world. For those looking to make up for lost time spent on the subway, here is a list of podcasts that do.