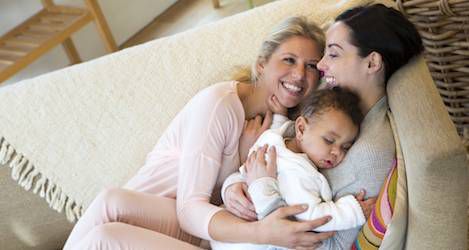 When I heard about Orlando, my reaction was one of shock and horror, but also of silence because it wasn’t my tragedy. I didn’t want to co-opt it, and I also had the hideous privilege of being able to look away from it. It wasn’t until one of my friends in the LGBTQ community expressed outrage at the silence of the allies, when we were all so vocal after Paris, after Aurora, that I said something and added my voice to the clamor.

I don’t always know how to be an ally. Another friend directed my attention to the ‪#‎twomenkissing‬ hashtag, an effort to spread images of dudes making out (allegedly what had set the Orlando killer off, though that’s been called into question) and ‘normalize’ it. I’m so angry that this needs to be done, I AM SO SORRY, LGBTQ friends, that your very normal life needs to be ‘normalized.’ We need a better word than that for what is just a deep unfucking of an awful attitude.

But images are powerful tools of change, and as someone who reads a shit-ton of children’s books, one of the images I find most powerful is that of gay parents just, like, parenting amidst a bunch of other parents, parenting. JUST PART OF THE GREAT CONSTELLATION OF WIPING BABY’S ASSES.

There are a number of great children’s books focused on having gay parents, and those are crucial because this is still A Thing People Think Is Weird. Gay MCs a thousand percent deserve to have their own stories, and to not just be the backdrop of straight people’s stories. But I also want to heap heavy and vociferous praise on those authors and illustrators including gay parents as though they were, as my friend Carrie* says, ‘a fact, not a plot point.’ So here’s to the illustrators drawing pictures of two exhausted moms as though OMG LESBIANS HAVE KIDS THAT FUCKING WEAR THEM DOWN. 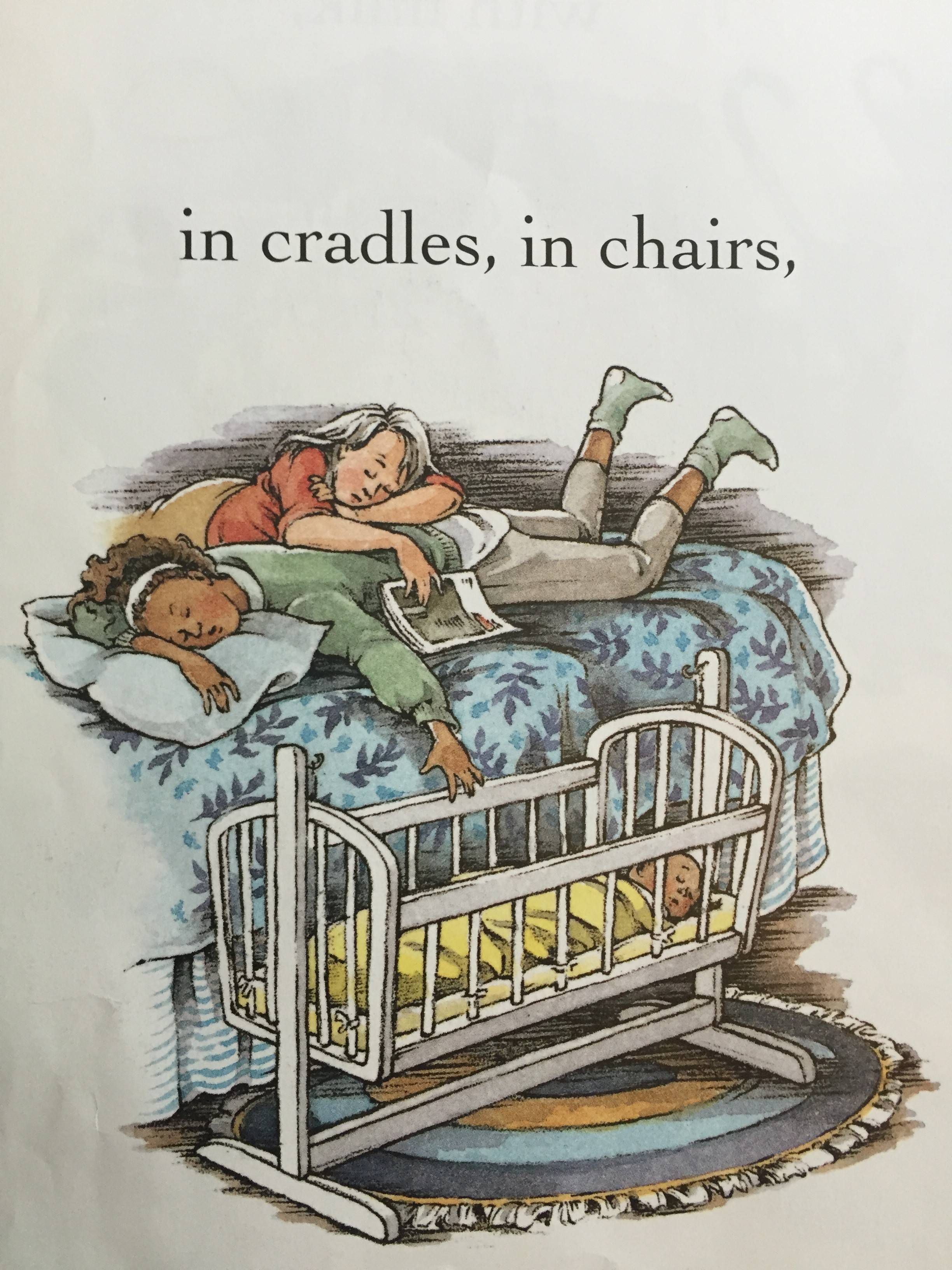 Ughhhhh ladies I feel you. Newborns are a trip.

Monday is One Day – Arthur A Levine, illus. Julian Hector

This book is largely about how hard it is to go to work and leave your kid (which, in a sea of books about going to the park with your mum in the middle of the day…), so every weekday is assigned an activity to help get you through it. For example! Friday is Tie Day! Look at this buncha dudes picking out ties. 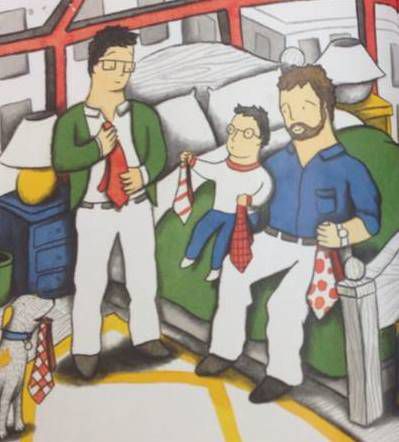 Everything by Robie Harris, ever

Robie Harris for fucking always. Her stuff is SO SO GOOD, her It’s Not the Stork! was the most perfect book about sex and sexuality for children that I have ever seen, and her books are very like I’m ok, you’re ok, all of our lifestyles are fine. But her CHOICE OF ILLUSTRATORS HAS BEEN VERY GREAT. I mean ok, obviously in a book called Who’s in my Family? (illus. Nadine Bernard Westcott) there is going to be some discussion of how some families have two dads, but THIS PAGE IS ABOUT DIFFERENT KINDS OF BREAKFASTS. 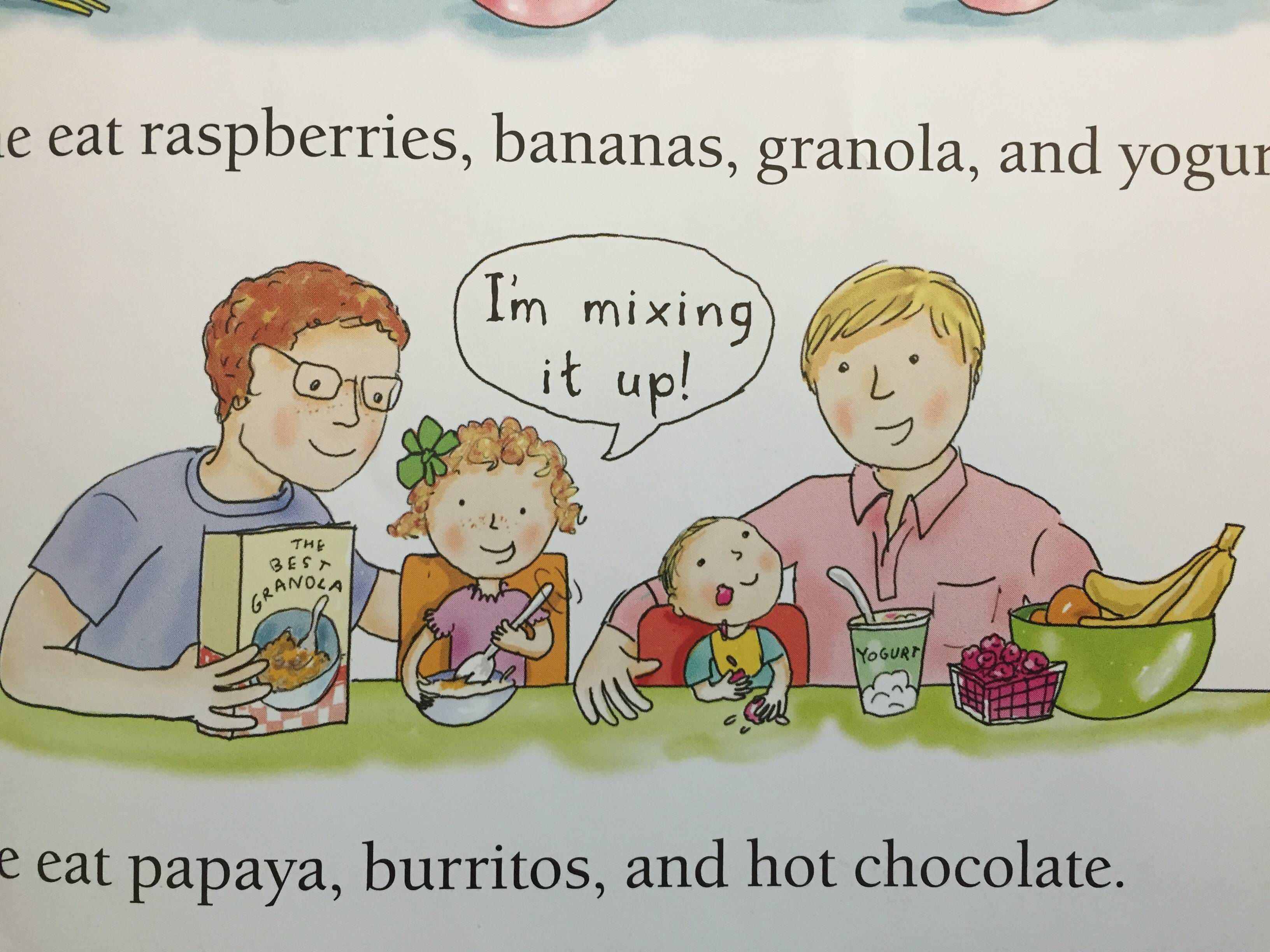 Look at them two dads, having breakfast.

And then there’s, like, two moms at the zoo with their kid. Just! Parenting! And in Harris’ What’s So Yummy? (illus. Westcott again), which is about eating right and largely features one bi-racial family with straight parents, there’s a pair of moms picnicking with their kids.

I REALIZE that I’m waxing symphonic over something that should just be a given. But it’s not. The illustrations in children’s books overwhelmingly feature white kids with one parent of each sex. And these contributions are so small, but I need to celebrate these tiny gains or give up in despair.

Do you have any book recs with inclusive illustrations?