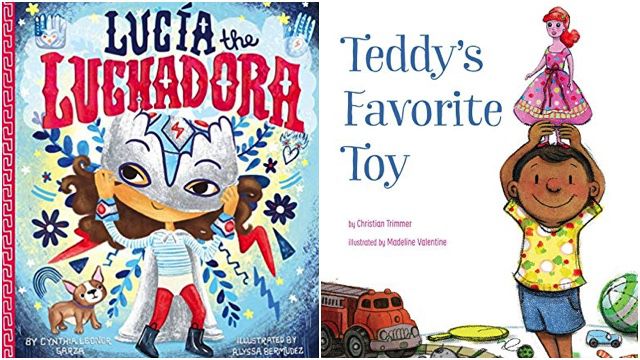 Hearing gendered stereotypes like these on the playground was a regular occurrence when I was a kid, and sadly, it’s still prevalent today. What’s different now is the growing number of authors who recognize the need to challenge these norms.

Robert Munsch’s The Paperbag Princess was one of very few books from my childhood with a main character who defied gender stereotypes. (Princess Elizabeth had dragons under control way before Daenerys Targaryen did!) I distinctly remember thinking, “What would the Paperbag Princess do?” in kindergarten when a classmate told me I couldn’t play with Transformers because I was a girl.

Five-year-old me would have loved more Paperbag Princesses to emulate, and while I am long out of kindergarten, I am heartened to see many more books published in the last few years that challenge gender stereotypes for today’s kids. Here are five that would be right at home on the shelf with my beloved Paperbag Princess: 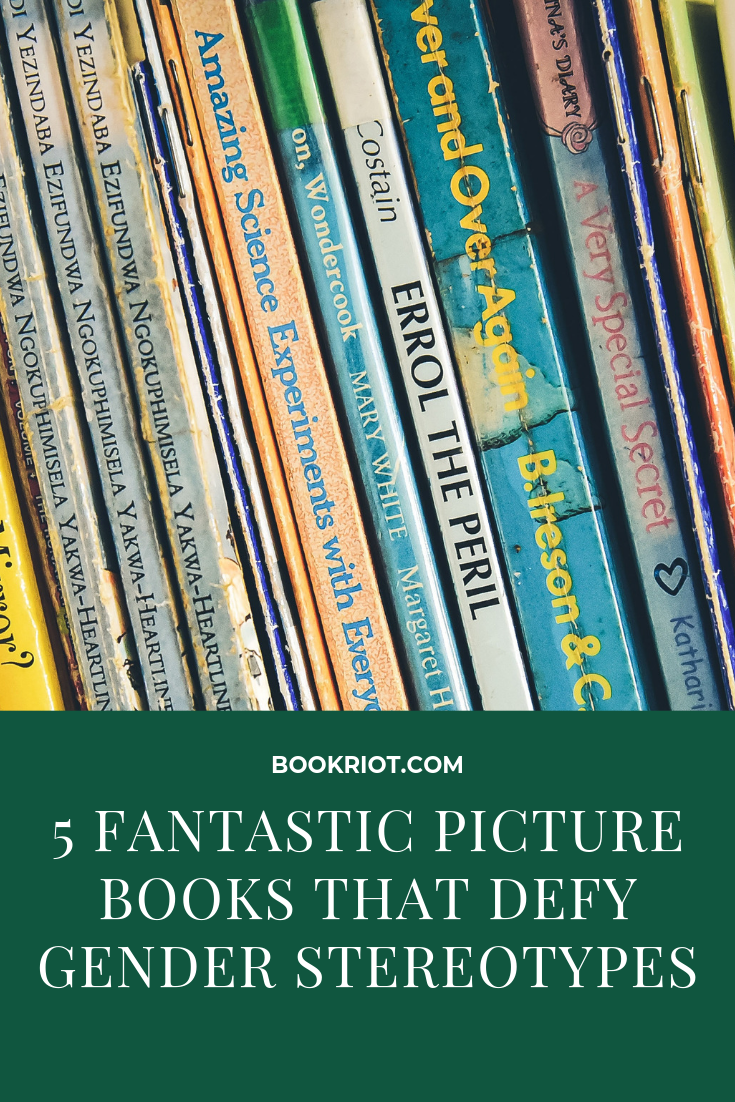 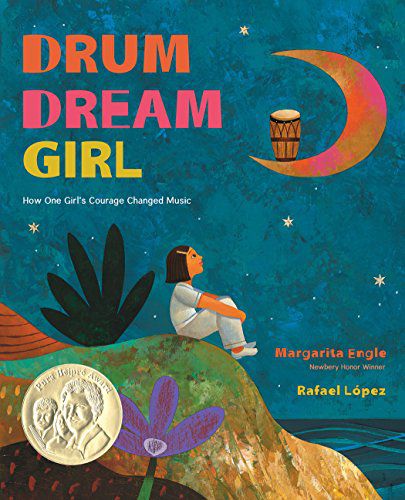 Told in rhythmic verse and based on the life of Chinese-African-Cuban drummer Millo Castro Zaldarriaga, the story is set on an island of music, where playing the drums is only acceptable for boys. The Drum Dream Girl keeps her inner drummer to herself to start, but when drumming her fingers on furniture doesn’t cut it anymore, she follows her heart and dares to play the congas, the bongos, the timbales…and she is amazing! Her courage and talent convince everyone who hears her that all kids should have the opportunity to pursue their passions. 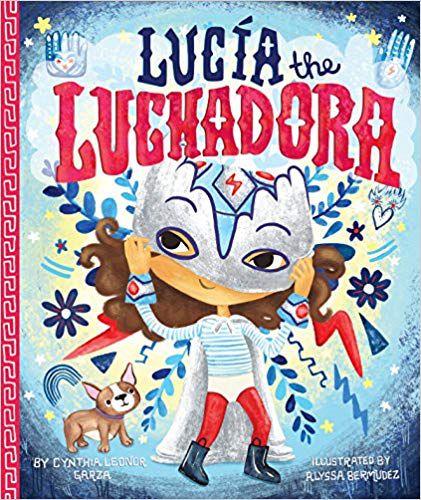 According to the boys on the playground, girls can’t be superheroes, but Lucia begs to differ. How can she prove them wrong? Under the tutelage of her abuela, Lucia learns about luchadoras, masked superheroes with killer moves, hearts of gold, and a side of sass. When Lucia dons her own silver mask, she takes the playground by storm. Luchadoras are supposed to keep their identity a secret, but Lucia isn’t one to stick to conventions. After saving a puppy stuck at the top of a slide, she reveals she is the superhero behind the mask to a crowd of awe-struck kids. 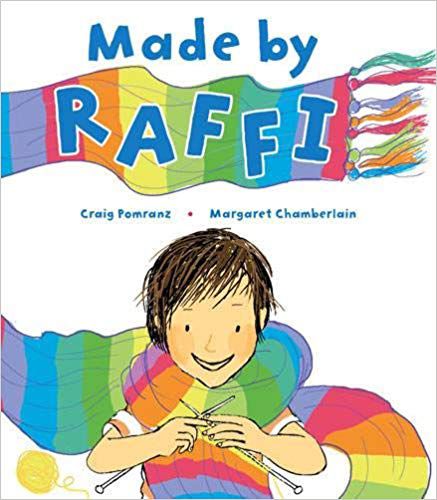 Raffi feels different from his classmates. He likes bright colors, he’s smaller than everyone else, and he doesn’t enjoy loud games. On an especially noisy day at recess, he sees his teacher knitting and is intrigued. She teaches him the basics and immediately he’s hooked. Raffi is teased a little at first, but with the support of his parents and a lot of hard work, he wows his classmates with his talents by knitting an amazing purple cape for the prince in their class play. Many want a “Made by Raffi” original for themselves, and Raffi is excited to imagine his future as a fashion designer. 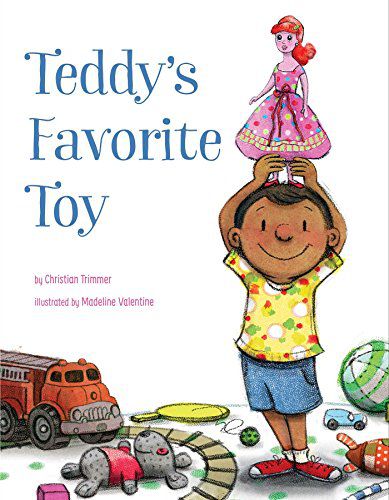 Teddy has tons of toys, but one is way cooler than the rest: Bren-Da, Warrior Queen of the Pacific. She is a purple-skinned doll with “the best manners” coupled with “the sickest fighting skills!” One fateful day, Teddy accidentally breaks her leg, and he bandages her up so much that his mom mistakes her for trash. She throws Bren-Da away while Teddy is at school. When he gets home and his mom realizes what’s she’s done, she goes into serious superhero mode and makes some sick moves herself to get Bren-Da back. The last page shows Teddy snuggled with Bren-Da at bedtime with the line, “It was cool.” The fact Trimmer doesn’t call any attention to Teddy’s gender non-conformity at any point during the book is also incredibly cool. 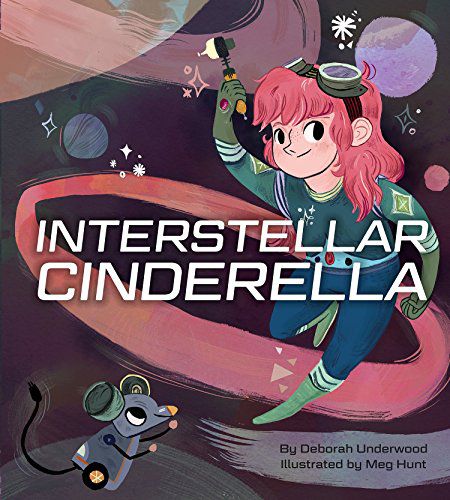 In this retelling, Cinderella is a pink-haired space mechanic extraordinaire. When her wicked step-family leaves Cinderella behind to attend the Prince’s Royal Space Parade, her fairy godrobot gifts her with a slick new space suit and the tools to fix a rocket that will get her to the party. Interstellar Cinderella arrives and finds the prince in need of a mechanic. His spaceship is about to poop out when she swoops in with her socket wrench, which she leaves behind when she rushes home at midnight. The prince finds her eventually, but when he does, she turns down his marriage proposal and counters with an offer to be his chief mechanic. He accepts and Cinderella secures a happily ever after on her own terms.

If you want even  more excellent books that defy gender stereotypes, check out 8 Picture Books that Deconstruct Gender Norms. Hopefully, with books like these, playground commentary will move away from the blue-is-for-boys, pink-is-for-girls mind-set.