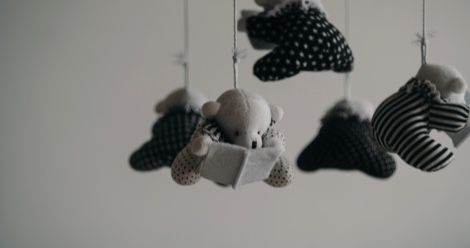 This list of picture books for new parents is sponsored by Babymoon by Hayley Barrett and Juana Martinez-Neal. 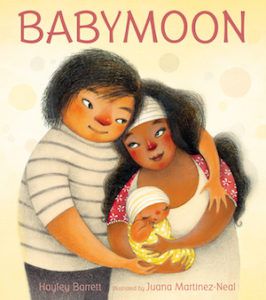 Baby has arrived! The world is eager to meet the newcomer, but there will be time enough for that later. Right now, the family is on its babymoon: cocooning, connecting, learning, and muddling through each new concern. While the term “babymoon” is often used to refer to a parents’ getaway before the birth of a child, it was originally coined by midwives to describe days like these: at home with a newborn, with the world held at bay and the wonder of a new family constellation unfolding. A lyrical ode to these tender first days will resonate with families everywhere.

It’s impossible to overvalue picture books. They are the earliest portals most readers get into worlds both familiar and foreign, and their presence in a child’s life can sow the seeds of a lifelong love affair with books. For new parents, it is never too early to introduce a child to reading. Here are some of our favorite picture books for the littlest of readers. 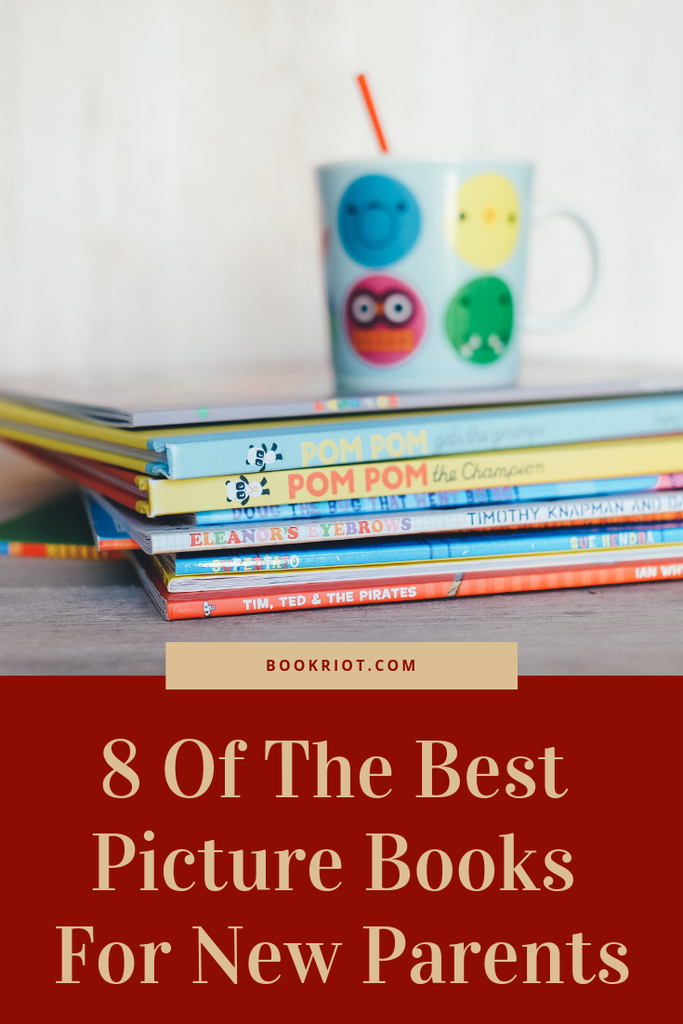 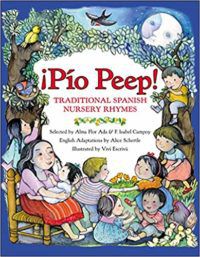 A collection of Spanish nursery rhymes sits nicely on the page between softly colored illustrations. Additionally, each nursery rhyme appears alongside its English translation. The oral tradition of these nursery rhymes makes for stimulating and rhythmic reading with little ones. 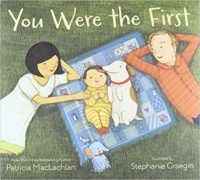 You Were First by Patricia MacLachlan, Illustrated by Stephanie Graegin

This heart-warming picture book provides a simple story of new parents and a new baby navigating the baby’s many firsts, including everyday things like sleeping and smiling. 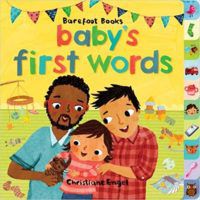 This bright board book features an interracial same-sex couple raising their daughter in an exciting city environment. It introduces simple identification concepts, like pointing out everyday objects in the home and recognizing sounds. 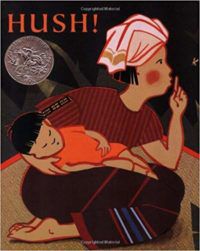 This stylishly illustrated book follows a new mother asking all of the creatures in the surrounding jungle to hush their noises as her infant tries to sleep. In joyous rhyming couplets, the animals fall asleep one by one, including the mother herself. Ho’s Caldecott Honor picture book remains as wonderful a read now as when it was first published in 1996. 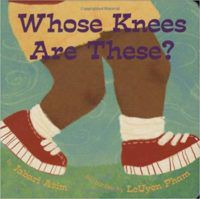 Whose Knees Are These? by Jabari Asim

Jabari Asim’s picture books center black children as their main characters, providing positive depictions of their bodies and lives. In Whose Knees Are These? fun couplets follow a pair of knees through joyous childhood activities, like climbing a tree. I also recommend Asim’s Ten Tiny Fingers and Ten Little Toes for similar reading. 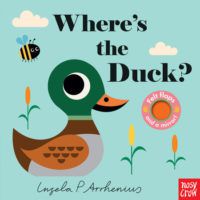 Nosy Crow is an independent publisher that specializes in children’s books for all different age groups, but their board books are a personal favorite of mine. With interactive felt flaps that hide smiling park animals, and a final spread that reflects the young reader’s own face back at them, Where’s the Duck? is a load of fun to read aloud with little ones, or to allow them to explore on their own. 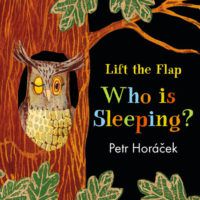 Who Is Sleeping? by Petr Horacek

The bright visuals of Who Is Sleeping? introduce young readers to a vibrant world in which they lift flaps to reveal sleeping animals, asking simple questions such as “Who is sleeping in the tree?” Another book in the same series, Who Is Biggest?, asks young readers to compare the sizes of different animals. 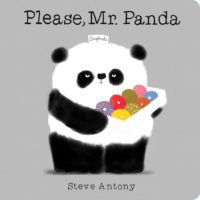 This adorable board book introduces young ones to a cast of black and white animals, as the titular Mr. Panda goes on a walk offering them colorful donuts. However, Mr. Panda changes his mind when the animals he offers donuts do not say the magic word. With striking visuals and a simple lesson in manners, this is a great addition to the library of a new parent.

For even more great picture books for kids and adults of all ages, check out our roundup of 100 Must-Read Picture Books and 50 Must-Read Books for Beginning Readers. Be sure to share your favorites in the comments!