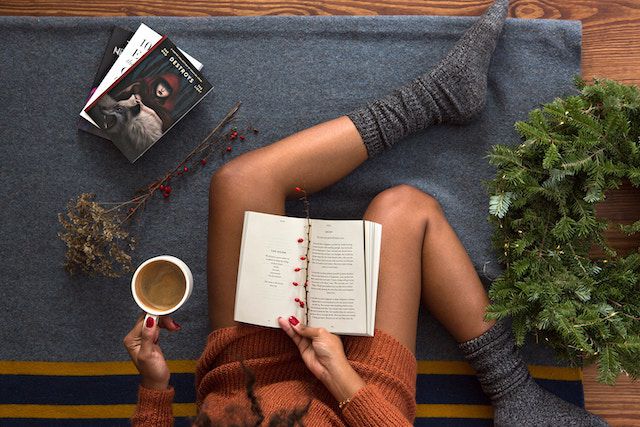 Critical Linking is a daily roundup of the most interesting bookish links from around the web, sponsored by A Trick of Light by Stan Lee, published by HMH Books & Media.

“It’s more than a decade since Amazon launched the Kindle, and for Halls, there is also a hunger for information and a desire to escape the screen. “It’s partly the political landscape, people are looking for escape, but they are also looking for information. So, they are coming to print for a whole, quite a complex mess of reasons and I think … it’s harder to have an emotional relationship with what you’re reading if it’s on an e-reader.””

I have thoughts about whether ebook sales are being properly calculated here, but will never tire of the look, the feel, the smell of a physical book.

“Publishers, like Kellehar, attribute the overwhelming interest of young readers in environmental topics to the 16-year-old Thunberg, who has quickly become a leading voice of the climate action movement since initiating a school strike last year to raise awareness about the effects of climate change. Over the past year, she has spoken at the United Nations’ 2018 Climate Change Conference, delivered her own TED Talk, continued rallying efforts, and is now embarking on a tour across the Americas to attend UN climate summits. Thunberg was just named ‘Game Changer of the Year’ by GQ and is a Nobel Peace Prize nominee.”

I’ll take a climate change trend in kidlit all day! Maybe they can save this big floating marble.

“So you’re a writer who’s come to Electric Lit for some writing advice, but you don’t feel like scanning through all of our conversations with authors to find those glimmering gems of wisdom. Don’t worry, we already did the hard part for you. Here’s a list of some of the best writing advice available on Electric Literature dot com, straight from the mouths of the experts themselves.”