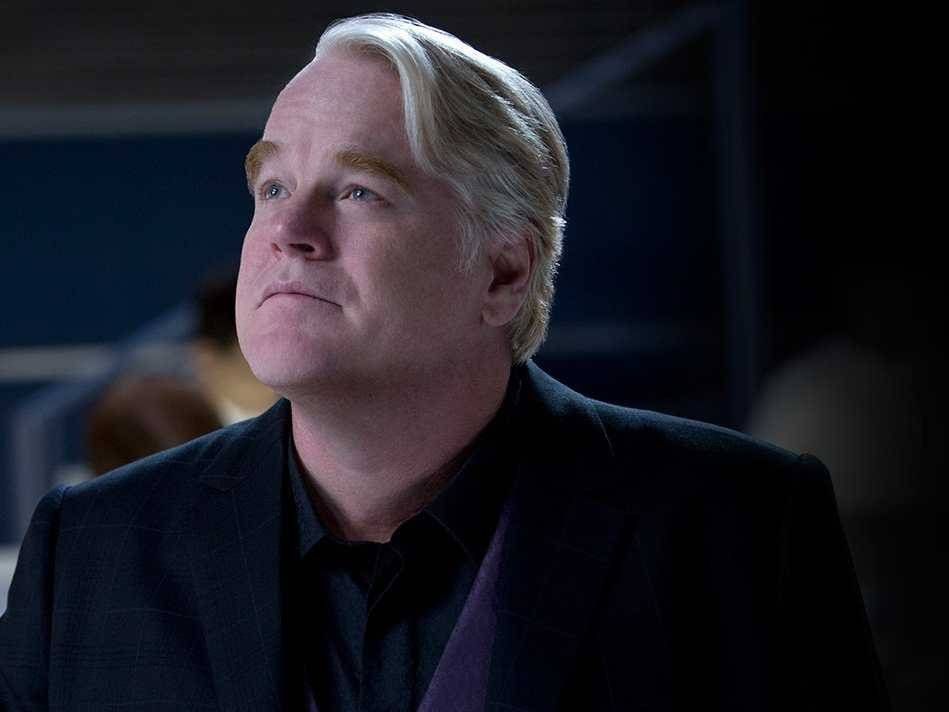 On Sunday, February 2nd, actor Philip Seymour Hoffman was found dead in his Manhattan apartment. Only 46 years old, Hoffman wasn’t just a brilliant actor, but a bibliophile. According to a 2004 interview from The Believer, Hoffman:

…has recently exhausted shelving space in his New York City apartment and has resorted to stacking books in his apartment’s hallway. At any one time he is usually reading an absurd amount of books…

Therefore it should come as no surprise that some of Hoffman’s greatest roles were related to books. From Capote to Catching Fire, Hoffman’s love for the written word guided him to characters that resonated with their capriciousness, confusion, anger, intelligence, humor, and above all humanity. Here’s a list of some of Hoffman’s best bookish roles.

1. Truman Capote in Capote (2005)
This first pick is obvious. Hoffman won a slew awards for his portrayal of Truman Capote in this dramatization of the writing of In Cold Blood, including the Golden Globe, BAFTA, SAG Award, and Oscar, and it’s easy to see why. Roger Ebert called his performance “uncanny,” and said that he didn’t so much imitate Capote as channel him. It’s based on the biography of Truman Capote by Gerald Clarke.

Book Deals Newsletter
Sign up for our Book Deals newsletter and get up to 80% off books you actually want to read.
Thank you for signing up! Keep an eye on your inbox.
By signing up you agree to our terms of use
Okay, so this movie isn’t strictly bookish, but the main character—Cotard—is a playwright, and in part it’s about storytelling. So I figure it’s close enough. This very strange film follows the creation of Cotard’s magnum opus, a play that’s about—well, that keeps changing. But whatever it’s about, Cotard wants it to be the height of realism. Unfortunately, his reality is becoming increasingly bizarre and surreal as he inches ever closer toward death. This is probably my absolute favorite of all of Hoffman’s movies.

3. Freddie Miles in The Talented Mr. Ripley (1999)
Based on the novel of the same name by Patricia Highsmith, Hoffman plays Tom Ripley’s snobby, smirking nemesis, the only person who suspects Tom’s not who he says he is. I would describe this movie as “If Hitchcock directed The Great Gatsby,” and Hoffman is pitch-perfect as the type of character audiences love to hate.

[youtube]https://www.youtube.com/watch?v=066BFGk6QvA[/youtube] (Note this clip has a lot of cursing, potentially NSFW.)


Hoffman received best supporting noms from the Broadcast Film Critics Association, BAFTAs, Golden Globes, and Academy Awards for his portrayal of a CIA agent who’s a loveable rogue. Along with Congressman Charles Wilson, Gust organizes a covert op to keep the Soviet Union out of Afghanistan. Based on the book of the same title by George Crile.

5. Plutarch Heavensbee in Catching Fire (2013)
Full disclosure: I haven’t seen this movie yet. Or read the books. So, yeah, I’m really behind. It does sound like the role of Plutarch Heavensbee is pivotal in the final books, though, and that’s one of the reasons the filmmakers were so keen to cast Hoffman. In this interview with MTV News, director Francis Lawrence discusses why they chose Hoffman for the role of Plutarch. And here’s a clip of Hoffman telling a reporter how much he loved The Hunger Games novels by Suzanne Collins.

6. Dan Mahowny in Owning Mahowny (2003)
Hoffman owns this film as the title character, a bank manager who embezzles millions of dollars to feed his gambling addiction. Roger Ebert listed it in his top ten movies of 2003, and Gary Ross (who wrote the book the movie was based on, Stung: The Incredible Obsession of Brian Molony) said in an interview for McClelland & Stewart that Hoffman “assimilate[d] the psychic essence of Molony—a yawning emptiness that nothing except gambling was able to fill.”

Bonus: Salinger (2013)
Technically this isn’t a “role,” because Hoffman is simply being himself, but it is really bookish. In this documentary about one of the most fascinating men of the 20th century, Hoffman talks briefly about the impact JD Salinger’s The Catcher in the Rye had on his life. This is an amazing, compelling, totally fascinating documentary that everyone should watch.