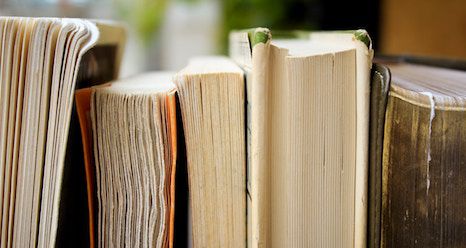 The study and analysis of philanthropy has been growing the past ten years. The Lilly Family School of Philanthropy at Indiana University puts out studies on the impact of gender, the composition of donor advised funds and more. Facebook fundraisers for people’s birthdays have become a regular occurrence; nary a week goes by where I don’t receive a request for birthday donations. In honor of a big philanthropy conference in early August, I’ve put together five fascinating books that look at varying aspects of philanthropy. I am using the term philanthropy broadly to include international aid, microcredit, and social programming. 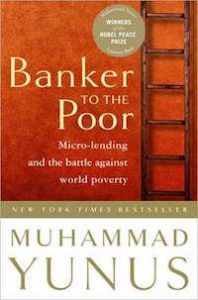 Banker to the Poor: Micro-Lending and the Battle Against Global Poverty by Muhammad Yunus

Muhammad Yunus is a big name in international philanthropy and development. He’s the maestro of microcredit; Yunus and Grameen Bank have won a Nobel Peace Prize in 2006. In this text, Yunus describes why he started Grameen bank and how it provided a sustainable model of microcredit. The Bank supported mostly women with businesses and home improvements to provide themselves and their families with better lives.

I was fortunate that I got to see the man himself back in the Fall of 2017 on a speaking tour for his new work A World of Three Zeros. Total fangirl moment!

Dead Aid: Why Aid Is Not Working and How There Is a Better Way for Africa by Dambisa Moyo

This work is interesting to pair with Yunus’s work. Dead Aid presents a controversial thesis: aid to Africa has hurt the continent more than it has helped. Moyo, a former economist with the World Bank, argues that 60 years of aid have not helped the region grow but have encouraged dependency and corruption. Instead, she argues that Africa needs to end its reliance on aid and focus on capital markets, foreign direct investment, micro-lending, and remittances to improve economies and the overall well-being of the poor. While I’m not sure I agree with the complete faith in the healing powers of the world market as the main path to economic success, it does make one want to take a look at how and why aid is used. 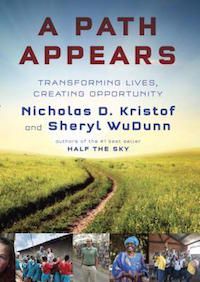 Kristof, Op-Ed writer for the New York Times, and Wudunn, journalist and business executive, have written a multi-faceted book about philanthropy. It covers a lot of ground, looking at specific programs like early childhood programs and neuroscience of philanthropy, while also talking about the importance of accountability and research to understand the impact that philanthropic efforts are having on the populations it is supposed to serve. The husband and wife duo also wrote Half the Sky: Turning Oppression into Opportunity for Women Worldwide in 2009. 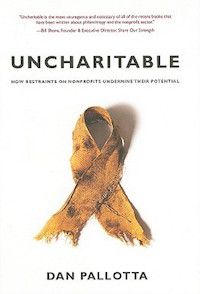 Uncharitable: How Restraints on Nonprofits Undermine Their Potential by Dan Polletta

I was lucky enough to hear Dan Polletta speak at a conference a few years ago. His basic premise is that the way society and government treats nonprofits has hurt their ability to solve major problems of the world. One of the biggest takeaways was the obsession with low overhead. By ranking charities on how little they spend on their own operations, charities are undercutting their ability to do the work. Overhead means professional development and salaries/benefits for staff, new equipment, etc. While we want donations to be used towards the mission, we have to remember that being able to act and improve on the mission is an important part of the picture. 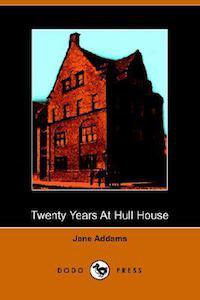 This is an oldie but it’s a goodie. I’m very proud to be able to call the magnificent Jane Addams a Chicagoan. There’s little in Chicago and beyond that wasn’t impacted by her. In Twenty Years, she chronicles her life and her decision to found the Hull House. Addams, along with the residents of the house, developed programming and services to provide for the neighborhood. For instance, in order to combat the horrible public health problem due to overflowing trash, Addams became a garbage inspector.

These are just five works about philanthropy. What philanthropic books would you recommend?