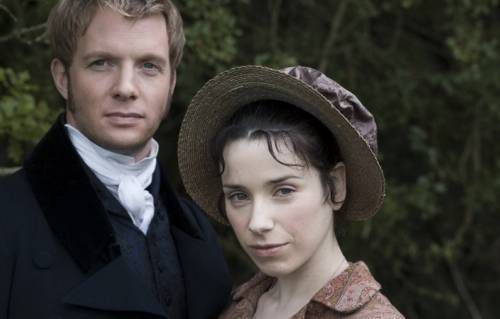 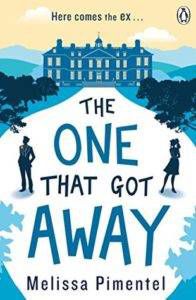 Persuasion has never been my favorite of Jane Austen’s works. I know this because my Kindle app says I’ve read it but I had to go back and scan through the novel to write this post as I remembered absolutely nothing about it. I made a good faith effort to actually reread but… well… let’s say I’d rather spend time with Sense and Sensibility or Northanger Abbey. For me (and only for me, mind) Persuasion lacks the quintessential deep dive into character and special quirkiness that define Austen in the special corner of my brain devoted to her, the Austen “spark” if you will.

Being an Austen fangirl, however, I’ll give anything even tangentially related to her a shot (well, okay, not anything. The BBC Pride and Prejudice adaptation is the only one as far as I’m concerned, but besides that…) and, thus, was quick to respond with an emphatic “yes” when offered a galley of Melissa Pimentel’s updated version of Persuasion, The One That Got Away (available August 22nd from St. Martin’s Press).

Ruby is an ad accounts executive. She works hard, enjoys her freedom and independence, and definitely doesn’t regret breaking up with Ethan Bailey ten years previous. Definitely, definitely not. Until (inevitably) her sister decides to marry Ethan’s best friend and Ruby and Ethan find themselves trapped at the same hotel in rural England for the proceedings.

There are Misunderstandings, and there must always be. A Mistake. Also Complications and a Crisis.

It could all very easily fall flat.

The One That Got Away is a charming reinvention of Persuasion. Ruby is the complex and layered female lead we expect from Austen and her descendants, striving to be more than the foundations provided for her by family and education. She is uncertain, smart, driven, and kind. She will do anything for her father, and especially her sometimes distant, sometimes selfish, but ultimately loving little sister, Piper. Ethan is tough, sensitive, loving, and also trying to find a different path than his father’s. Even the peripheral characters in Pimentel’s novel have some depth, little touches to differentiate them from other characters and help them live a bit beyond the pages.

Pimentel also manages to translate Austen’s “comedy of manners” elements to the modern era, another bit of integral Austen which feels lacking in Persuasion itself, turning Ruby’s discerning and conflicted eye on small town society, the corporate world, and on New York. Like the misunderstandings between characters in Austen’s work, those cropping up between Ruby and Ethan stem from differences in social standing and upbringing, conflicts which feel, as Austen’s did in her own time, not only possible, but probable, especially given the current prevailing social climate, which seems to be trending toward traditional and conservative (and icky. Let us not forget icky).

Austen, unlike many of her male contemporaries, understood the delicate and varied shades of gray which temper everyday life, and Pimentel does her proud, reminding us that not everything is as it seems, that a woman can be successful and awkward, parents can try hard and still fail spectacularly. That there are different sorts of intelligence and it may take time for someone to become proficient in more than one, or any, of them. That what we think we know is true and also only a part of the whole.

That people, as Austen knew and has taught us at every opportunity, can learn and grow and change.

Quick and sweet, The One That Got Away is a perfect, romantic escape and Melissa Pimentel does our Jane proud with it.