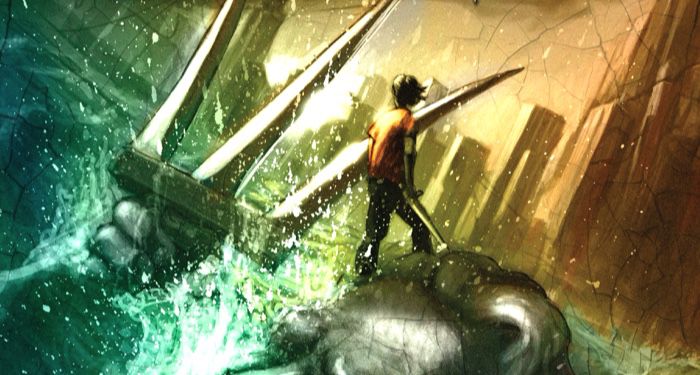 On Thursday, Rick Riordan and his wife Becky Riordan took to Twitter to announce the development of the Percy Jackson series for Disney+. On December 10, 2019, Rick tweeted that he was meeting with Disney executives to convince them to adapt his popular middle grade novels. I guess it worked!

“We can’t say much more at this stage but we are very excited about the idea of a live-action series of the highest quality, following the storyline of the original Percy Jackson five-book series, starting with The Lighting Thief in season one,” said Rick in a tweet after his original announcement.

The Lighting Thief is a fantasy-adventure middle grade novel, the first of five novels in Riordan’s Percy Jackson and the Olympians series, which follows Percy Jackson who just found out he is a demigod. He is sent to Camp Half Blood, a summer camp for demigods, where he finds out his father is Poseidon, God of the Sea. Soon after he sets out on a quest across the United States to reach the Underworld in order to prevent a war between the gods.

In 2010, a movie adaptation for the first book was released. An adaptation for the second book in the series, Percy Jackson: The Sea of Monsters, followed in 2013. The series has grossed over $430 million at the worldwide box office.

Some Percy Jackson content for you while you wait!

15 of My Favorite Percy Jackson Quotes