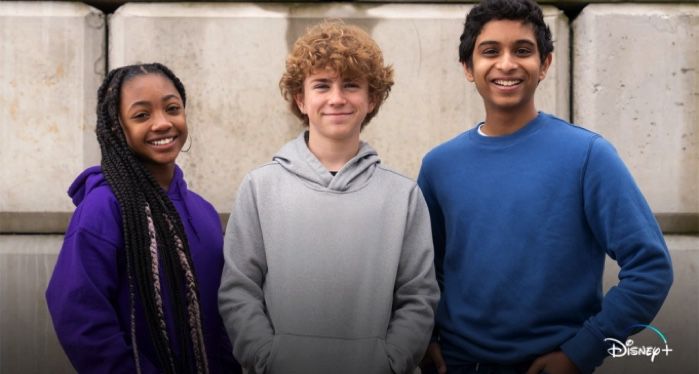 Author Rick Riordan has spoken out against fans upset about casting choices for the upcoming Disney+ adaptation of his series Percy Jackson and the Olympians.

The series follows Percy, a neurodivergent teen who finds out his father is the Greek god Poseidon, making him a demigod. As he contends with his new powers, he’s accused by the god Zeus of stealing his lightning bolt. Percy journeys with his friends Annabeth and Grover to restore order to the heavens.

On Thursday, the cast for two of the main characters of the show were revealed. Even though Riordan has said the response to the casting has been overwhelmingly positive, there are some who have responded negatively to Annabeth Chase being played by 12-year-old Black actress Leah Jeffries.

The author posted a response to the criticism on his website, saying “If you have a problem with this casting, however, take it up with me. You have no one else to blame. We should be able to agree that bullying and harassing a child online is inexcusably wrong.”

“You are judging her appropriateness for this role solely and exclusively on how she looks. She is a Black girl playing someone who was described in the books as white.” He continued, “Friends, that is racism.”

The author also touched on how racism goes against the core message of the Percy Jackson series, adding ” The core message of Percy Jackson has always been that difference is strength. There is power in plurality. The things that distinguish us from one another are often our marks of individual greatness. You should never judge someone by how well they fit your preconceived notions. That neurodivergent kid who has failed out of six schools, for instance, may well be the son of Poseidon. Anyone can be a hero.”

The show is scheduled to start filming in summer 2022.