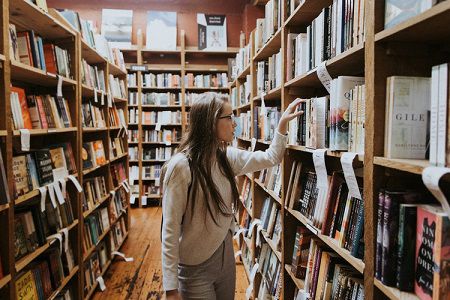 Sponsored by The Girlfriend by Michelle Frances

Penguin is saying yes to Virginia Woolf and Margaret Atwood but no to the likes of James Joyce and Martin Amis as it prepares to open a bookshop in east London that will only sell books by women.

The pop-up store Like a Woman will be open from 5-9 March on Rivington Street in Shoreditch, to mark International Women’s Day and the centenary of the Representation of the People Act, which extended the women’s right to vote. The shop, which will stock books by more than 200 writers, will “celebrate the persistence of women who’ve fought for change: those who fight, rebel and shout #LikeAWoman”, according to Penguin.

Ok but can we make the store permanent?

James Dashner, author of the bestselling young adult Maze Runner books, has issued an apology in which he says that he “will seek counselling and guidance” after he was accused of sexual harassment. He has also been dropped by his US publisher, Penguin Random House.

Being dropped by his publisher is huge.