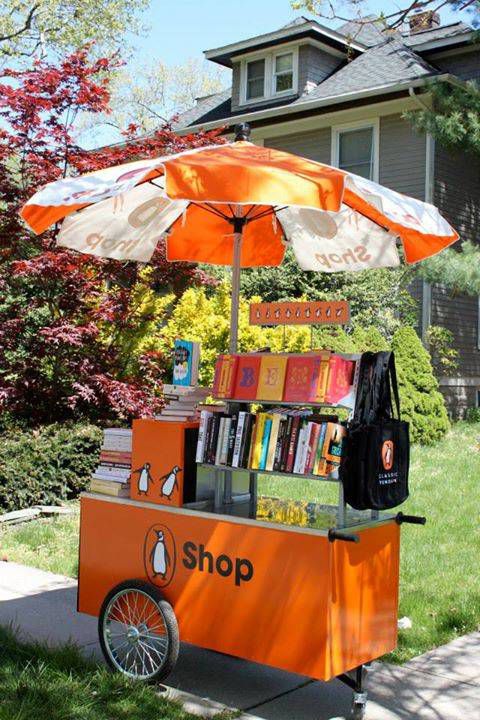 Meet the Penguin Book Truck. It’s like a bookmobile that’s been crossed with a food truck and turned into a bookstore. 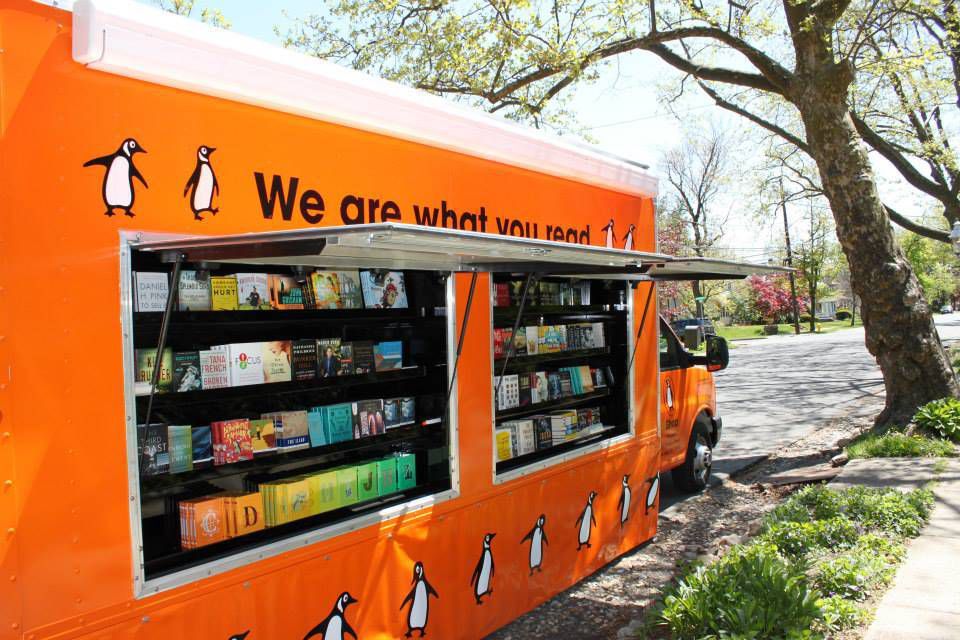 A big, delightfully orange truck with exterior shelving, the book truck will be traveling across the country promoting Penguin books. It’s also a delivery mechanism for another bit of mobile bookselling, this one inspired by the classic hot dog vending cart.

Using vehicles to get books to readers isn’t new, of course, the bookmobile being the most prominent example. But most bookmobiles in the U.S. have been publicly-funded and linked to libraries. So the fact that, this time, a private company driving books around around is a bit unusual—but it’s by no means unprecedented.

Mobile book-selling actually has a long history, from chapmen (who used to travel European countryside selling cheap little chapbooks) to the titular bookstore in the 1917 novel Parnassus on Wheels. 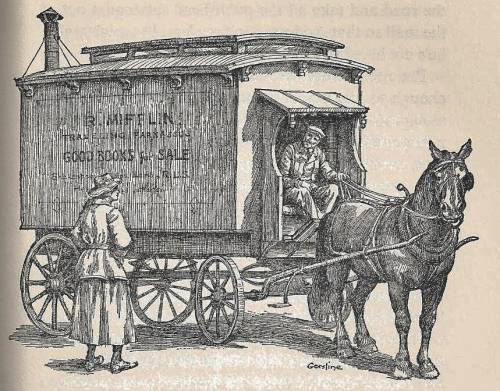 Illustration by Douglas Gorsline, from a 1955 edition of Christopher Morley’s Parnassus on Wheels. Photo from Leaves & Pages.

According to a VP at Penguin, the project was partly inspired by Penguin staffers in the UK who had built a pushcart to promote and sell books in London. That’s appropriate, since my absolute favorite precursor to the Penguin Book Truck is also delightfully British.

In 1950, still struggling economically in the wake of the Second World War, a consortium of 58 British publishers decided to expand the market by their books by bringing them to the U.S. They didn’t just ship them across the Atlantic, though. Instead they built a commercial bookmobile, stocked it with British books, and drove it across the U.S., from New York to Los Angeles. 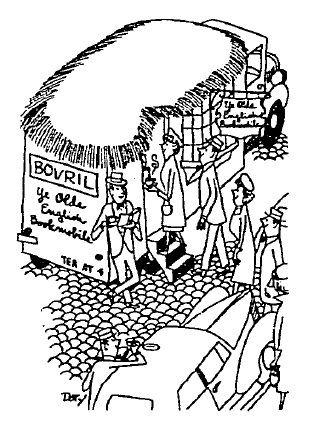 The bookmobile visited 2,000 stores and a number of libraries along the way, and the British Book Centre reported an 273% increase in sales of British books in the U.S. that year.

I suspect Penguin’s ambitions for their truck are a bit less grand. But, even so, they’ve certainly built two beautiful contraptions to help peddle their wares.

ETA: After this post was submitted, Penguin marketer Colleen Lindsay posted a passel of amazing photos of the Penguin Book Truck in action. Check them out here. You can also follow the truck on Twitter (@PenguinBkTruck) for more details and pictures.