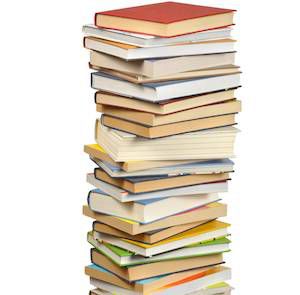 Zahrah the Windseeker by Nnedi Okorafor: Because I keep seeing her name around, and this was the first book of hers that came up on Oyster. (Ebook)

Death By Black Hole: And Other Cosmic Quandaries by Neil Degrasse Tyson: Because space! And black holes! And death! (Audiobook)

Mystery on the Isles of Shoals Murders by J. Dennis Robinson Because nothing says holiday cheer like a local double ax murder. (I didn’t do it – it took place in 1873.) (Hardcover)

The Wilderness of Ruin: A Tale of Madness, Fire, and the Hunt for America’s Youngest Serial Killer by Roseanne Montillo. Why yes, I am a ghoulish little monkey. (Galley)

Prudence by Gail Carriger The spawn of Alexia Macoon has her own series! I’m calling it “Steampunky Brewster.” (Galley)

Fay by Larry Brown: This book was recommended to me by a guy that I happened to speak to at Kenny Brown’s North Mississippi Hill Country Picnic. A thunderstorm had ground everything to a halt and while we were huddled under canopies, we started talking about books. He couldn’t say enough amazing things about Larry Brown as a writer and Fay as a novel. I’ve just started reading it so I have no idea where the story is going to go. But already I understand why the guy recommended it. It’s well-written, evocative, and it takes place right in the area of the picnic, around Oxford, Tupelo, Holly Springs, and Batesville in Mississippi. (Paperback)

Art Schooled by Jamie Coe: I didn’t go to art school, but I have a few friends who did, and this beautiful graphic novel is a great, funny window into their twisted psyches.

Spinster:  A Life of One’s Own by Kate Bolick. This is turning out to be an odd pick, as I’m a very happily married woman. But Bolick’s approach isn’t to advocate spinsterhood or single-ness for all, but rather to look at her own relationship to single-ness, and how being a woman, a daughter, and a writer have informed this state. Guided by five “awakeners,” five single female writers from the New England area, Bolick provides a historic look at the state of the single woman (and particularly the single woman writer) in America, and considers the cultural assumptions around marriage and coupling, all research that weaves in with her own personal story. (Advanced Review Copy, eBook)

The Ice Twins by S.K. Tremayne: Because twins are always a wee bit creepy (thanks Stanley Kubrick) as are the islands off Scotland’s west coast. Put the two together and – pow! – you have my attention. (Advance Review Copy, paperback)

Men We Reaped by Jesmyn Ward: This one has been on my pile for at least a year, and I decided to pick it up after several people tweeted about it as an important perspective on race and American culture, particularly in light of recent events. (paperback)

The Shining Girls by Lauren Beukes: My end-of-year reading project is to dive into the backlists of writers I just fell for in 2014. Beukes’ latest novel Broken Monsters knocked my socks off, so I can’t wait to let her creep me out all over again. (ebook)

Mistborn by Brandon Sanderson: A friend pushed this epic fantasy novel into my hands to read. I’m about 50 pages in though and it’s a little meh. Heard it picks up, so spending a little more time with it to see. (paperback)

Land of Love and Drowning by Tiphanie Yanique: Because Rebecca Joines Schinsky chose it as her pick for Best Books of 2014. Nuff said. (Hardcover, Library)

The Ocean at the End of the Lane by Neil Gaiman: for PBR Book Club in Lawrence, Kansas. And because the audiobook is read by Neil himself! (Audiobook CD, Library)

Find Me by Laura van den Berg: Her short stories are the best, and her novel is even best-er. (paperback galley)

Yes, Please by Amy Poehler: finally getting around to the audio of this because Rebecca Schinsky has started referring to Amy as her girlfriend (audio)

Shadow of Night by Deborah Harkness: I started to read the last of the Discovery of Witches trilogy, but found that I couldn’t remember a single thing that’d happened in the first two. So I went back for a reread, plowed through the first one over Thanksgiving and am nearly done with this 2nd installment. Can’t wait to start The Book of Life with the details fresh in my head. (hardcover)

Golden Son by Pierce Brown: True story, Piece Brown’s Red Rising took me entirely by surprise. A straight up science-fiction epic, it was one of the most surprising YA books I’d picked up in quite some time. People living on Mars, born into castes, and the lowest of the low living in ignorance regarding the rest of the world. And when one of them discovers what’s really going on, things get crazy. And what a book. Really excited to be reading the sequel, I can’t wait to see how he tops the first book. It published this January. (NetGalley)

Mortal Heart by Robin LaFevers: It’s the last book in the trilogy that totally surprised me this year. I like it a little, tiny bit less than the first two but still really like it. (ebook)

Brown Girl Dreaming by Jacqueline Woodson: Because obviously, it’s going to be beautiful and amazing. (library)

The Secret History of Las Vegas by Chris Abani: I’m hooked on the language of this book. Abani captures the shadow of Sin City with surreal, carnivalesque wit. (paperback)

Influencing Hemingway by Nancy W. Sindelar: I bought this book directly from the author this summer at Printers Row Lit Fest. We had a great conversation, and I’ve been meaning to read it since. I’m just about to start it. (Hardcover)

Star Wars: Heir to the Empire (Thrawn #1) by Timothy Zahn: I love all things Star Wars, so it was only a matter of time before I finally settled down into these. It just felt like the right time for it now that it’s cozy season. (ebook gift from a pal)

168 Hours: You Have More Time Than You Think by Laura Vanderkam: I’m starting to think about goals for 2015, and this book, all about making time for things that are most important and cutting out the clutter, is starting to spark some ideas.

Horrorstor by Grady Hendrix: Because everyone else has already read this and I finally got it from my library holds list. (paperback, library)

Inside Scientology by Janet Reitman: Because I am so fascinated by Scientology and compulsively read anything I can about it. (audiobook, audible)

DVF: Journey of a Dress by Diane Von Furstenberg – This book is gorgeous and she’s gorgeous and I missed seeing the actual exhibit, so I’m drooling over these pages instead. (hardcover)

The Beekeeper’s Apprentice by Laurie R. King – I’ve been reading this one out loud to my mister (horrible accents included) for a while now. It’s the first in my all-time favorite series. So much love. (paperback)

The Faerie Queene, Book 2 by Edmund Spencer: Reading all the Faerie Queene books is on my bucket list. It’s one of those goals that might never happen, though. Like learning seven languages. (Audiobook)

Get in Trouble by Kelly Link. Because genre short stories by women is the name of the game right now. So far it’s like reading stories by Neil Gaiman.

After The People Lights Have Gone Off by Stephen Graham Jones. Another anthology of short stories. Dark and gruesome so far, with interesting takes on vampires, werewolves and the demons within us all.

Faithful Place by Tana French: It’s that time of year when all I want are mystery and fantasy books and Tana French never disappoints. (paperback that I own & ebook from the library)

Harry Potter and the Chamber of Secrets by JK Rowling: Because I’ve been in a reading slump and I knew re-reading this series would work its magic (get it! I kill me). (Harcover, I bought them all right away as they came out cause I’m nerdy like that)