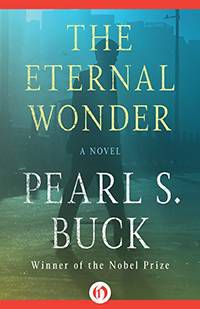 A short time ago, I came across Shortlist.com’s list of the “30 Greatest Posthumous Novels.” There were the usual suspects: Mark Twain’s The Mysterious Stranger, David Foster Wallace’s The Pale King, Jane Austen’s Northanger Abbey, etc. etc. Some of the books on the list I had read or just heard of, and some I was surprised to learn were published after the author’s death. Not knowing the circumstances behind the posthumous publications of most of these works, though, allowed me to fit them into my mental bookcase with ease. Okay, so The Mysterious Stranger was published six years after Twain’s death, but all that was nearly a century ago. Not much, therefore, has changed when I think about Twain’s body of work.

And yet, how different it felt to hear about the publication of Pearl Buck’s latest novel, The Eternal Wonder, which just came out at the end of October. Best known for The Good Earth (1931), a novel about a Chinese family set in the years leading up to World War I, Buck is also famous for being the first American woman to win the Nobel Prize in Literature (1938). I read The Good Earth at some point during high school, but I stopped there, never hearing about Buck in high school or college English classes, and thus not knowing that she wrote dozens of novels and several works of nonfiction. 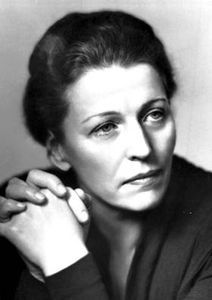 So when I received a review copy of The Eternal Wonder and learned about the circumstances of its discovery and eventual publication, I was fascinated. Apparently, after Buck died in 1973, her estate was in disarray, and manuscripts and other items disappeared. Somehow, the manuscript of The Eternal Wonder wound up clear across the country in a storage unit in Texas. Her family only recently learned about its existence. Despite the fact that it wasn’t a polished, completed manuscript, Buck’s son and literary executor worked with the publisher to prepare it for publication. It is a patient and beautiful book about the emotional and artistic development of a genius, a young man who learns that wonder and curiosity are what drive our quest to understand the world around us.

I suppose that this particular posthumous novel stood out to me because I had already read one of Buck’s novels but hadn’t known about the others. Then, suddenly, here comes a new novel, appearing as if by magic, and I’m in the right place at the right time to read it, hot off the presses, if you will. I guess what I’m saying is, I’ve never had good timing when it comes to fiction written after 1920. I’m always hearing about great new novels late, after everyone else has already read them and raved about them. I’m always telling myself, “I’ll read his books, I’ll read her books, one day,” but I never get around to it because there are still so many pre-20th-century books I need to read.

This time, though, I caught a posthumous novel (by a writer who died not that long ago, in the grand scheme of things) as it floated by on the river of time, and now I’m inspired to turn back and revisit Pearl Buck. And some of those other posthumous novels that call out to be read.