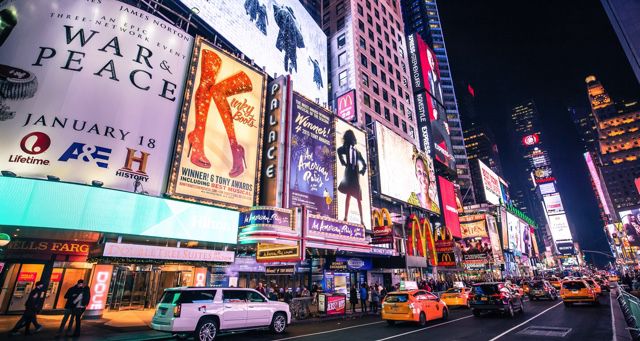 Once, while browsing the drama section at Barnes & Noble, I came across a slim, yellow play with the unusual title How I Learned to Drive. Selecting it mostly from title alone, I added the play to my basket and set off discovering one of my favorite playwrights. With the recent news that How I Learned to Drive is coming to Broadway for the first time, I thought now would be a good time to revisit the cache of great Paula Vogel plays I’ve had the pleasure of reading.

For those unfamiliar, Vogel is the author of 15 plays, which have been produced all over the country and world. She was the head of the playwriting program at Brown University for over 20 years and also taught at Yale University, concurrent with her time as the playwright in residence at Yale Repertory Theatre. How I Learned to Drive won the Pulitzer Prize for Drama in 1998, placing Vogel’s tale of a woman examining her troubled relationship with her uncle in the esteemed company of Long Day’s Journey Into Night, Fences, and ‘night, Mother. Finally and deservedly, she was one of the most produced playwrights in the United States in 2018–19.

Vogel’s resume is nothing to sneeze at. Her plays explore themes in feminism, LGBTQ+ rights, and the idea that free expression is a human right. They represent some of the finest writing in the modern American theatre, and beyond. These three plays are a great way to begin experiencing this dramatist’s work. 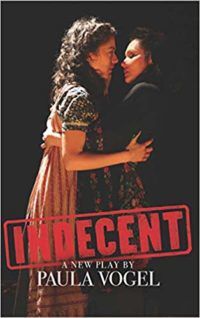 To make a road map of Paula Vogel’s career, a great place to start is with Indecent, her most recent play. It is also the first to ever get produced on Broadway, a fact which seems unbelievable when considering it premiered at American theatre’s highest level in 2017, over 40 years after the writer’s first script was produced in 1974.

Indecent depicts the controversy surrounding the Polish play God of Vengeance, whose original Broadway production led to the arrests of its cast. It tackles the violence, antisemitism, and homophobia surrounding the production, and makes prescient claims about the importance of art and the evils of censorship. Additionally, it contains some of the metatheatricality that is one of Vogel’s trademarks; one character in the play is the stage manager of the production. 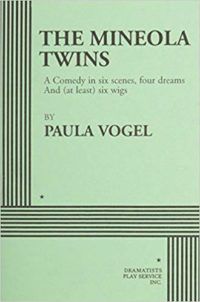 Although The Mineola Twins is among the lesser known of Paula Vogel plays, it remains one of my favorites after having read it several times. It is a fast-paced, satirical play that tells the history of the women’s movement in the United States. The play has two characters, sisters who occupy opposite ends of the political spectrum, but each is played by the same actor. In some ways, The Mineola Twins presents Vogel at her finest, telling a full story of historic moments in women’s history with only a single actor’s dialogue. 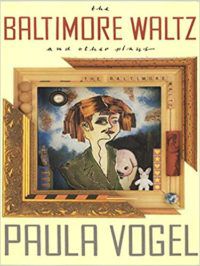 Written in honor of her brother Carl, The Baltimore Waltz is perhaps (read: 100%, totally, definitely, in this writer’s humble opinion) Paula Vogel’s finest work. It includes all of the trademarks of the writer’s drama: metatheatricality in the form of direct addresses to the audience and in-depth references to Orson Welles’s The Third Man; an actor playing many different roles; sardonic humor in the form of protagonist Anna’s fictional “Acquired Toilet Disease”; a gut punch of an ending that leaves the reader/viewer reeling from the way it magnifies the fears and hopes of its audience. (No spoilers. Just read the play.)

Vogel is just one of many women writing amazing plays. Reading plays can be a great way to add variation to your reading schedule, so pick some up at the library or bookstore and get reading—maybe even invite some friends over to read aloud?