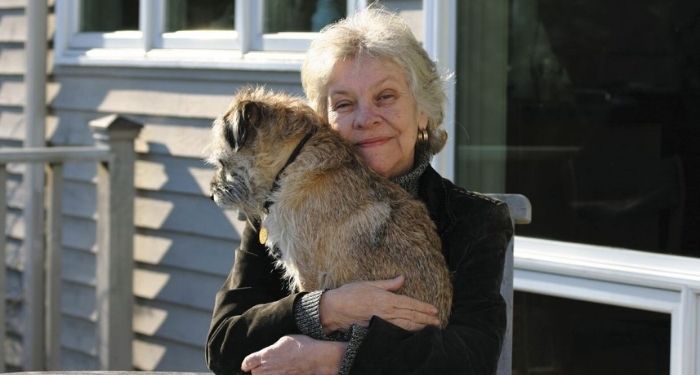 Patricia MacLachlan, celebrated author of children’s literature and recipient of the prestigious Newbery Medal, died March 31 at the age of 84.

MacLachlan, born Patricia Marie Pritzkaum on March 3 1938, wrote over 60 books in a career that spanned over four decades. Among her most beloved works is Sarah, Plain and Tall, a novel that earned her the 1986 Newbery Medal, the highest accolade in children’s literature. This story brings her lifelong love of prairies (or rather, of her prairie) to life. Indeed, MacLachlan was born in Cheyenne, Wyoming, and although her parents eventually moved the family to Minnesota, away from the prairie of her childhood, she carried it with her throughout her life, literally. In an interview with Two Writing Teachers, MacLachlan explained that she carried a small bag of prairie dirt as a kind of amulet:

I carry a small bag of prairie dirt to remind me of where I began – the prairie that I miss and still dream about.  It is sort of like a charm from my childhood.

Her love of literature was instilled in her early on by her philosophy professor father and her English-teacher-turned-homemaker mother. MacLachland once mentioned that her father made sure that she “never forgot the connection of books and life”. The lesson endured: in her Newbery acceptance speech, she wondered “Just what is the magic–the literature or the life from which it grows?” She left this question unanswered, as she often did since she abhorred would-be moralistic children’s books. On the contrary, she followed her mother’s advice to the letter: “It was my mother who urged me to ‘read a book and find out who you are’” and she extended her readers the same courtesy.

MacLachlan graduated with a Bachelor’s degree in English, obtained from the University of Connecticut in 1962. That same year, she married Robert MacLachlan, with whom she had three children: John, Emily, and Jamison. The marriage lasted 53 years, until Robert passed away in 2015.

Originally employed by a family services agency, MacLachlan began to write once her children were in school. Her first work, a picture book titled The Sick Day, was published in 1979. Her first novel, Arthur, For the Very First Time, soon followed in 1980. She continued to write and publish books until September 2021, when A Secret Shared was released.

Her most famous work is undoubtedly Sarah, Plain and Tall, the first installment in a 5-book series about the Witting family. In this novel, young Anna and her little brother Caleb are surprised but hopeful when their father Jacob announces that he took out an ad for a wife – and that a woman, self-described “plain and tall” Sarah, has responded. As Anna and Caleb get to know and love Sarah, they fear that she’ll miss her beloved sea too much – and so abandon them and their prairie in its favor. A short book, written in a measured and quiet style, it is full of beauty and truths: the kind of story that seems deceptively simple, but lingers with you longer after you turn the last page. It was turned into a TV movie in 1991, starring Glenn Close and Christopher Walken. MacLachland co-wrote the screenplay.

Although the aforementioned Newbery Medal might be the most well-known, it is not the only recognition that MacLachlan received in the course of her 42-year-long career. She was also the recipient of the 1985 Scott O’Dell Award for Historical Fiction for Children, the 1981 and 1986 Golden Kite Award, and a 2002 National Humanities Medal, among others.

The outpouring of grief on social media since news of her death arose makes one thing clear: Patricia MacLachlan touched many lives. This was already apparent in the vast numbers of books sold (7 million for Sarah, Plain and Tall alone), but after reading one heartfelt tribute after another, I’m reminded of an anecdote she brought up in her Newbery acceptance speech.

These thoughts of immortality surfaced later in the week when I was being interviewed. “What would you like written on your tombstone?” asked the interviewer. I leaned forward. “Do you mean I’m going to die?”