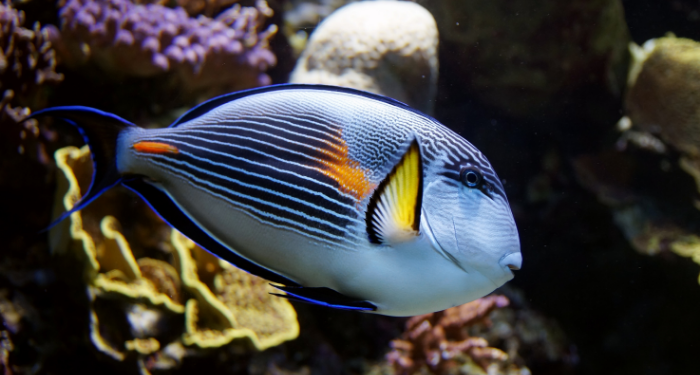 Why so many queer people feel different from their peers before they even know what that difference is, I don’t know. But growing up, I did. I tried hard to fit in with my friends (mostly girls) but no matter how hard I tried, I always felt like I didn’t belong.

It wasn’t that they were unkind to me but that internally, I couldn’t make myself feel comfortable being seen as a girl. I cut my hair short and was happy without knowing why when substitute teachers mistook me for a boy. When Halloween came, I dressed up as male characters and was finally comfortable — so rare that I recognized it and felt increasing dread. I worried that I was different in a way I’d have to keep secret if I didn’t want to lose my friends. I was sure that I was the only one.

Books were the way that I understood the world around me, but they were also my escape. I primarily read sci-fi and fantasy, but around this time I started to look for realistic fiction about teens my age. I think I wanted to feel understood, and contemporary YA dealt more directly with my feelings of alienation and need for belonging.

I spent so much time in the city library that, over a decade later, I can still picture the shelves of the YA section when I close my eyes. Besides my friends, I had no way of finding out about new books to read. I was too young to know about book blogs, and this was well before social media helped me find book recommendations for my every interest as an adult. Often, I’d wander from shelf to shelf and pick whatever book caught my eye without coming in with any list of books to check out.

By some coincidence, the book I picked one spring in 2011 would help me define the discomfort I’d started to feel in my own body: Parrotfish by Ellen Wittlinger.

Published in 2007, Parrotfish follows a teen named Grady as he comes out as transgender and transitions amidst opposition from his family. I remember reading the synopsis and being stunned that another person felt as I did — that it was a mistake they were born female.

In particular, I remember reading a passage where Grady’s friend tells them about the eponymous parrotfish, which can change gender in certain circumstances, as a way of reassuring Grady that his transition was normal. Reading that was the first time that I felt reassured about my own feelings, that they weren’t as unusual as they felt to me back then.

I didn’t come to recognize myself as transgender until later, nor did I come out to anyone else until several years after that. But the book helped me feel less alone, and it told me that there was a name for how I felt.

I don’t think I would recommend Parrotfish to trans or non-binary teens today, but not because it didn’t benefit me in some way. These days, there are trans YA authors whose books have a deeper understanding of the transmasculine experience. When I was younger, I only had access to Parrotfish.

Additionally, Parrotfish contains transition methods that would actually be harmful to trans teens in ways that a cisgender author — especially a cisgender author writing in the mid-2000s — might not know. For example, Grady uses ACE bandages to bind his chest. This is a method that, now, every trans person I know warns others against because it’s well-known to cause serious breathing restrictions and can even damage your ribs.

But back then, I did not have any trans friends. I only had what I read. I would try to bind my chest as a teen using similar methods because of this book. Back then, I knew no other way to do it. It restricted my lungs so much that I often felt out-of-breath and heard a worrying crack when I breathed in too deep for years afterward.

Compare that with LGBTQ books published in recent years, which portray trans characters using a binder — a clothing item that compresses in a way that doesn’t cause long-term damage like ACE bandages, which I didn’t discover until years later when I started talking to other trans people. It scares me to think of trans teens today reading older books like Parrotfish and following the same dangerous methods I did when there are safe options.

And that’s just the little I remember because it had such a big impact on my early transition methods. I imagine that if I were to read it again, I would find more misinformation — in part because it was written 15 years ago and because a cisgender author is not going to recognize safe transition methods as well as a trans author. Among many reasons, it’s why I think that books about trans and non-binary characters should be written by trans authors.

It’s strange, maybe, that a book that helped me get where I am today is one I would not recommend. But in its own way, it still inspires me. It makes me passionate about pushing for LGBTQ YA books (one without as much misinformation as Parrotfish) because I know how much comfort they can bring to queer teens.

And it helps me realize how much has changed, and for the better, since Parrotfish was published in 2007. When I pass the YA new releases section at my library today, I see so many books about queer characters. It makes me hopeful that today’s teens will feel alone for less time than me, and that they will have better resources than I did.