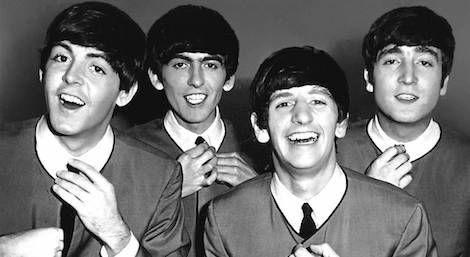 This is a guest post from Elizabeth Allen. Elizabeth’s work can be found at www.blackwhitereadbooks.com, where she is currently reading and reviewing all of the books referenced on Gilmore girls. She is also the cohost of two podcasts discussing the work of Amy Sherman-Palladino (“Under the Floorboards” and “Stumbling Ballerinas”). Basically, her entire goal in life is to be a bookish Lorelai Gilmore. She clearly dreams big. Follow her on Twitter @bwrbooks. 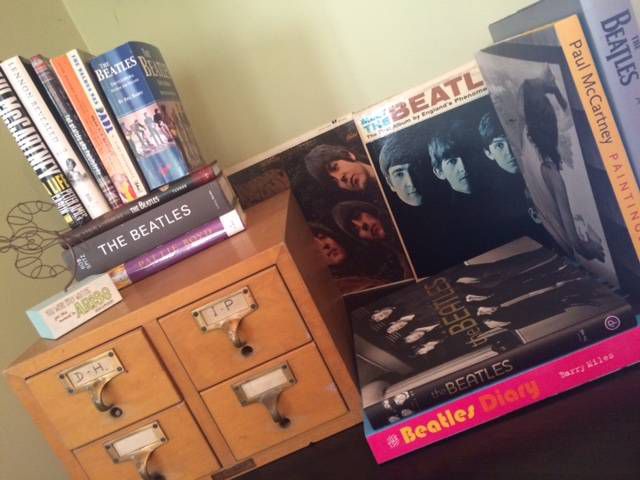 Since the moment I declared at 5 years old that I wanted to marry Paul McCartney, I’ve been in love with The Beatles. Raised by hippie parents, Paul, John, George and Ringo were always a part of my childhood. However, with the advent of the original airing of The Beatles Anthology, the obsession intensified. I’ve written a thesis paper about the Paul is Dead rumors. I have a lazy, giant cat named Penny Lane. My senior yearbook write up was simply the lyrics to In My Life. I walked down the aisle to “Here, There & Everywhere.” I have an entire section of my home library dedicated to books about The Beatles. And the collection doesn’t even include the books I borrowed (and possibly eventually returned) from the library and the ones I purchased and then lost donated.

My preference was books written by people close to the band– people who experienced the craze of The British Invasion right along with the four lads from Liverpool. Given the proliferation of information about The Beatles, it was easy to read books that continually repeated the same facts and trivia about the boys. However, I found that people who had relationships with The Beatles provided the most insightful analysis of the dynamics of the band… and also more trivia for me to impress people at parties (I’ve never actually been asked for Beatles trivia at a social event. But MY.BODY.IS.READY if the time ever comes!)

Here are a few of my favorites that any Beatles fan or music history fan should add to their TBR list! 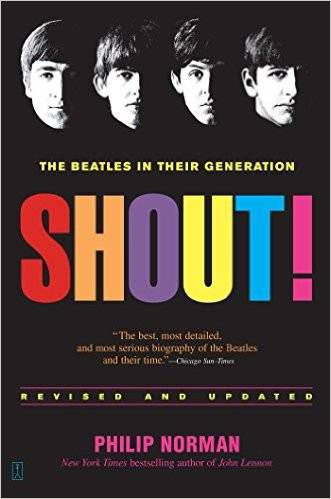 Shout!: The Beatles in Their Generation by Philip Norman

Known for his books about juggernaut musicians and bands, Philip Norman’s biography was previously considered the most comprehensive account of the career of The Beatles. In 2011, a new edition was published to include the knighting of Macca and the deaths (sniffle) of John and George. The issue I have with this book lies in Norman’s bias against Paul McCartney. I will always love John Lennon, but my undying devotion to Sir Paul made this book a bit difficult for me to embrace fully. However, if you ignore the subjectivity, this book contains valuable information and trivia about the band. 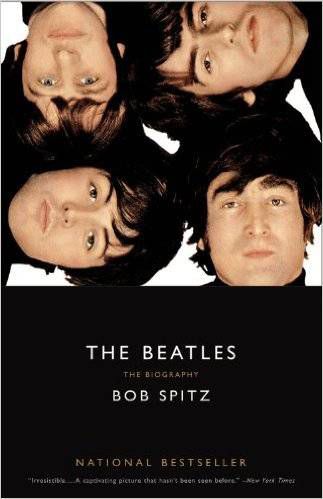 The Beatles: The Biography by Bob Spitz

At 850 pages, this book is a true opus on the career of The Beatles. This hefty and informative book is a great addition to any fan’s library. So much of the information is from non-traditional Beatles sources, ensuring that true fans aren’t just purchasing a recitation of the same gossip and tales that have been circulating for years about The Fab Four. This book was written with the same respect and reverence that are typically shown to the biographies of presidential and historical figures. 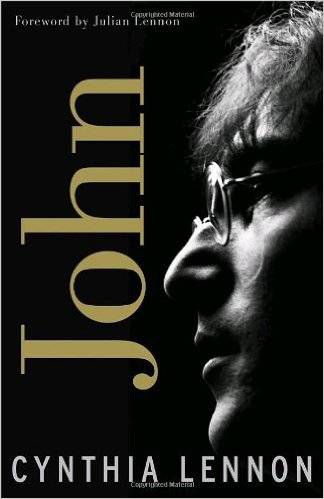 With the passing of Cynthia Lennon over the last year, now is a perfect time to pick up the first Mrs. Lennon’s biography about her ex-husband. Living in the shadow of one of the biggest musical talents of all time, Lennon truly explains the joys and sadness that came with being in such a little-known position. This book documents some of the darker moments of life with John and life as the jilted wife of a Beatle. Not-Yoko’s honesty is handled with a respect and candor that is unusual and refreshing. 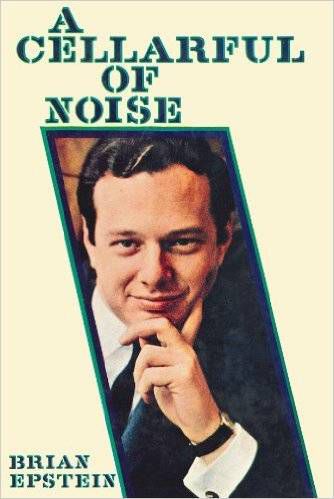 A Cellarful of Noise by Brian Epstein

Taking four young Liverpudlians out of basement clubs and placing them in the spotlight, Brian Epstein was partially (if by “partially”, you mean “almost entirely”) responsible for the meteoric rise of John, Paul, George and Ringo. A caring individual who really looked out for “his boys,” Epstein’s life was plagued by speculation on the nature of his relationship with John that led to a lot of the darkness he felt throughout his life. As is witnessed by the reaction of The Beatles upon notification of his death while they were studying under the tutelage of the Maharishi Mahesh Yogi, Epstein had a true loyalty and drive that comes through in this snapshot of time in Beatles history. 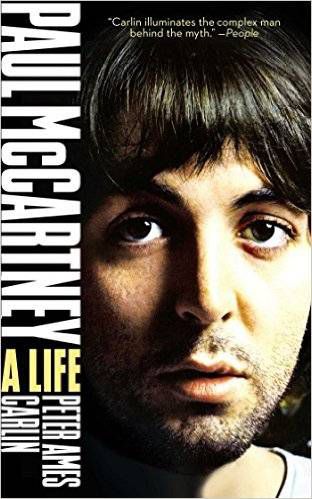 Focusing on “the cute one,” Carlin begins at the birth of McCartney and continues through the forming of his relationships with the other three, the rise and breakup of The Beatles and his career after the dissolution of the band. While Carlin’s respect for Macca comes through, it is his honesty in his portrayal of Paul as a person, a friend and a musician that truly sets this book apart. 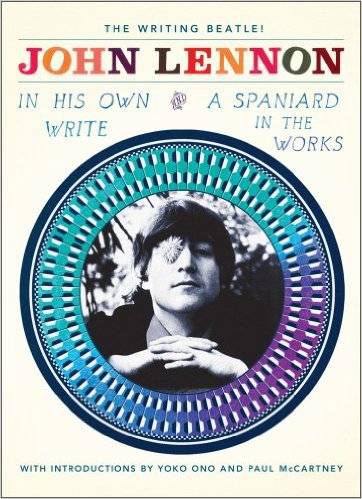 In His Own Write by John Lennon

As a bored student, John Lennon’s incredible imagination took over and was responsible for this slim volume.  A rare insight into the mind of the most creative Beatle, the prose is perfect for brief perusals when you need a hit of sarcasm and caustic wit. If you enjoy the Joycean art of playing with language and appreciate a side of whimsy with your reading, purchase this book for your library. 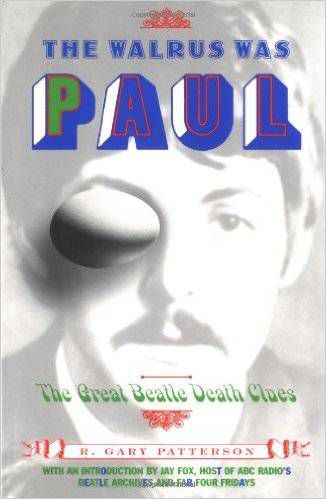 The Walrus Was Paul: The Great Beatle Death Clues by R. Gary Patterson

Named after a line from “Glass Onion” off of the album titled The Beatles (better known as The White Album), this book delves through the mystery of Paul McCartney’s reported death and all of the clues revealed during the “Paul is Dead” rumors. As I have written a thesis paper on this topic, I was totally here for this book. The hoax is dissected, the supposed clues reviewed and the commentary this phenomenon makes on the nature of gossip is deconstructed. As this book addresses a very specific point in The Beatles history, this is recommended for people with prior knowledge of their story. 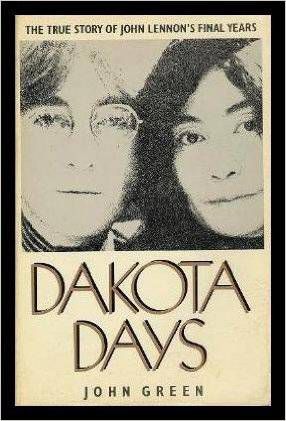 I’ve read this book multiple times, and it is the portrait of John Lennon and Yoko Ono that has stuck with me the most. The author, the Lennon’s tarot card reader, spent an incredible amount of time within the Lennon’s Dakota apartment and received personal insights and anecdotes that no other Beatles authors have been able to. While it’s easy to write-off his perspective, Green was able to provide a deep and empathetic depiction of what it was like to be Yoko and John in the years leading up to his assassination outside of that very building. The narrator has a unique voice and Dakota Days reads like a gripping novel. It also gave me an insight into the much maligned Ono that I previously did not have and sorely needed.  I’M SORRY, YOKO!

*not that John Green 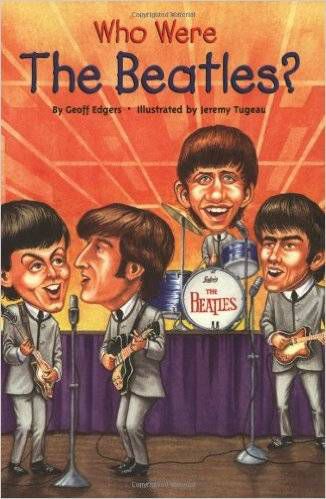 Who Were The Beatles by Geoff Edgers and Jeremy Tugeau

And a little something for the kiddies! At the baby shower for my daughter, guests signed children’s books instead of cards. Along with the six typical copies of Goodnight Moon, Lorelai also received a copy of this book. Given my reputation for being a wee bit obsessed with The Fab Four, friends realized how important it was for me to pass my hard-won knowledge of my favorite band onto my offspring. If Lorelai is a Stones girl, we’ll be having words.

This is just a small sample of my Beatles archive and I’m always looking to add to it (although given the packed status of our library, it’s safe to say my husband is not quite in agreement).

So fellow Beatles fans… what books about four lads from Liverpool do you recommend?