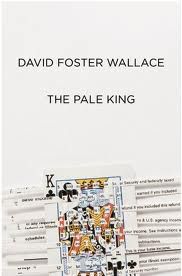 David Foster Wallace had quite a following before his suicide in 2008, but his posthumous success has turned the timbre of his fans’ devotion from frantic awe to something more sweet and resigned. While he was alive, his fans kept him as a sort of high water mark of coolness. Now that he’s dead, he’s become public property.

His changing status in the literary world is good news for the average reader who doesn’t buy books for social brownie points. That you can read Wallace on the subway without the book feeling like a prop is really awesome. It almost goes without saying that this happening after Wallace’s death is mind-numbingly tragic, and the possibility that it’s happened because of his suicide is even worse. But, the change is upon us, and so we take the good with the soul-crushing sadness that makes it possible.

One of those good things is the excitement that you feel when new stuff is posthumously released. Last year we had The Pale King come out in hardback, but this year’s paperback edition promises more than just better portability. In fact, the cover of the new release advertises four new scenes that weren’t featured in the hardback edition. Along with those scenes will also be a reading guide to go with the novel. Whether that means anything to you, you already know and don’t need me to elaborate. But if for some reason you’re still on the fence about the added scenes being worth your hard-earned cash, check out this sample from the new material and tell me if it’s not classic Wallace. Which is to say, finely crafted prose that is as dense and clear as a diamond:

“Charles Lehrl grew up not in Peoria but in nearby Decatur, home of Archer Dentists Midland and Lehrl said a city of such relentless uninteresting squalor and poverty that Peorians point with genuine pride at their city’s failure to be as bad as Decatur, whose air stank either of hog processing or burnt corn depending on the wind, whose patrician class distinguished itself by chewing gum with their front teeth. Lehrl’s narrative was that he had grown up in a mobile home the color of rotten fruit across a drainage culvert from Self-Storage Parkway, an interstate spur once built for an A. E. Staley subsidiary that had closed down when the bottom had fallen out of the pork belly market and now home to mosquitoes, conferva, shattercane, and an abundance of volunteer weeds gone hypertrophic in the outwash of nitrogen fertilizers that summertime pets disappeared in.”