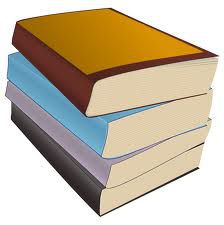 Last week, The Millions published a great piece by author Nichole Bernier about why publishers still put out paperback books. After a friend asked why publishers even bother with paperbacks, since ebooks are released at the same time as hardcovers provide cheaper alternative available immediately, Bernier wondered about the role of paperback relaunch in the life of a book:

Here’s what I learned, after a month of talking to editors, literary agents, publishers, and other authors: A paperback isn’t just a cheaper version of the book anymore. It’s a makeover. A facelift. And for some, a second shot.

Being an avid paperback buyer and supporter, I thought this article was fascinating (you should go read it!). And also answered one of my burning questions as a reader: Why don’t paperbacks have a consistent release time frame after the book’s initial release? According to Bernier:

There’s no hard-and-fast rule about when the paperback should ride in for that second lease. A year to paperback used to be standard, but now a paperback can release earlier — to capitalize on a moderately successful book before it’s forgotten — or later, if a hardcover is still turning a strong profit.

As frequent book purchaser, I find this insanely frustrating! I rarely buy hardcovers (mostly because of cost and because I find them uncomfortable to read), so when a new book catches my attention I usually get it from the library or put it on a specific book wishlist called “Waiting for Paperback.” And then I wait until I happen to run across something that reminds me the book is finally out in my preferred format — usually They’re (Paper) Ba-ack — or come across the paperback at while browsing at a bookstore. It’s a poor system; I can’t imagine the number of books I just haven’t read or purchased that I was interested in because of this weird publishing lack-of-schedule.

Here’s an example: When Gone Girl by Gillian Flynn came out I, like everyone in the universe, really wanted to read it. But as much as I was dying to pick it up, I waited patiently for it to come from the library. I read it in just a couple of days and loved it enough that I wanted it to be part of my permanent collection — in paperback, my preferred format. Since then, I periodically check online to see if a paperback release date has been set, and every few months I’m disappointed that I can’t find that information.

I’m sure there will be big buzz when Gone Girl finally is finally out in paperback, but what about less buzzy books? If a book didn’t get a big marketing budget during the hardcover launch, is the paperback going to be any better? How many books go unpurchased because readers waiting for a paperback can’t easily find out when those dates actually are?

I would love to see one of these new book discovery sites include a feature that alerts readers when books they’ve read or put on a wishlist are out in paperback. Goodreads sends an e-mail when a wishlist book is first published — I got one this week for Woke Up Lonely by Fiona Maazel — but I’ve never gotten one for a paperback, an alert I’d prefer. It seems like an easy feature to add that would help a new site distinguish itself from the others.

How do you find out about paperback releases? Do you think paperbacks are antiquated thanks to the rise of ebooks? What’s your preferred book format?