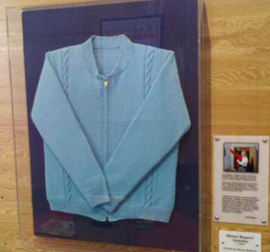 There are a few constants in my life:

Fellow Panelteer Brenna mentioned Michel Rabagliati on this very site a few months ago when she recommended 2 Québécois artists you should know about and she was right. To be honest I am really struggling to write coherently about him because all I want to do is just post a string of heart emojis and tell you all to go and read his comics. But I shall endeavour to pull myself together and get on with it!

Rabagliati’s comics are semi-autobiographical tales of his protagonist Paul and his family and offer delightful snapshots of life in Quebec at various points over the last 80 years. I could spend months talking about the structure, technical, and narrative delights that can be found in each of his albums. However, you shall be relieved to note that here I would like to focus on just one single page from his 2009 book Paul à Quebec which was translated into English under the title The Song of Roland and published in 2012.

The Song of Roland is the story of how Paul’s father-in-law, Roland Beaulieu, is diagnosed with cancer and how he and his family deal with this momentous event. It is an exceptionally moving book and one that even readers who don’t cry at the drop of a hat (I do) find effective, poignant and a realistic representation of the process of a family dealing with terminal illness.

The page in question occurs at the beginning of the final third of the book, a section in which time slows down and the story truly intensifies to become focused on Roland’s life in his bed in the hospice.

Rabagliati’s artwork owes much to the ligne-claire tradition of Franco-Belgian comics. While his figures are not hyper-realistic he draws heavily on reality for his images and this and the simplicity of his pictures only serve to make his comics more effective and moving. He often works with a three by three panel layout on his pages and this is used to great effect within this particular example.

On this page we see an interaction between Paul himself and Roland. It takes place as Roland is becoming increasingly weak and is now confined to bed. In this section Paul takes care of a few simple tasks for Roland while Paul’s wife and daughter seek drinks in the cafeteria. Paul addresses Roland as Mr Beaulieu throughout, until in the penultimate panel we see Roland invite Paul to call him by his first name, a significant moment given that Paul and his wife have been married for quite a few years. (Note: In the original French this moment sees Paul invited to move from using the formal “vous” to address Roland to the informal and familiar “tu.”)

Across the nine panels on this page our perspective moves from wider view of Roland’s bed, to an intimate close-up of Paul and Roland’s heads. Relating as it does, such a personal moment between these two men, this zooming in technique is beautifully effective and heightens the intimacy of the interaction. The final six panels on the page depict the same view of these two men and the repetition of this simple and striking image with just minute changes to the expressions on their faces further reinforces the message of these panels.

Despite Rabagliati’s faces only consisting of a few drawn lines, they are incredibly effective at conveying emotion. Paul’s mouth moves from a small circle of confusion and concern, to a single dot of surprise and then a small flicked line of surprise. While the etched lines of pain and age on Roland’s face seem to increase as the interaction develop and yet this does not convey that more pain but rather that he is smiling and content.

Even the way in which Rabagaliati conveys Roland’s difficulty with communicating is neatly done. When Roland speaks to Paul at first he draws him a speech bubble with a slightly quivering edge to it. He then also only draws part of each letter Roland speaks. At first glance the words seem like random markings, dashes, lines, and dots, but then upon closer inspection you see the way in which Rabagliati has only partially rendered these words and once again conveyed the frail condition in which Roland currently exists.

In the fourth panel of this page we see Roland and Paul both speaking within the same panel, and the same is true in the following two panels. However as the story shifts into the bottom three panels on the page Rabagliati slows down the pace of his story and alternates his characters’ speech across the panels. By shifting from having multiple speakers in a panel to only one of the characters speaking, this significant and moving moment is drawn out and stays with the reader as they turn the page. This effect is only heightened by the final, silent panel in which Paul and Roland smile at one another.

Quite honestly I could have chosen any page from Rabagliati’s oeuvre to discuss and could have mentioned many more elements from this page that make me yelp with joy at its construction, but I shall spare you. Rabagliati’s work is tender and affecting and not simply because of the stories he tells but also because of how he chooses to tell them. The Song of Roland is a great place to start with his comics, even though it is one of the most recent, why not give it a try?