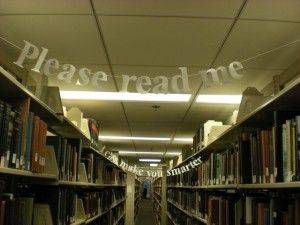 Until this week, I had never read a Superman comic, ever. If you can believe it, I’d just totally by-passed him, save for some movies. It’s not that I had a problem with the guy, so much as I wasn’t particularly interested because I perceived Superman as a character who was always a clear winner, who had such great powers and the good reputation and the dazzling smile. What could be interesting about a guy like that?

It wasn’t until later on, when I made friends with other folks who were into comics, that I started to learn about what made ol’ Supes an interesting character. I wish I could remember exactly what one pal said that finally made it click, but it really boils down to how he’s so powerful and yet living his life by the rules, and keeping a day job, and all the rest. The conflict between being an alien but also human, and acting in the better interests of humanity. Even after all that though, it would be a good three years before I finally picked up a Superman book.

That book is All-Star Superman, with Grant Morrison, Frank Quietly, and Jamie Grant headlining the run. I polled my social media feeds and it’s the book that came up the most, as well as the one I had on-hand, courtesy of my aforementioned pal. That’s right, folks… it’s been sitting in my lap for, literally, years, and I’m only reading it now.

Anyway, once I finally came to my senses, and cracked open the first issue, I was blown away. The god-like, practically invincible Superman, faced with his demise, and (at least up to where I’ve read – I’m on issue #7 at the time of writing this) a focus on what he does with what time he has left? This is the kind of drama I’m a total sucker for. It’s weird, because I’m all about fun action, happy endings, and great banter. But I also love it when I can feel the danger. With most hero books, you can kind of assume they’re going to make it out of a bind. With this book, I don’t know what’s going to happen. I mean, I guess I kind of know. But I’m trying not to think ahead.

Now, here’s where I was taken in hook, line, and sinker. In issue #2, Superman is showing Lois Lane some special areas of his Fortress of Solitude. I don’t intend any innuendo – I just mean he’s showing her stuff like weapons she could kill him with. And then, he delivers a line I’ll never forget.

That line could have easily read something like, “One day, some future man will open that door…” or “Someone, some day, will open that door…” or even “One day, some future hero will open that door…” You get the idea. That line could have been ambiguous, it could have been a lot of things. But Superman (and obviously, this is a credit to the team who worked on this book) chose to spell it out, to smoothly include women in his idea of the future and it isn’t even a big deal. At this time, he’s probably well aware his descendents and successors and allies come in all shapes, sizes, and genders, but that’s besides the point. It’s a small thing, but such a significant word choice for me, personally.

I like to consume media that exude these ideals – the simple act of including my sex in the narrative in a significant way. Media that portrays ladies not as an exception, but as Superman notes, a distinct possibility equal to that of men. And that the whole affair isn’t a big deal. It just is. The only male-led caped hero book I’ve read that has come close to this has been Batman: The Dark Knight Returns, when it came to Batman and Carrie Kelley’s relationship. That was a thing of beauty. Not the same, but a beautiful dynamic that spoke to me nonetheless.

I don’t read that many capes and tights books, and not all that many books with male leads. It may seem like a little thing, just one casual line, but honestly I’m not asking for much in the first place. Just give my fellow ladies a fair shake, some recognition. And not recognition for our potential, but for the strengths we already possess. Superman casually confirmed that he holds folks of all genders with equal regard, and that’s good enough for me. I was already sold on all his other well-known qualities, but this is what sealed it.

If you can relate, or have a story of a small thing that made a big impact on your comics reading, I want to hear about it.