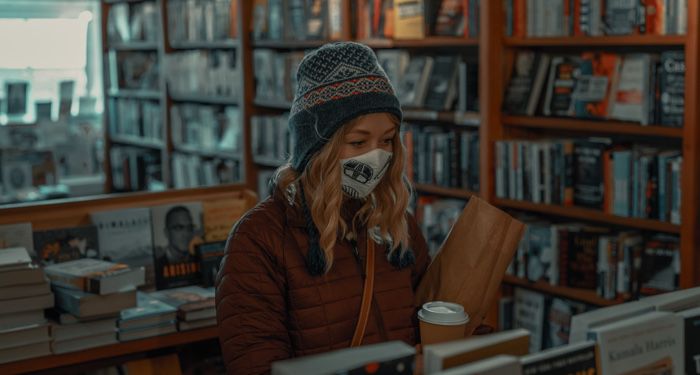 Oddly enough, one of the greatest killers in American history, the Pandemic of 1918, also known as the Spanish flu (i.e. influenza), has largely gone unrecognized in history textbooks. Lasting from 1918 to 1919, the influenza pandemic was global and killed about 50–100 million people.

Despite killing more people than WWI, the influenza wasn’t a major subject for novelists during that time and is commonly referred to as “the forgotten pandemic.” There are plenty of reasons for this, including the fact that the influenza occurred during the same time as WWI, a global war in which brutal trench warfare was first introduced. In addition, with its sheer cost of human life, the influenza could very well have overwhelmed human expression, especially because the killer went unseen and largely misunderstood. What’s more, illness has always been difficult for humans to discuss. Not long ago, talking about cancer openly was taboo (and sometimes still is).

Wars, despite being traumatic, are widely spoken and written about. Despite the acute trauma it leaves in its wake, humans sadly understand war and its easily acknowledged enemies and traumas to direct their emotions. As such, wars offer a more tangible and widely understood subject for artists.

Pandemics, on the other hand, represent a sad continuity of illness that’s deeply personal and perhaps in the early 1900s didn’t present as a desirable subject for contemporary writers such as F. Scott Fitzgerald, Gertrude Stein, Ernest Hemingway and John Dos Passos.

In her book, Viral Modernism: The Influenza Pandemic and Interwar Literature, Elizabeth Outka, a professor of English at the University of Richmond, notes that despite its body count, the influenza was hard to characterize as an enemy because “The war provided far more compelling enemies, ones that could be seen and put on posters and placed in stories.” Considering the sheer amount of books written about both worlds wars, this logic tracks.

However, pandemics can still, sadly, provide a backdrop for literature as people try to process the loss and changes to their bodies. In an interview with Mother Jones, Outka says, “Illness can come with a fair degree of unreality, and art can make it into something that has a structure and a shape. I think that grief is also somewhat like that. There’s this terrible vertigo of loss, where you’re kind of scrambling to figure out how to hold onto something, when the very point of loss is that there is nothing to hold onto. Art becomes so much more important.”

Indeed, the Pandemic of 1918 has still made its mark on literature. It just took a few decades. In the 1930s, the influenza began appearing in literature, such as the short story “The Doctor’s Son” by John O’Hara; They Came Like Swallows by William Maxwell; and Pale Horse, Pale Rider by Anne Porter. All of these novels look back at the influenza as the historical event it is along with its impact on the human body.

Interestingly, we see a reflection of this discourse on human bodies within current discourse of the COVID-19 pandemic. Specifically, we’ve seen discourse on vaccines and how they can and cannot affect human bodies, mask wearing and social distancing, and the rise in violence against Asian Americans.

In fact, pandemic literature has seen an uptick in popularity since the first round of lockdowns in 2020, especially as readers try to find mistakes of the past repeated. For example, in 2004 John Barry published The Great Influenza. Sixteen years later, it was on The New York Times Best Seller list. On NPR’s Fresh Air, when host Terry Gross asked Barry “What are some of the major mistakes you think we are repeating or we have repeated?” Barry said, “Yes. There’s a short answer.” Sadly, this repeat of history has been sounded through pandemic literature published since 2020. Writing for The Paris Review, Outka notes, “Yet the literature that arose from the influenza pandemic speaks to our current moment in profound ways, offering connections in precisely the realms where art excels: in emotional landscapes, in the ways a past moment reverberates into the present, in the ineffable conversation between the body’s experiences and our perception of the world.”

Lily Meyer from The Atlantic has noted that literature from the COVID-19 pandemic is already here. These works include works like Intimations by Zadie Smith. One difference from literature from this pandemic and the one from 1918 is that current literature speaks not only about disease and contagion in relation to the human body, but also prolonged isolation.

The COVID-19 pandemic has elicited a ton of literature pertaining to isolation and loneliness. The lockdowns and the fact that the world literally had to stop affected our social natures and forced us to contend with ourselves rather than the world we are supposed to inhabit.

While we are still living in the COVID-19 pandemic, literature offers us an opportunity for reflection, not just from this past year but also from pandemics before. Literature takes us away from the awful statistics and scientific explanations of illness to actual stories of humans trying to live with disease-addled bodies.