Both Jane Austen and L.M. Montgomery are great go-tos for escapist romantic reading. Jane Austen’s books are perennially clever, and Lucy Maud’s sometimes too pretty word combinations make you crave PEI life. Personally, I love to love these women and their work.

Not until someone presents Mr. Darcy as The Romantic Ideal am I tempted to choose sides. That he is certainly not–at least, not in my opinion. Against Darcy as the pinnacle of all love-related literary aspirations, I always want to offer Gilbert Blythe.

I realized–while forcing Gilbert and Darcy to duke it out in my imagination after another reading of Anne–that there might not be a real fight between the authors, though. They’ve got plenty of romantic archetypes, with vastly varying levels of appeal, to go around.

And so, in the name of finding common ground, I present to you: the heroes of L.M. Montgomery and Jane Austen, properly paired.

Gilbert Blythe (from Anne of Green Gables) as Mr. Knightley (from Emma)

Anne is a total Elizabeth Bennett, but she doesn’t end up with a Darcy. Instead, she has Gilbert. Gil is warm, affectionate, smart, and refined (and with no pesky diamond sunbursts or marble halls). Gilbert, like Knightley, is beside his true love as she grows up, and their graduation from chummy partners-in-crime to loves-of-each-other’s-lives is total kismet.

Gilbert doesn’t mind that Anne is pert and lovely, but he thinks that her impetuousness and accident-pronness are worth celebrating, too–if perhaps she steps into trouble differently than Emma does. Both heroes encourage their partners to be their best selves. Gilbert waits patiently for Anne to grow toward him and to leave all of her childhood fantasies of what love should look like behind. Very Knightley.

Gilbert and Knightley are the pinnacle of good guy dreaminess–and no, they are not, as is rumored, going to marry the wrong woman. 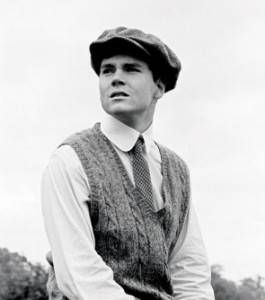 “Don’t feel badly, Pat, dear, because I love you and you can’t love me. I’ve always loved you. I can’t help it and I wouldn’t if I could,” writes Hilary to Pat, and the exchange only gets more heart-breaking from there. You see that Hilary and Brandon are the right choices long before their love interests do. What, does Pat think that great guys just grow on trees?!

If you’ve ever raged at Marianne for being blind, Jingle is the romantic hero for you. He doesn’t mind that it takes Pat eons to realize that she loves him, too; he just loves her faithfully until she’s ready to love back.

Brandon and Jingle are perfectly good, respectable, accomplished fellows who have the initial misfortune of falling for women whose romantic compasses are a bit broken.

Charlie Sloan (from Anne of Avonlea) as Mr. Collins (from Pride and Prejudice)

To Phil Gordon, Charlie is simply “Goggle-eyes,” and while it’s not good form to criticize Island boys, everyone else at least tacitly realizes that Charlie is an embarrassingly unattractive prospect. He always says the wrong thing, and he never seems to know when to stop speaking. He’s at the party, but you’re not thrilled with whoever invited him. He’s family, but only in the most obligatory of senses.

Charlie is fairly certain that Anne will be honored by his marriage proposal–really, anyone else in the room could have set him straight there, had he asked–and is bitter and then vicious in his disappointment when she opts for a hard pass. There’s a little yelling in both proposal scenes, and there are big sighs of relief when these guys move on to other partners.

I’ve never understood why Darcy is considered such a catch. He’s terribly uncommunicative, he’s far too aware of his own handsomeness, and he’s very presumptuous when it comes to Elizabeth’s affections. Family snobbery plays in to both relationships: Elizabeth’s is embarrassing; Emily is an orphan. Both men end up with hurt pride because of their presumptions–and, you know, really both of them deserve it. My eternal appreciation to Elizabeth and Emily for taking these guys down a peg or two.

Their families are also a real pain in the ass. Teddy’s mother is dead set against him marrying Emily; Darcy’s aunt would sooner die than see her nephew sink as low as a Bennett girl. Older women throw mad road blocks; Emily is given more reason to forgive them than Elizabeth.

All right, sure, Teddy and Darcy have their charms, but it really takes a lot of work to get those charms to surface. Darcy is very generous when he needs to be; Teddy is a very talented artist. Sure, sure, they’re not all bad. Still, these two are too pouty and entitled for my taste. 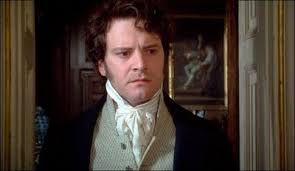 Royal and Willoughby fall in love quickly, and they do it with their eyeballs. They’ve got family money–and they walk into rooms all puffed up because of it. They’re pretty!–they’re also a bit dim. They’ll tell you they love you, only you, it’s always been you!–but you’ll find out later that it’s not close to true, and they are perfectly capable of recovering from the “heartbreak” of you ending up with someone else.

Royal and Willoughby are the quintessential Lotharios of these canons. Appealing on the surface, they may turn a pretty phrase and buy you shiny presents, but when it comes to what matters, they’ll disappoint you every time.

“Dean isn’t that bad….!” you’re about to say. Don’t. Zip it. Remind yourself, instead, that Dean’s huge lie to Emily had painful consequences—that she, like Elizabeth Darcy, almost lost everything because of his deceitfulness. Both women are matched to these men by town gossips and their own momentary bad taste; both are lucky to end up with someone else.

Wickham nearly destroys the Bennett family name; Priest does destroy Emily’s dearest aspirations. And then there is the cradle-robbing nature of these fellows’ tastes. Dean may put together a groovy cottage, but I do believe that the way he interacts with Emily would make cautious people think “grooming.” Nothing good to say about Wickham in that department, either.

These are the creepy creeps of the Montgomery/Austen pantheons.

For the “will they or won’t they?” nature of their romantic connections especially. Andrew and Edward are both extremely good guys, and their skillfulness when it comes to entertaining children will melt your heart—melt it right to bits. However, they’re also both a little too spineless for their own goods. They let their overbearing sisters push them around, and family interference ends up keeping them from the women they love for far too long.

Not letting Elinor or Robin wholly off of the hook, though: both women lack gumption themselves. Insecurity and stubbornness are persistent issues all around. It takes ages for these couples to fight their way back to one another. You’ll be happy for them in the end, but you might skimp on their wedding gifts as punishment.

Barney Snaith (of The Blue Castle) as Captain Wentworth (of Persuasion)

From the outside, it’s pretty obvious that Barney loves Valancy, and that Wentworth loves Anne. But romantic communication is a problem for these fellows; they’re really, really slow to absorb, and volley back, an “I love you.” You’ll want to shake them for their indecision and will want to roll your eyes at their general lack of confidence.

Still, you can be confident that both Valancy and Anne have secured themselves good partners, even if they have to suffer through a lot of delayed gratification to get there.

You want to have something mean to say about Eric and Charles because they are so cloyingly blessed. They are handsome, happy, easy-going fellows who have no real familiarity with strife, and they are really too accommodating for their own good. That’s how Eric ends up teaching on the Island; that’s how Charles ends up hosting a party where every interaction is misconstrued.

You want to be annoyed at them for their taste, too, because they do the head over heels thing for incredibly beautiful women. They fall, they’re done, they never look back. Damn it all, though: the gorgeous gals they fall for have that pure simplicity business going on, too.

Eric and Charles face romantic hurdles that really are a bit overly dramatic, and you really do worry that they never discuss anything of substance with their eventual partners. Still, you know that they’re going to have lots of chubby, blue-eyed, beautiful babies, be overly generous to everyone they encounter, and live happily ever after.