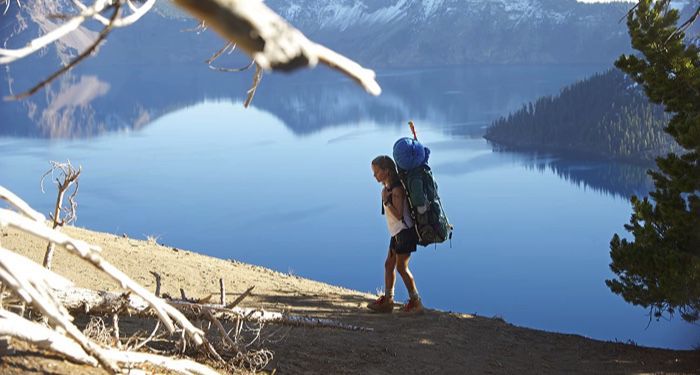 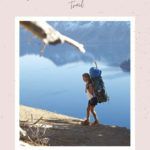 It’s an unusual person who will want to hike the Pacific Crest Trail.

First off, it’s an arduous trek of over 2,600 miles on foot. The trail begins on the border of Mexico and ends in Canada. It zigzags across California, Oregon, and Washington, passing through six out of seven of North America’s ecozones. You will have to pass through deserts where the temperatures are hotter than 100 degrees Fahrenheit, and you may also have to endure below-freezing weather in the mountains when you hit the High Sierras.

Secondly, the trip takes months of planning, and the actual journey about six months. You endure the pain of hiking 20 miles a day, you eat freeze-dried foods for half a year, and you suffer thirst through the long stretches between water refills. Hardly enticing for the average person and probably unrealistic given how tied down most of us are to jobs and the people we love.

What Compels People to Hike the PCT?

The woods hold a deep power, despite its dangers. Many feel a kinship with nature and a love for the outdoors. In The Pacific Crest Trail, William R. Gray talks about “the pride of surmounting a difficult pass, the simple luxury of falling asleep in a silent area of rocks, trees, and stars.” Certainly that’s part of the allure, but it’s much more than a simple love of the wilderness.

There is an element of escape, too, or a desire to live differently than the typical 9-to-5, career-building life of a modern city dweller. Such were the thoughts of the couple from A Blistered Kind of Love, who called their pilgrimage an attempt at “overcoming years of pathetic suburban impotence.”

Yet others are led by love, as in the case of Gail Storey in I Promise Not to Suffer, who agreed to support her partner by doing the hike with him. Some, like Cheryl Strayed, seek the trail to confront demons and search for themselves.

I find all of these reasons fascinating. The more tormented the soul, the deeper my fascination. Here are a select few of the most interesting memoirs written or co-authored by women who hiked the Pacific Crest Trail. Enjoy them as an escape from your routines, or perhaps use them to dare yourself to break out of your slumps to do something as freeing as hiking the PCT for six months. 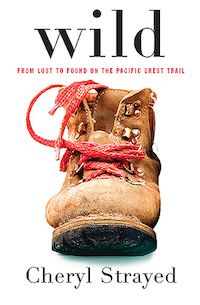 This memoir is not about finishing the Pacific Crest Trail or even hiking it well. Cheryl Strayed begins her journey woefully unprepared for her time in the wilderness.  She skips parts of the trail to arrive at her final destination in Canada. For these reasons, Wild is not really for the hardcore PCT enthusiasts with purist expectations. The story is more about the author’s soul wanderings, with the trail taking a more symbolic role. Read about her tormented journey as she hikes more than a thousand miles alone, trying to find herself. 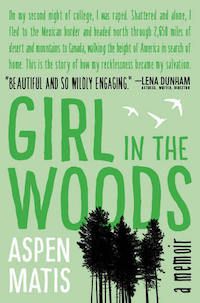 Girl in the Woods: A Memoir by Aspen Matis

Every bit as intense and honest as Wild, Girl in the Woods is another memoir of a woman trying to find healing amidst emotional devastation. Aspen Mathis, a young victim of date rape, embarks on a five-month journey on the Pacific Crest Trail to seek healing and confront what happened. 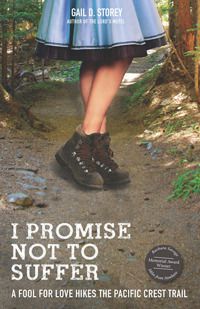 I Promise Not to Suffer: A Fool For Love Hikes the Pacific Crest Trail by Gail StorEy

Written with humor and honesty, I Promise Not to Suffer is the memoir of a woman who decides to accompany her husband on the 2,600-mile trail. Gail Storey speaks from a place of maturity in her story as they were in their 50s when they attempted the extraordinary adventure. 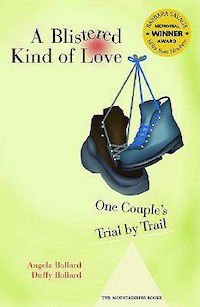 A Blistered Kind of Love: One Couple’s Trial by Trail by Angela Ballard and Duffy Ballard

Long before the spate of books on hiking the PCT began flooding the market, A Blistered Kind of Love came out and won the 2004 National Outdoor Book Award. The story chronicles a couple’s journey on the Pacific Crest Trail in alternating “he said/she said” chapters that are funny and delightful to read. 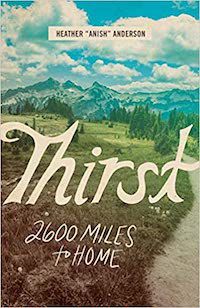 “Growing up, I was overweight, inactive, and introverted—a bookworm of the highest order,” says Heather “Anish” Anderson in her memoir about her goal to gain the fastest known time on the PCT. She talks about how she was a “scaredy-cat as a little girl,” but how “somewhere along the way I learned to stop letting fear stop me.” A truly inspiring read of a woman who not only hiked the PCT but did it twice as fast as the average hiker.

For more books on nature, see The Nature Writing That Helped Me Fall in Love with the Outdoors. Fellow Rioter Jaime Herndon also discusses the need for more diverse voices in this genre.