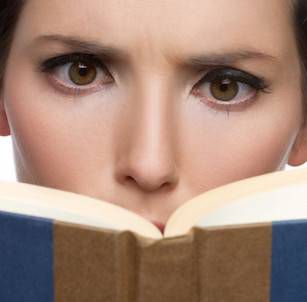 I’ve been thinking about how the characters I read affect my reading habits. Often, the debate on likeable vs unlikeable characters is a gendered one. Folks tend to be harder on female characters, and boy do some female authors get loaded questions when interviewed about their stories. I had a good, long think about it, and my reaction to characters has never been gendered. But as someone with a vivid imagination, when I read, I tend to play out the scenes in my head or kind of insert myself into the situations. The conclusion I eventually came to is that I was judging the characters as if they were real people; judgements that would make or break a friendship between myself and them.

No, I’m not delusional, or unable to separate fiction from reality: I’ve just got, as I mentioned before, a vivid imagination. One reason I love reading is because the story, the world, the rules, the characters, are already fleshed out for me, and I get to play in that world in my head for the duration of the book. I like video games for the same reason, and the added dimension of being an active participant. I’ve never liked tabletop games though, and the unpredictability of them, randomness of the situations, and making up the stories as you go aspect. I like for everything to be all set, ready for me to jump in and play.

So when I jump into a new world in a book, and the main characters aren’t people I could see myself hanging out with in real life, this unconscious string of judgements begins to take hold, until it gets to the point where I might even brush off any future works by an author simply because of the characters they write. In many cases, it isn’t even about how the character was portrayed, or whether the author was fair – it’s about how I felt about the character on a personal level.

“What did people see in this book? The main characters are [jerks, idiots, etc]!”

“Why would the author write a character who is such an ass? I’m not rooting for them at all.”

“That book was such a frustrating read – I hated the main characters; at least all the side characters were brilliant!”

Until recent years, I didn’t have folks around me asking the right questions whenever I had criticisms of a book that basically amounted to what you see in the quotations above. Questions like, “Why does the character frustrate you?” or “What was bad about the way the character was written?” or even “But was that character well and fairly portrayed?” Better yet, “Is it a good story?”

Indeed, why was I frustrated? If I had read Gone Girl five years ago, I would have hated it. Even two years ago I would have hated it, like I hated Scott Pilgrim, like I disliked Paper Towns and Looking for Alaska, and Romeo & Juliet, every other story I’ve picked up not-so-recently with characters who are, in a word, unlikeable. Or, characters who make dumb decisions or don’t treat others well, who I perceive as selfish, and the list goes on.

The likeability or unlikeability of a character doesn’t have any bearing on whether that character is written well, or treated fairly, or whether the story they’re in is “good” or “bad.” And it’s a real tough habit to break.

I loved Gone Girl. I have a Scott Pilgrim re-read planned because I loved the more recent Seconds, which also features a rather selfish main character. I’m going to see the film adaptations of Looking for Alaska and Paper Towns, and I’m actually looking forward to them. Hell, I’ve actually been to Verona, and it’s gorgeous.

The big question is, how did this change in me come about? I wish I could pinpoint the exact time it clicked, or even confirm that I’m past making these judgements, but I can’t. I can tell you what has helped, though. My increased awareness of gender disparities in media and in the industry (and the world at large), interviews like the one I linked earlier in this post with Claire Messud, and making an effort to read more diversely have all had a huge impact in my perception of story-telling, and character portrayal in general.

Diversity in the media I consume has been so, so instrumental in not only expanding my worldview, but training my critical eye to read between the lines and make better arguments. In the span of, I dunno, maybe ~100 books, I’ve gone from judging books by the (negative) feelings characters evoked in me to judging them by what I’ve gained by having read it. Did I learn something about another culture? Was I moved? Did I learn something about myself? Did I laugh? Was I entertained? There are way better things to base my criticisms on than the likeability of a story’s characters, and it’s what I’m working on now.